Why Should You Care About Seed Diversity? Here are 7 Reasons

Traditional seed varieties have disappeared at an alarming rate - but there's still a chance to preserve the astonishing genetic diversity that remains on the world's farms. Here's why it matters. 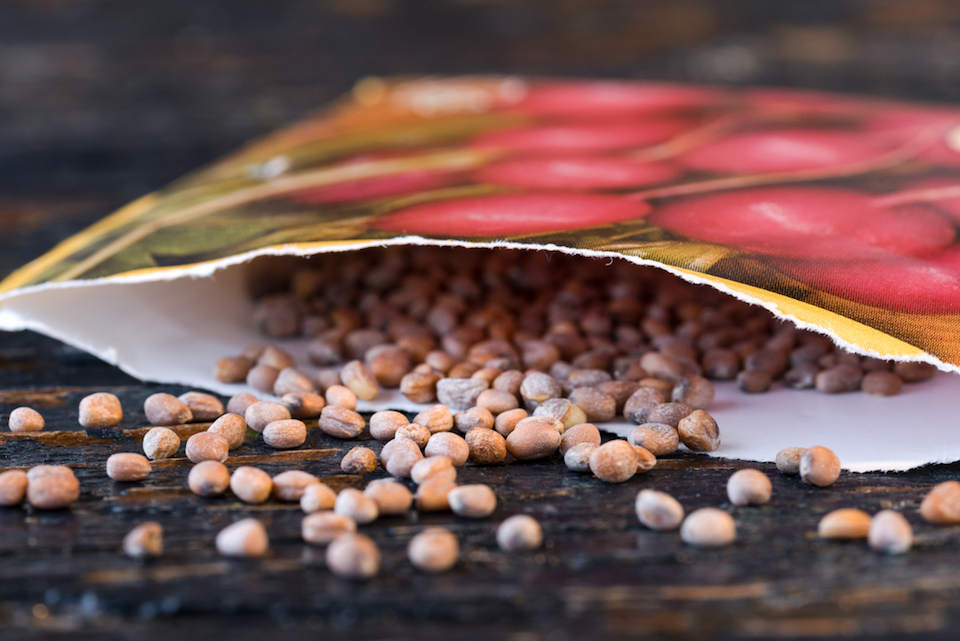 In the meantime, a few of grain crops have come to dominate U.S. agriculture. Corn or soybeans are now planted on more than 50 percent of our nation’s arable acreage. About 90 percent of those acres are comprised of just a handful of genetically-engineered seeds varieties. In fact, there are just 12 varieties of corn remaining at the USDA’s National Center for Genetic Resources Preservation in Fort Collins, Colorado, compared to the 307 available at the turn of the 20th century.

The decline of seed diversity is a result of the relentless effort to industrialize agriculture. While this approach has in many cases improved yields, it has not been without consequences. The good news is that today, hundreds of seed and crop preservation groups across the world are working to revive lost and endangered varieties. These seed activists believe the genetic diversity of crops to be one of humanity’s greatest assets. Here’s why.

Just ask the best chefs in the world. A Chinese ‘Red Meat‘ radish is a different animal altogether when compared to a ‘Spanish Black‘ radish. There are skinny ‘Rat’s Tail‘ radishes from India and 15-pound soccer ball-sized radishes from the Island of Sakurajima in Japan. The cornucopia of flavor found in the world’s heritage varieties alone is reason enough to preserve them.

Just 12 varieties of corn remain, compared to 307 at the turn of the 20th century.

The Earth Is Diverse

We don’t all plant in the same soil – some places are rich in iron and low in clay content; others are loamy, but low in zinc. The great diversity of crop varieties has developed for exactly this reason. Every nook of this planet has its own microclimate, its own unique growing conditions. Through a combination of natural selection and trial-and-error, farmers have developed varieties uniquely suited to their locale over the course of centuries.

The Future Is Uncertain

Due to climate change, the weather patterns farmers have come to know and rely on in a given location are no longer holding true. Pests and diseases are showing up in places where they were unknown just a few years ago and growing conditions are increasingly unpredictable around the world. But given the opportunity, genetic diversity holds the key to adaptability and resilience in agriculture.

Staying a Step Ahead of Pests and Disease

In modern agriculture, pests and disease are controlled largely with the use of synthetic chemicals, which kill off beneficial bugs along with the bad guys. The old-fashioned approach to pest control was to plant a diverse mix of crops. In any given year, critters might decimate some plants, while others would prove resistant. The prevalence of monocultures – planting of a single variety over many acres – has contributed to the loss of natural, gene-based resistance.

Just as every variety of radish, cucumber, or pepper tastes a bit different, each also ripens at a different pace. Early-, mid-, and late-season varieties are crucial for extending the harvest, especially for home gardeners and small farmers. If your entire crop ripens all at once, it’s hard to eat (or sell) it all before it goes bad. Spreading out the abundance of the growing season is one of the principal reasons that diverse varieties have developed over time.

Spreading Out the Risk

Another important point follows directly from the previous: the more diverse your plantings, the less you stand to lose when something doesn’t work out the way you hoped. This can have major economic consequences. Farmers who plant a single variety are extremely vulnerable if conditions – be it disease, pests, climatic factors, or market demand – aren’t just right for that one variety to produce abundantly. For this reason, modern-day farmers are often dependent on government subsidies to bail them out when their crops fail.

Every Seed Has a Story to Tell

The stories of many modern seed varieties boil down to how a corporate scientist bred them for the traits most likely to reap profits for their employer. Contrast that to the centuries-long stories of heirloom seeds, which are intertwined with the lives of those who cultivated them. The women who hid seeds of ancient African rice varieties in their hair as they were forced aboard slave ships, for example; or the tribes in New Mexico who recently revived ‘Po’suwaegah‘ blue corn, a variety their ancestors made into a nutritious creamy beverage. The diverse foods of the planet, and the seeds they come from, are a priceless piece of our humanity.

Not to plant diverse seeds together.
(Leviticus 19:19)