A study provides an overview of California's agricultural industry as it faces climate change. 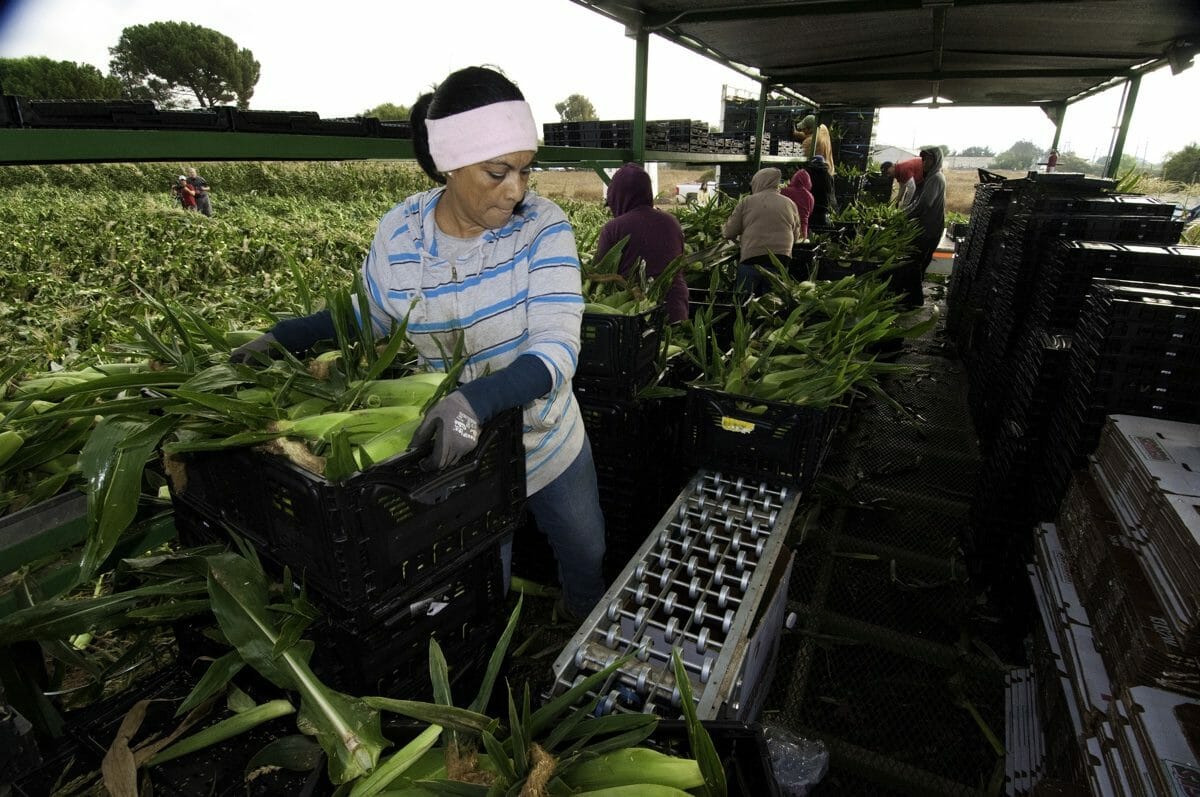 To put it in the words of the scientists themselves: “The detailed review presented in this paper provides sufficient evidence that the climate in California has changed significantly…and justifies the urgency and importance of enhancing the adaptive capacity of agriculture and reducing vulnerability to climate change.”

The detailed review they’re talking about is a comprehensive analysis of various climate-related trends over the past century or so – precipitation, temperature, droughts, extreme weather conditions, and the amount of snowpack in the Sierra Nevada mountains (which provides much of California’s agricultural water) – to develop forward projections for the state’s very complex agricultural landscape. The study also looked at a handful of California’s more vital edibles, including walnuts, oranges, almonds, grapes (wine and table), and avocados. 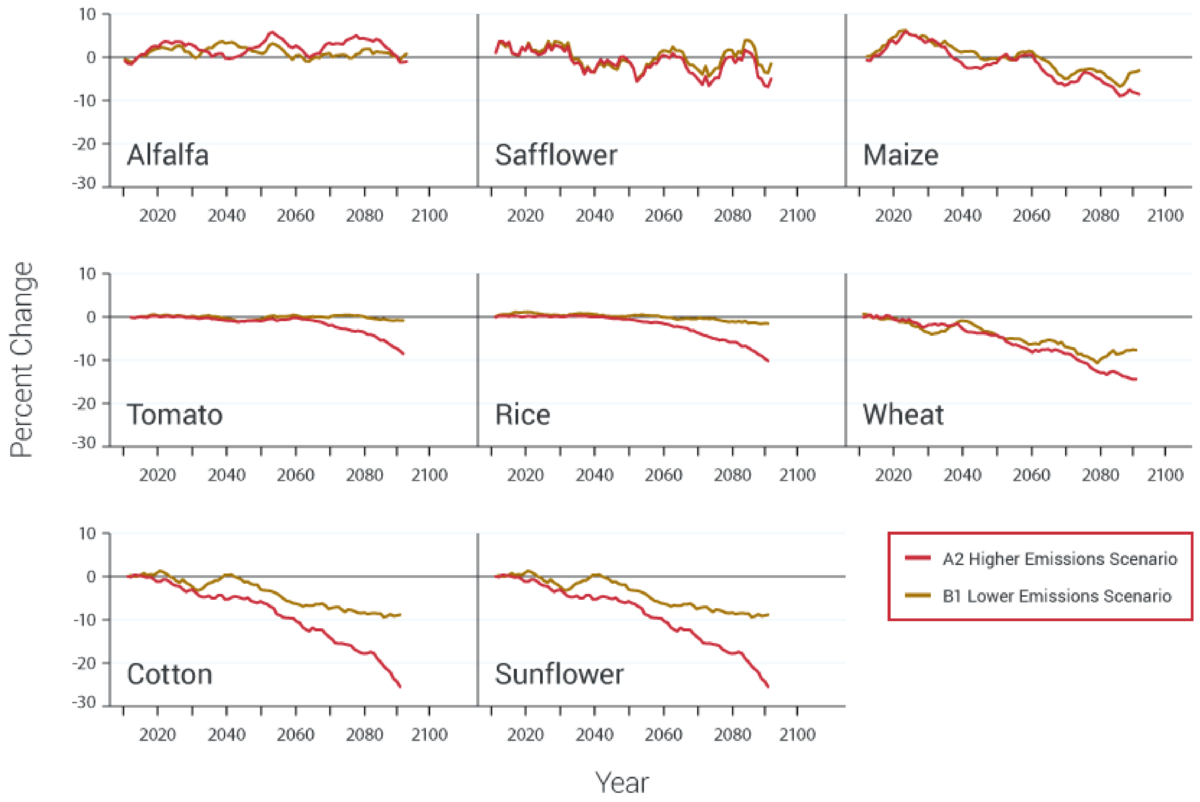 The results are as varied as the state’s agricultural landscape. “California agriculture is very diverse and since each crop responds to climate differently, climate adaptation research should be locally focused,” write the study’s authors. But there are trends, and those trends are scary.

Among the warning signs found in California are increased maximum and decreased minimum temperatures, unpredictable precipitation, reduced snowpack, and a greater frequency of climate emergencies (like droughts and floods). By tracking those factors in specific areas, the researchers are able to make certain predictions. For example: Fruits like apricots, peaches, nectarines, and plums have specific cold-weather requirements (at least as they’re grown now). Currently, about 20-45 percent of the Central Valley is able to support those crops; by the end of the century, only 10 percent of that same area will be suitable as daytime heatwaves increase and nighttime temperatures rise. For crops requiring even more cold weather, like apples, cherries, and pears? “Virtually no areas will remain suitable by 2041-2060,” reads the study. Those aren’t major crops for the Central Valley today, but in the mid-1990s, California produced 8.5 percent of the nation’s apples. In a few decades? Zero percent. 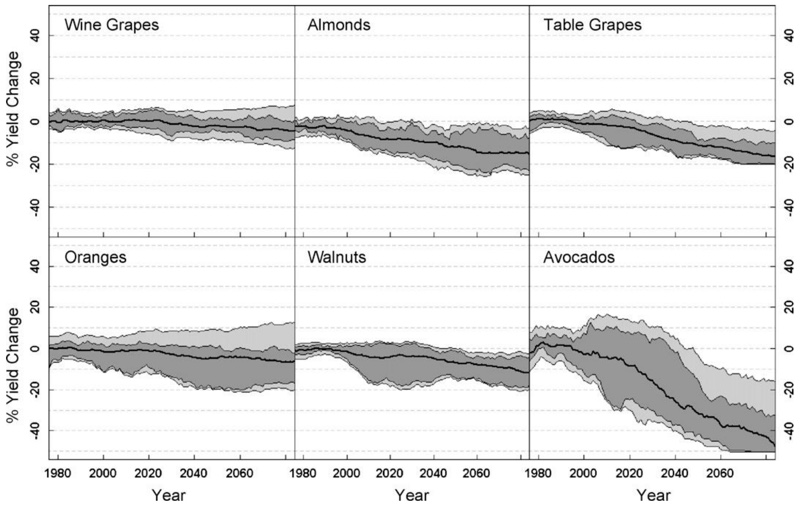 This figure, from the paper, shows crop yield changes associated with future climate scenarios, with yield anomalies from 2000”“2003 average yields, in percent, constrained to historical extremes. The black line shows median projections, the dark shaded area shows 90% confidence interval after accounting for climate uncertainty, and the light shaded area shows a 90% confidence interval after accounting for both climate and crop uncertainty

The study makes it very clear that climate change will affect different crops in different ways. Certain locations are more at risk; the Salinas Valley and the San Joaquin Valley looks to be the most vulnerable, while Northern California’s wine country may not be hit as hard. Wine grapes may not suffer a yield decrease at all, but their flavor, aroma, and color may be affected. Alfalfa yields may actually see an increase, while tomatoes and rice yields are predicted to remain unchanged. Other crops, however, like oranges, almonds, and avocados, are likely to see moderate to substantial declines in yield – and as the population grows, that’s a change humanity will have to deal with.

You can read the full study here.

Most of the decline in the central valley is caused by sending 95% of the rain water straight out to the ocean. We can thank the environmentalists & their hold on Sacramento for that fiasco.

Popular
7 Smokable Plants You Can Grow That Aren’t MarijuanaBrian Barth
Why Don’t We Eat Turkey Eggs?Dan Nosowitz
6 Differences Between Llamas and AlpacasAndrew Amelinckx
Holey Cow: The Wonderful World of a Fistulated CowAnna O†™Brien
Goat Sex: Everything You Wanted to Know But Were Afraid to AskAndrew Amelinckx
Explore Modern Farmer
Related
news
The Fertilizer Shortage Will Persist in 2023Shea Swenson
Environment, Food & Drink
Where Has All the Mustard Gone?Chloe Faure
Animals, Environment, Technology
Alaskan Salmon Face a Stream of New MinesBecki Robins
Animals, MTMF
Meet the Maine Teenager-Turned-Landscaper Thanks to Grazing GoatsBridget Shirvell
wpDiscuz
We use cookies on our website to give you the most relevant experience by remembering your preferences and repeat visits. By clicking “Accept”, you consent to the use of ALL the cookies.
Cookie settings ACCEPT
Privacy & Cookies Policy