Neonicotinoid Pesticides Have Been Found in Wild Turkeys 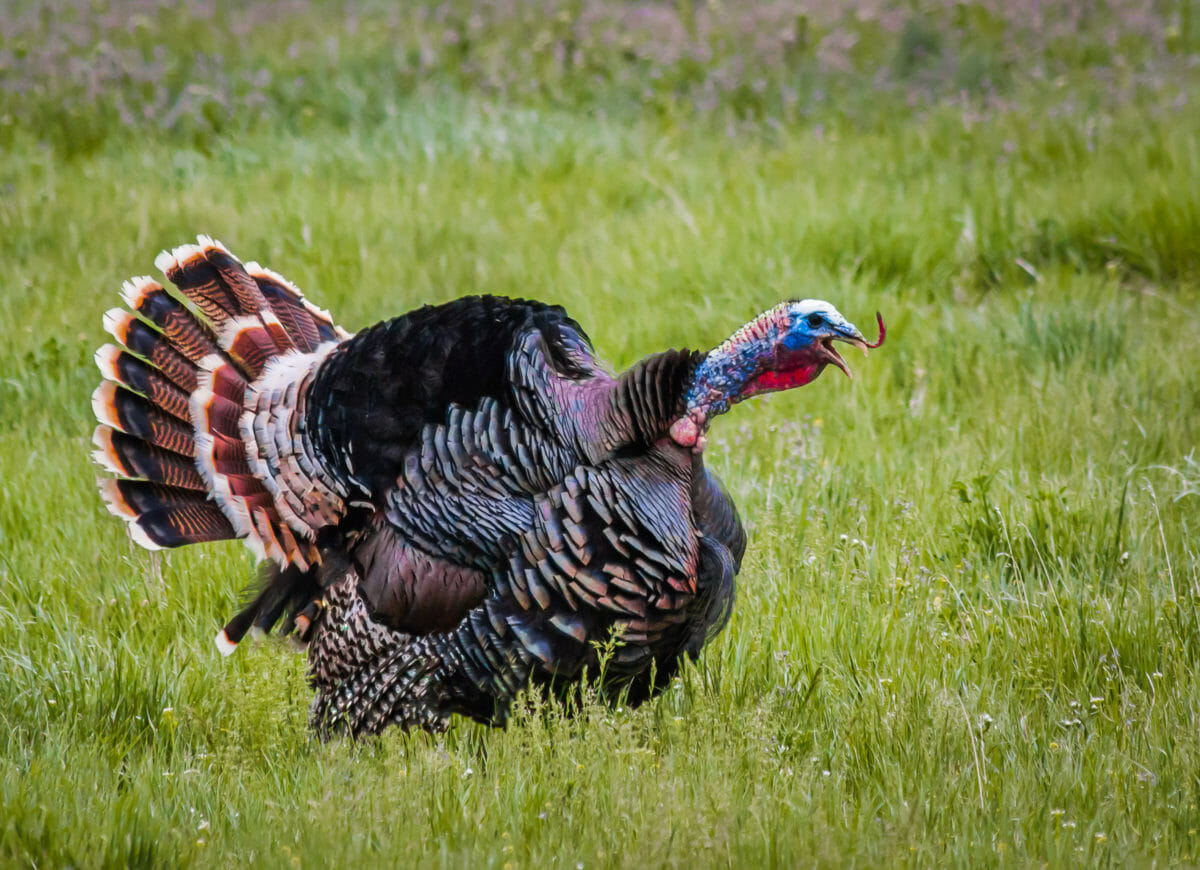 But a new study from the University of Guelph finds that honeybees aren’t the only non-pest creatures that are coming into contact with the pesticides.

Neonicotinoids, sometimes called neonics, are pesticides chemically similar to nicotine, hence their name. There are several different varieties, with the three most common being imidacloprid, thiamethoxam, and clothianidin. They’re exceedingly prevalent in the United States and were also used in Europe – at least before they were banned in the EU earlier this year.

Neonicotinoids have been repeatedly linked to honeybee colony collapse disorder, and concern for the pollinators is generally stated as a major reason for bans and restrictions. But research on other animals has not been as extensive; a study in 2014 found a correlation between the increase in neonicotinoid use and a decrease in insect-eating birds, but, as we all learned in high school, correlation does not necessarily mean causation.

This new study examined carcasses of wild turkeys in southern Ontario and found that nearly 25 percent of them had detectable levels of neonicotinoids in their livers. Wild turkeys are omnivores, eating basically anything they can catch or find, and it’s fairly common for them to eat seeds. Neonicotinoids are generally sold as seeds treated with the brightly colored pesticide, and corn and soy coated seeds were found in some of the birds’ digestive systems.

What this study does not examine is the effects of consuming neonicotinoids on wild turkeys (or any other animal). Last year, the EPA released an assessment finding that seed-eating birds can be harmed by consuming neonic-coated seeds; likely effects include reduced reproductive activity and migratory abilities.

Popular
Is Agroforestry the Key to Hardier Row Crops?Shea Swenson
7 Smokable Plants You Can Grow That Aren’t MarijuanaBrian Barth
Why Don’t We Eat Turkey Eggs?Dan Nosowitz
Goat Sex: Everything You Wanted to Know But Were Afraid to AskAndrew Amelinckx
Where Has All the Mustard Gone?Chloe Faure
Explore Modern Farmer
Related
Environment, Food & Drink
Where Has All the Mustard Gone?Chloe Faure
Animals, Environment, Technology
Alaskan Salmon Face a Stream of New MinesBecki Robins
Animals, Food & Drink, Lifestyle
The Great (Sticker Shock) ThanksgivingLindsay Campbell
States Mull Limits on Foreign Ownership of FarmlandJohnathan Hettinger
wpDiscuz
We use cookies on our website to give you the most relevant experience by remembering your preferences and repeat visits. By clicking “Accept”, you consent to the use of ALL the cookies.
Cookie settings ACCEPT
Privacy & Cookies Policy