Why Do Bee Colonies Collapse?

It's a good question - one scientists continue to grapple with 10 years after colony collapse disorder was first identified. 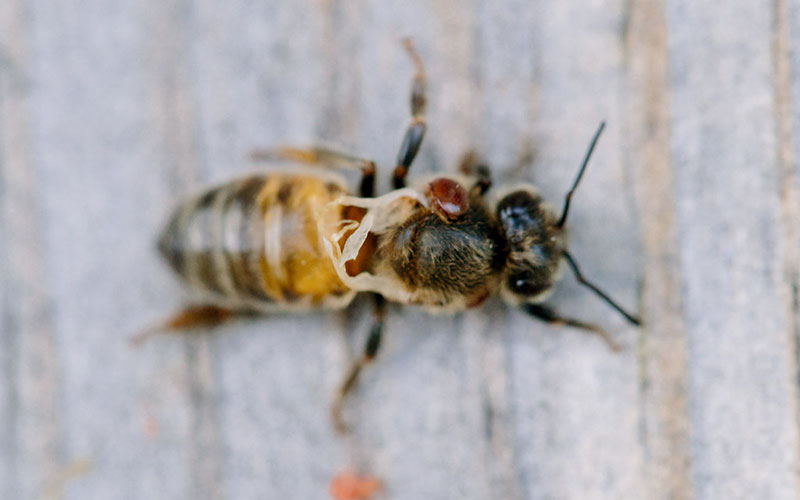 One of the most talked-about involves neonicotinoids, a class of insecticides chemically related to nicotine. Widely used by farmers and consumers since the 1990s, these “neonics” have recently made news due to Maryland legislation that would outlaw consumer use of neonicotinoids by 2018. The bill passed the House and Senate in April and was awaiting Governor Larry Hogan’s signature at press time. For now, the insecticides remain legal throughout the United States, though Lowe’s has vowed to phase out all neonic products by mid-2019, and the Home Depot has announced it will phase out plants treated with the chemicals within the next two years.

Another major threat to American honeybees: the parasitic varroa mite (Varroa destructor), which arrived from Asia in 1987. The brownish-red bugs, no larger than the head of a pin, are now found in all 50 states. Pregnant mites enter a bee colony’s brood cells and rapidly multiply, sucking the bees’ blood, weakening their immune systems, and exposing them to disease. An unchecked infestation can wipe out a colony in less than two years. Researchers at Washington State University are testing a theory that mycelium from certain mushroom species might strengthen bees’ immune systems or even kill varroa mites outright. Early experiments offer a glimmer of hope for the pollinators.

Plus:
How to Keep Honeybees »
More stories from #beeweek »