Labor Conditions on Tea and Cocoa Farms Are Not Good

Even certified farms were hardly admirable. 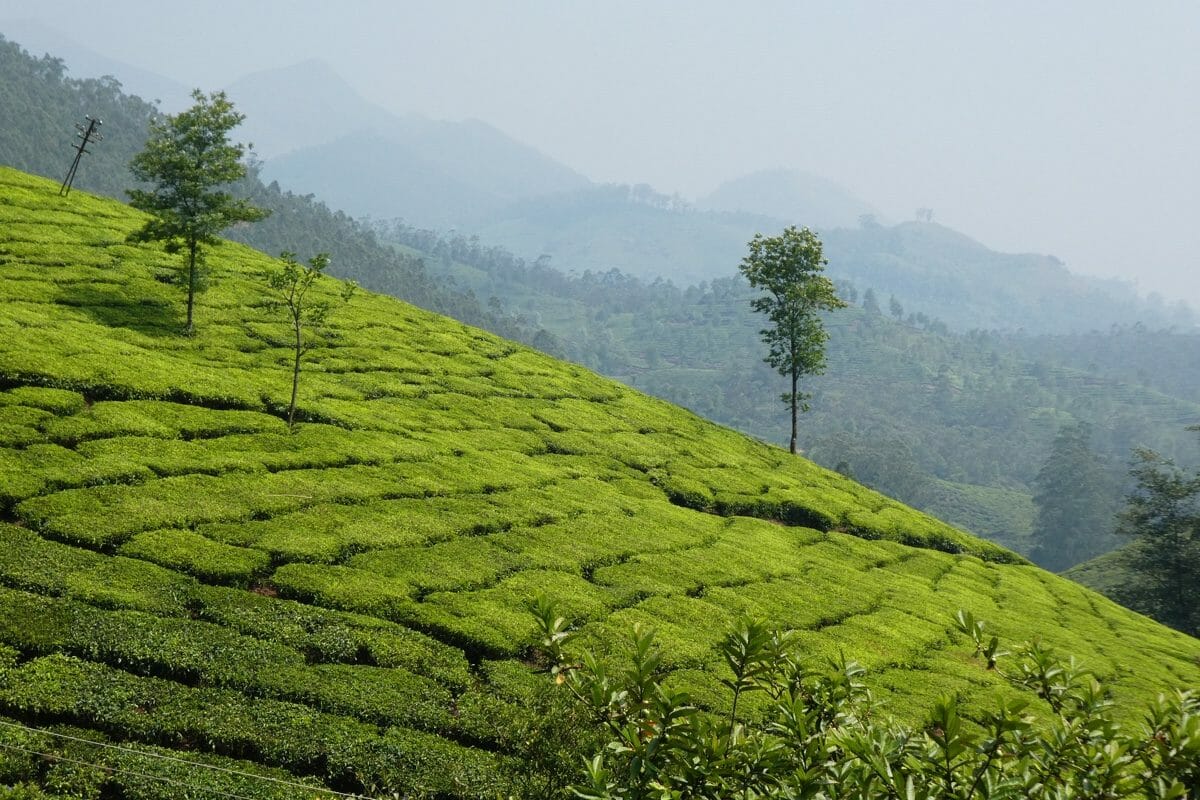 A two-year study, titled The Global Business of Forced Labor, took a look at the labor situations for two of the world’s biggest suppliers of two of the world’s biggest crops: tea in India, and cocoa in Ghana. The results paint a very scary picture of abuse, underpayments, poverty, and abysmal quality of life for farmworkers. According to the study: “There are widespread patterns of labour abuse in tea and cocoa supply chains feeding UK markets. Low prices and irresponsible sourcing practices create high profits for retail and brand firms but this creates a strong and systemic business ‘demand’ for cheap and forced labour.”

Over those two years, the researchers behind the study (led by Genevieve LeBaron at the University of Sheffield) interviewed more than 120 farmworkers and surveyed over 1,000 more, spanning a variety of levels of farm, including some which are certified by third-party auditors, like the Rainforest Alliance. India is the U.S.’s third-biggest supplier of tea, and Ghana is fifth in supplying cocoa products. (That latter stat is probably a little skewed; Canada, which does not grow cocoa, is the biggest cocoa supplier, largely of finished chocolate products.)

The findings are deeply concerning. Widespread reports of abuse – physical, sexual, verbal, debt bonding – pairs with a common inability to provide adequate wages or housing. Tea farmworkers in India are as low as 25 percent of the national poverty line, and cocoa farmworkers in Ghana are around 30 percent of Ghana’s. Huge proportions of farmworkers have been paid late or have had wages unfairly withheld; nearly half of the farmworkers surveyed do not have consistent access to safe drinking water.

Where things get really scary is in the certification process. Consumers of tea and cocoa often have limited knowledge of the circumstances around the cultivation of those crops – do you know where your Maxwell House is grown? – and therefore rely on third-party auditors like Fairtrade, Rainforest Alliance, and Ethical Trade Partnership. The survey included farms that are certified by these companies, but the labor conditions were hardly improved. From the study: “In the tea industry little difference was found in labour standards, including wage levels, between certified and non-certified tea plantations, with certified plantations faring worse than non-certified plantations against some indicators of labour abuse and unfair treatment.”

Almost all of the workers did not know whether their farm was certified or not, and thus were unable to know what sorts of treatment they were entitled to. In addition, there were reports of workers being told to work in a certain way for the inspectors, and then to abandon those patterns when the inspectors had left.

You can read the full report here. 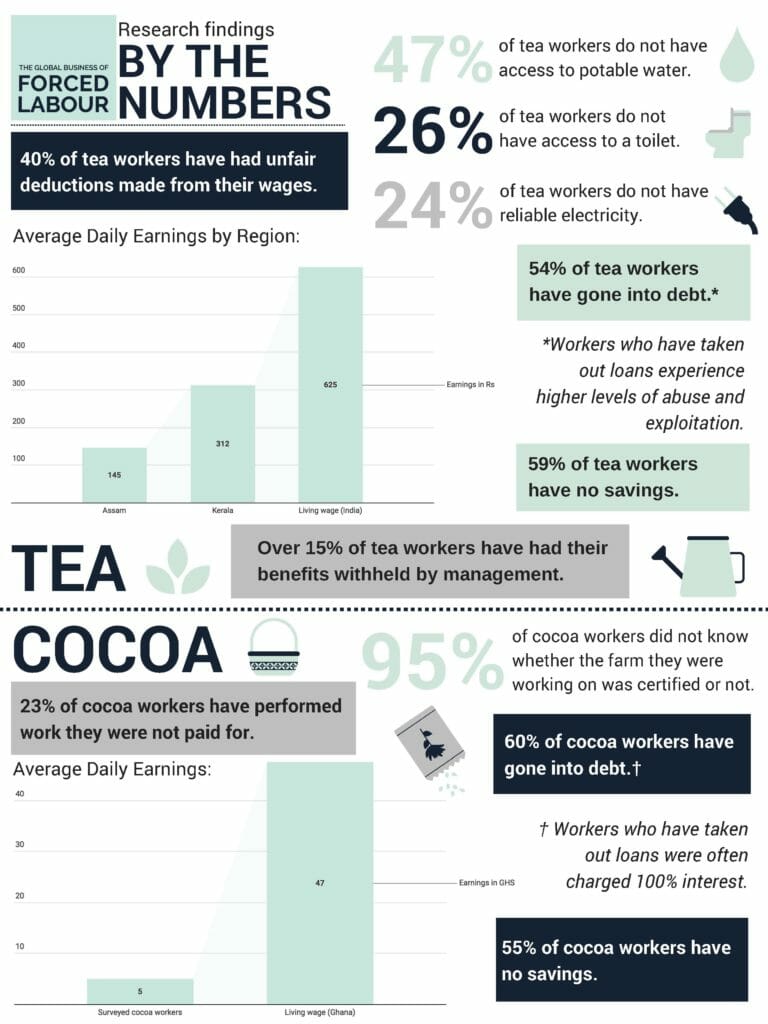 Graphic courtesy of the Global Business of Forced Labour study.

Popular
7 Smokable Plants You Can Grow That Aren’t MarijuanaBrian Barth
6 Differences Between Llamas and AlpacasAndrew Amelinckx
Move Over, Mezcal. A Sustainable Tequila Alternative Is Taking Over.Hollie Stephens
Why Don’t We Eat Turkey Eggs?Dan Nosowitz
Record-Breaking Egg Profits Prompt Accusation of Price GougingClaire Carlson, The Daily Yonder
Explore Modern Farmer
Related
Features, Food Security, Labor
The Rise of Virtual Farmers MarketsLeah Borts-Kuperman
Environment, Labor, Water
California Farms and Farmworkers Attempt to Recover From Record FloodsNaoki Nitta
Food Waste, Opinion, Politics, Technology
How Solar-Powered Refrigerators Could Cool Down Climate ChangeAbay Yimere
Food Security, Labor, news
A New Egg Co-operative Has Hatched in the Western U.S.Lindsay Campbell
wpDiscuz
We use cookies on our website to give you the most relevant experience by remembering your preferences and repeat visits. By clicking “Accept”, you consent to the use of ALL the cookies.
Cookie settings ACCEPT
Privacy & Cookies Policy