The Blockchain Comes to Agriculture

Plus: an explanation of what the heck blockchain even is. 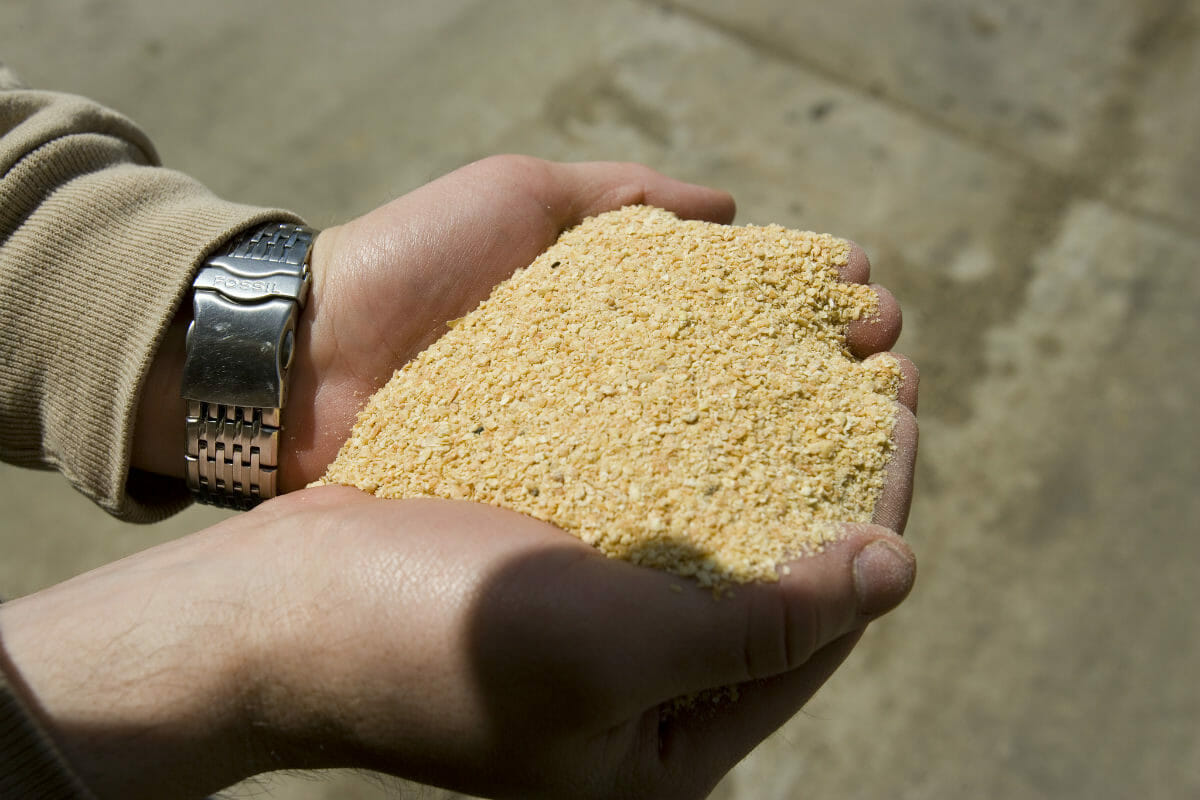 What is a blockchain?

Blockchain technology is basically a decentralized record-keeping system. Think of it as a framework used to create software to do tasks, like trading Bitcoin or completing a sale. The blockchain’s main virtues are security and instant verification, as is the idea of decentralization – removing from power entities like governments and banks – of course. Let’s get into that.

Record-keeping systems today are typically centralized. For example: If you use a debit card to take money out of an ATM, it first checks with your bank to make sure you have the funds to conduct the transaction. That puts a lot of control in the hands of the record keepers: banks, governments, corporations.

The blockchain instead uses networks of computers, all working together, to keep and verify those sorts of records. Each computer stores a “block,” basically a chunk of time-stamped data, which is linked to the next computer, where another block is stored. This forms a chain. Each of those blocks are cryptographically locked; the only people who can access it are the original data owners and anyone those owners allow to have access.

Another benefit of the blockchain is that it’s updated in realtime. In a traditional transaction, there’s a usually a linear order to the process: you complete a form, the other party in your transaction completes a form, and then you both mail or otherwise send those forms to a third party, like a bank or a lawyer, to verify the information. (Or, think about that ATM example: you swipe your bank card and tell the machine how much money you want, but before it gives you any cash, it verifies with your bank that the money is indeed in your account). But in a blockchain transaction, that third party isn’t necessary because the blockchain itself – securely locked and impartial – can do the verifications on its own. And it can do this in real time, so both sides of the transaction are completed at the same time.

Ok. Got that. Now what about this sale?

Louis Dreyfus Co. – yes, Seinfeld actress Julia Louis-Dreyfus is a descendant of the founding family – is a company that buys and sells food, real estate, hedge funds, and more. They’ve recently conducted what they’re saying is the first agricultural commodity trade using blockchain technology, in which they sold roughly 60,000 tons of American soybeans to the Chinese government. The company says by using the blockchain, they managed to cut their processing time and total transaction time down dramatically; the entire thing took only a week, rather than two.

Why, you might ask, would using blockchain software save time? A major factor is simply that transactions like this are often conducted on literal paper, with contracts faxed back and forth to the involved parties and auditing companies to make sure everything is legitimate. Something as simple as a typo can set back the whole process!

Theoretically, there are other ways to digitize trades like this, but blockchain comes with a few advantages. A sale of this magnitude is tremendously complex, with rules about when and how to hand over ownership of the parcel, when and how to pay, elaborate receipts going to who-knows-how-many-agents. The blockchain significantly cleans things up: human typos and errors are caught instantly, the system makes sure that everyone has the exact same set of paperwork, and so on. According to one of the companies involved in setting up the trade, the total time for all these logistics was reduced by a whopping 80 percent.

There are plenty of ways the blockchain can make trade like this even more elaborate. For example: You could track shipments the entire way, making sure that, say, temperature remains constant, with both the seller and buyer informed instantly and simultaneously of any issues.

This particular blockchain platform, which is called Easy Trading Connect, had previously been used for a crude oil sale. And it’s far from the only possible use of the blockchain in the agricultural industry; blockchain startups have popped up to reduce food waste and fraud, more carefully monitor crops, and more. In other words: expect to see the word “blockchain” more and more.