America’s New Favorite Apple, the Honeycrisp, Has a Problem

Bitter pit attacks Honeycrisps. But there might be a solution. 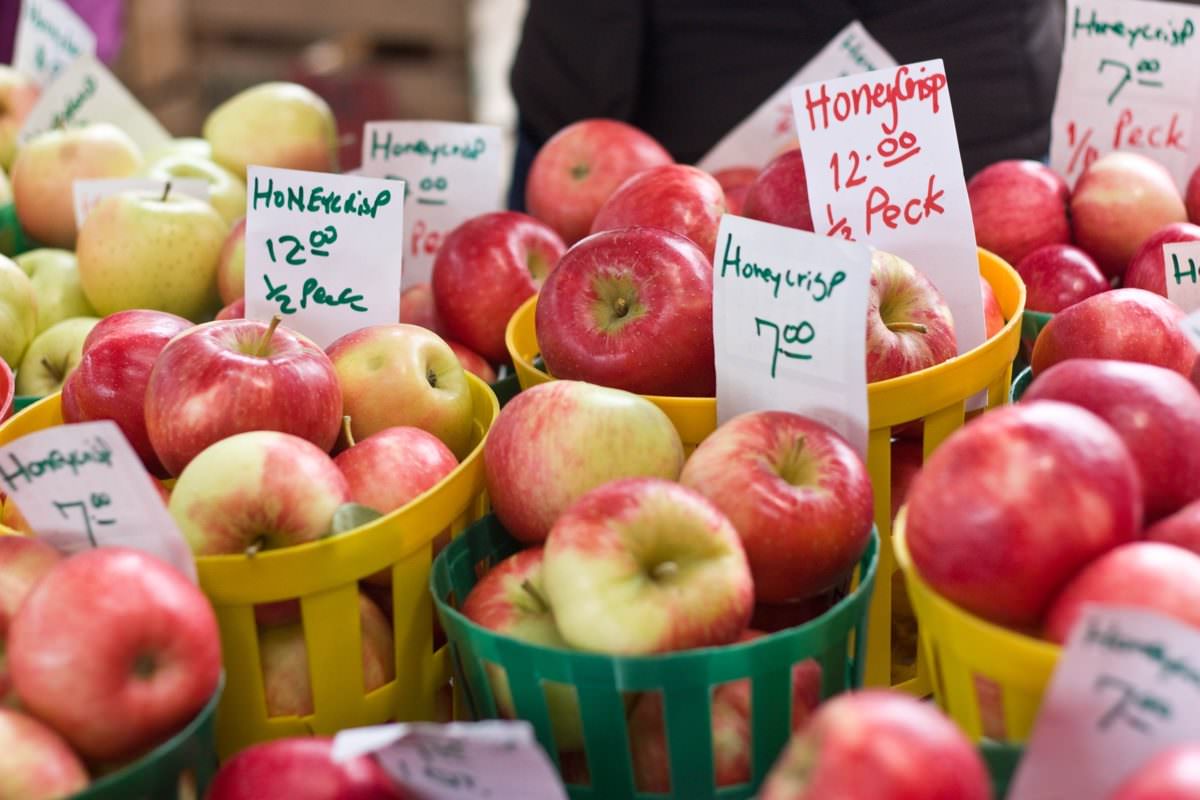 And with good reason; the Honeycrisp is a near-perfect raw apple. It is fantastically crisp, thanks to larger individual cells within its flesh, and it boasts a delicate sweet-tart balance and a light berry flavor. It looks great – bright crimson and a rich chartreuse – and stores well.

Since its introduction in 1991, the Honeycrisp has proven a huge success in the apple world. Today, it’s one of the top three apple varieties in the country in terms of volume, but is unusual among the other top-selling apples because it is sold at a premium. Honeycrisps sell for two to four times as much as the Gala, Granny Smith, or Fuji. That’s partly because people are willing to pay more, because the Honeycrisp is both good and well-known. But it’s also because the Honeycrisp can be a tricky crop: growers note that the tree itself is brittle and will sometimes try to produce too many (and thus smaller, less tasty) apples. Additionally, though it stores well, it must be handled gently, thanks to a very thin skin.

But the Honeycrisp also has a problem, and that problem is called bitter pit.

Bitter pit is a disorder known in all apple varieties that disproportionately affects Honeycrisps – usually, an average of 23 percent of them are affected, though in 2016, a study indicated that an insane 74 percent of Honeycrisps were affected. Bitter pit is a disease that reveals itself only well after picking, when the apple develops patches of black-brown dead spots. These are not dangerous to anyone eating the apple, but do make the fruit unappealing.

Honeycrisps are divided in the fall between apples that will be sold right away and apples that will be put in cold storage to be sold throughout the year. Now imagine this: Say you’re an apple farmer with a hundred apples, 50 of which go into storage and which 50 will be sold that week. Of those, 23 have bitter pit and though they may look perfect now, but those unsightly spots are going to start showing up in a few weeks. It’s lousy odds for the apple farmer: what if you pick the ones to go into storage that later develop bitter pit and can’t be sold?

Farmers want to sell any apples with bitter pit right away – customers will eat them and be very happy. But there hasn’t yet been a way to figure out which apples will develop bitter pit.

But now there may be an answer: A research group at Penn State – Pennsylvania grows the fourth-most apples in the country – figured out that a misbalance of certain minerals, especially a lack of calcium, indicates that an apple will later develop bitter pit. And they’ve also figured out a way to dry, powder, and test the peels from Honeycrisps weeks before harvest, which will allow farmers to decide which apples to sell right away and which to store. Seems like a minor thing, but could be the difference between a profitable harvest and a disastrous one.

What has happened to the wonderful taste of a Honeycrisp apple????? Used to be sweet, juicy and crisp. I don’t even recognize the taste today!!!!!!!!!

why does the apple taste like “perfume” now. It’s not a good taste!

Thanks so much for the explanation and I trust the lab will find a “cure” for what ails my precious HoneyCrisps. Meanwhile, however, the “bitter pit” or whatever it is that has left the outside appearance the same while the eating experience, from skin to core, has become what children call “ycchy,” has not affected 23% of the apples I’ve just bought last week — It affected (infected?) all but one of a dozen. I’ve always been a one-apple person (the last was Fuji, which was doing just fine when I abandoned it), and that’s where I’m going back, unless… Read more »