The USDA Is Being Sued for Delaying New Organic Standards

The Organic Trade Association has had enough. 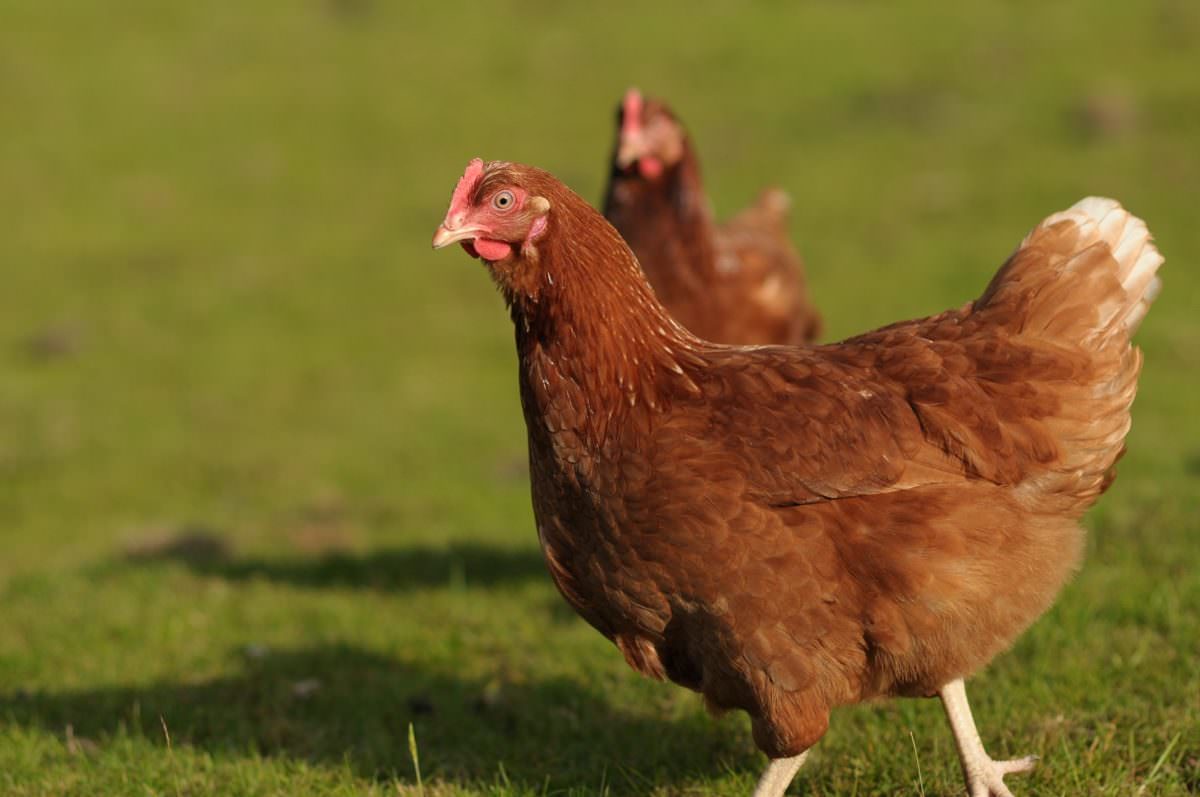 This debate centers around the Organic Livestock and Poultry Practices rule. It is essentially an updated and more precise list of rules about how exactly meat, poultry, and eggs will be produced if they are to score the coveted “organic” label – and the price increase that comes along with it. But the rule has been delayed and questioned so often in the eight months since it was officially introduced that the Organic Trade Association has resorted to the nuclear option: sue the USDA.

Back in 1990, the Organic Foods Production Act established a baseline for organic requirements and established the National Organic Standards Board to regulate it. But as with lots of groundbreaking laws, the Organic Foods Production Act wasn’t perfect; some of its rules were vague, and as organic food became a $47 billion industry, those ambiguities became a problem. Not surprising: organic food is more expensive to both produce and purchase than conventional, but if a seller can work the rules to improve their margins, well, that’s just more money for them.

One of those vague rules that’s central one in this current debate involves egg-laying hens: Specifically, what qualifies their eggs as “organic.” As of May 2017, around 14.6 million hens – nearly 5 percent of all egg-laying hens – are in that group. According to the original rules from 1990, organic hens must have year-round access to the outdoors. But the rules don’t go further than that. What does “access” really mean?

(Quick note: there are different rules for chickens raised for their meat (“broilers”) and chickens raised to lay eggs. What we’re talking about here are egg-laying hens.)

Many large companies, like Herbruck’s Poultry Ranch and Cal-Maine Foods – the two largest organic egg producers in the US, according to NPR – have interpreted “access to the outdoors” to include what are called porches. These porches, as a Washington Post story showed, are often barely different from a conventional barn; they have a roof, walls, and hard floors. The only difference? A section of those walls is screened. They’re far from the bucolic ideal of chickens running through pasture, pecking at the dirt, squinting in the sun, and stretching their wings (for more on that, see “This Ad Calls “Bullsh*t” on Cage-Free Eggs, So Let’s Talk About Egg Labeling“), but technically, eggs from these hens qualify as organic. Those who use these porches sometimes defend the porches as protecting the chickens from the elements, like rain and predators. Those who do not use these porches are mostly annoyed that anyone would think a house with a screen in the wall counts as “access to the outdoors.”

Over the past 14 years, with input from farmers, scientists, government policymakers, and economists, the National Organic Program crafted new legislation that would close those loopholes. That legislation is the Organic Livestock and Poultry Practices rule, and it was finalized on January 19th, 2017. It requires minimum indoor and outdoor space per animal, and sets many more specifics for animal healthcare and even slaughter. It also gave a set amount of time for companies to change their operations to adhere to the new standards without losing their organic certification. (Five years, in the case of eggs.) The USDA approved these rules, and the Obama administration signed off on them. These rules don’t need congressional approval; they are done.

But on January 20th, the new Trump administration froze all new and pending legislation until it could be reviewed. This particular rule was delayed for four months. When those four months were just about up, the USDA delayed them for another six months, and opened up a 30-day comment period. During that comment period, anyone could write in and comment with their thoughts, including a recommendation for whether to implement, delay, change, or outright cancel the now-finalized rules. This essentially gave those who were opposed to the new rules a sneaky, lousy weapon: they can just delay implementation indefinitely, keep insisting that the time isn’t right to pass them, or that more research is needed, and then the rules never get passed.

The identity of those opposed to the new rules is fairly obvious; there’s the Trump administration, which has delighted in slashing anything that was created during Obama’s tenure. There are the huge organic companies, which will have to spend like crazy to actually provide access to the outdoors, assuming it’s even possible; some producers, unable to purchase enough land to fulfill the new space requirements, will simply lose their organic certification – and their nice profit margins.

And then there are the government representatives who have accepted donations from those companies. Herbruck’s and Cal-Maine have donated tens of thousands of dollars to the United Egg Assn., or EGGPAC, which in turn has given campaign contributions to many of the politicians who have expressed a desire for a delay or cancellation of the new rules. (Here’s a list of politicians who have accepted contributions from EGGPAC, in case you’re interested. You’ll notice a pretty substantial overlap with the list of senators who “raised concerns” about the new rule.)

Frustrated with the logjam and delays with implementing the new rule, the Organic Trade Association declared that enough has been enough. The newly filed lawsuit alleges that the delays have violated some parts of the Administrative Procedure Act, a law designed to stop politicians from screwing with the political process by, in part, infinitely delaying laws. The lawsuit also alleges that Trump’s cessation of new regulation shouldn’t have applied to this rule in the first place; organic regulations are voluntary, in that nobody needs to follow these rules; they’re simply in place for anyone who wants the benefits of the organic label.

Basically, the lawsuit says that the delays of a piece of voluntary regulation that endured 14 years for its creation have been illegal. The OTA wants to reverse any delays and requests for comment on the rule, which would make the rule effective immediately.