Gag Order Or Not, Here's Why Trump Cracking Down On Government Science is So Scary - Modern Farmer
Lifestyle

Gag Order Or Not, Here’s Why Trump Cracking Down On Government Science is So Scary

There is chaos at the USDA. How can a crackdown on governmental communication actually affect the people? 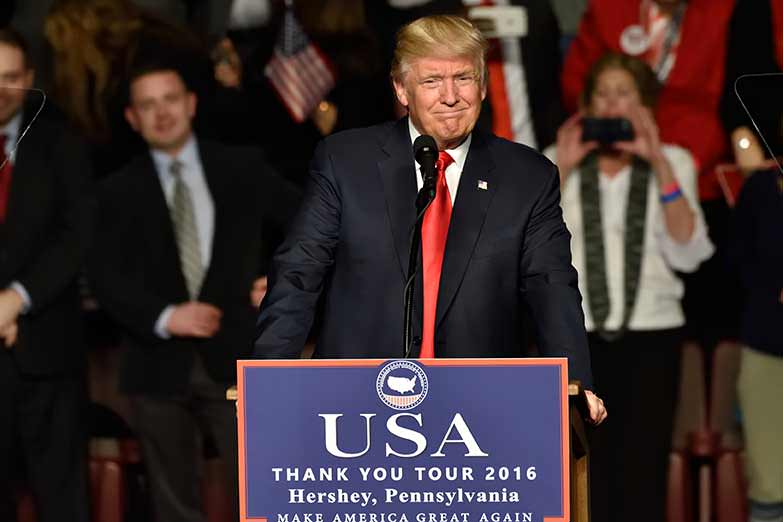 It all started yesterday, when BuzzFeed obtained a memo distributed on Monday within the USDA’s Agricultural Research Service (ARS). The memo was written by Sharon Drumm, chief of staff for ARS, and it informed the more than 2,000 ARS scientists – who study everything from methane emissions to the economy of rural America and have a major focus on climate change – to, essentially, keep quiet. Here’s the text, provided to Modern Farmer by the Christopher Bentley, director of the office of communications at ARS:

“Starting immediately and until further notice, ARS will not release any public-facing documents. This includes, but is not limited to, news releases, photos, fact sheets, news feeds, and social media content.”

According to reports today, however, a second email went out to ARS late Tuesday evening stating that Drumm’s note should have never been issued and has been “hereby rescinded.”

Once BuzzFeed published the memo yesterday, people got loud. News of a gag-order on the USDA was the latest of several similar edicts:

Trump ordering USDA scientists – who conduct a great deal of research on climate change given agriculture is a notable contributor – to cease communicating with the public seemed to follow a pattern.

The situation gets weirder. Bentley, when confirming the original email yesterday, added that “ARS values and is committed to maintaining the free flow of information between our scientists and the American public as we strive to find solutions to agricultural problems affecting America,” which seems laughably contradictory. He also clarified that peer-reviewed scientific publications released in professional journals are not affected.

“This isn’t just a matter of keeping reporters from doing their jobs, there are real safety issues at stake here.”

Later Tuesday afternoon, in an interview with the Washington Post, the USDA’s acting deputy director Michael Young said that Drumm’s memo was never approved by him, and proceeded to walk back the memo’s contents. Finally, BuzzFeed this morning reported that the Drumm memo was officially “rescinded” via an email to ARS staff from Chavonda Jacobs-Young, an ARS administrator.

Even if the Drumm memo has truly been rescinded, similar policies have been enacted at other governmental organizations. This isn’t a weird aberration; it’s part of a systematic clampdown on the parts of the government that the Trump administration finds problematic. So let’s take a look at how a crackdown on government science could affect the nation.

What’s The Worst That Could Happen?

One common misconception about government scientists is that they are sequestered from the private sector, says Glenda Humiston, vice president of the University of California’s Division of Agriculture and Natural Resources, who has a long history in the USDA. She served as the USDA’s undersecretary for natural resources and the environment under President Clinton, and was appointed by President Obama to head rural development for the entire state of California for the USDA.

“They work with universities and with private sector companies like John Deere on all kinds of complex issues: using satellite imagery, keeping pests from entering new areas,” Humiston says. ARS’s scientists work extremely closely with all kinds of other entities on issues of vital concern to the public at large. Making it harder for them to communicate isn’t just an annoyance to the press: it could very directly put lives on the line. “Not only jobs could be lost but frankly the food supply could be put at risk,” she says. “We are constantly battling pests and disease and dealing with food safety issues and all of that requires constant communication.”

Humiston went on to list a series of incredibly scary situations in which a lack of communication between ARS and other entities which could be construed as “public” could lead to disaster. For example, the USDA monitors dams, many of which are 50 or 100 years old and contending with record rainfall and floods. Without smooth transfer of data between the USDA, other government agencies, and local groups (in other words, the public), lives could be lost.

Stopping new types of pests that could completely wipe out the nation’s crops – well, that requires cooperation between farmers, farm cooperatives, universities, private companies, and the government. If the University of California can’t examine genetic data on pests collected by the USDA? Maybe nobody can come up with a pesticide in time. Maybe the nation’s corn crop dies.

“This isn’t just a matter of keeping reporters from doing their jobs,” says Humiston. “There are real safety issues at stake here.”