January Ag Policy Round-Up: 5 Stories You May Have Missed

From new animal welfare rules to the approval of "Transitional Organic” labeling, a flurry of activity in Obama's final days aimed to bolster the sustainable agriculture movement. 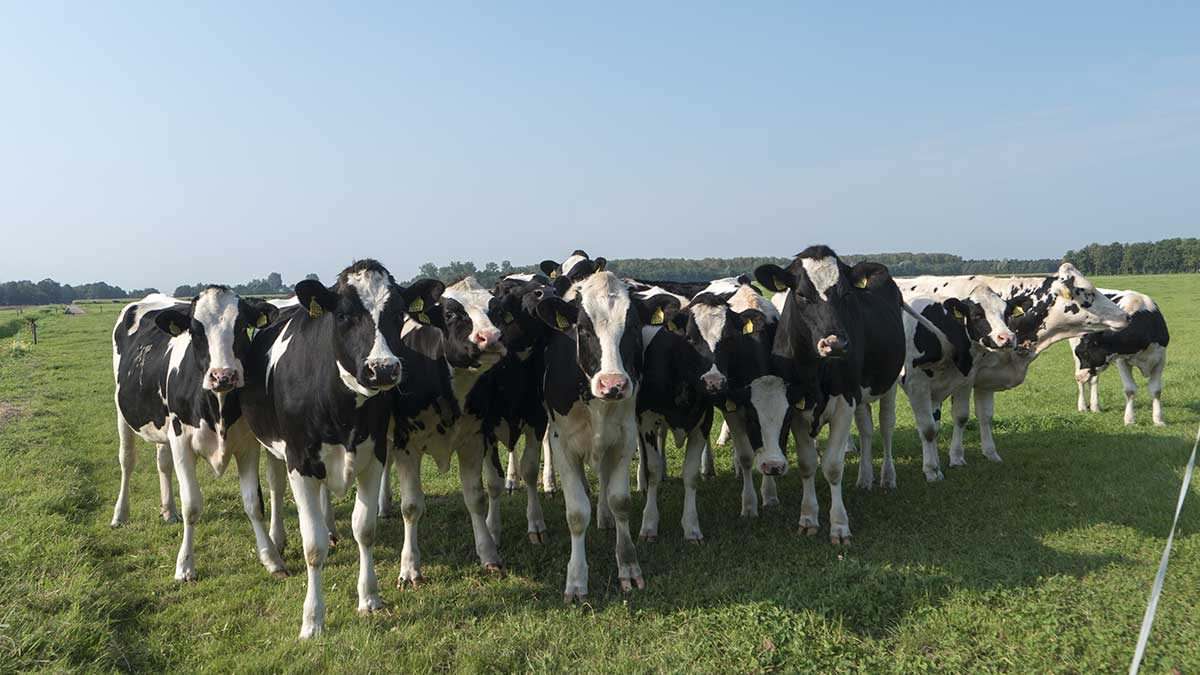 First, a recap of the ag-related events surrounding the Obama-Trump transition that have made headlines is in order:

USDA secretary Tom Vilsack, who served for the last eight years under President Obama, abruptly resigned just a week before the inauguration. There was some speculation he was fed up with a messy transition process and a lack of communication from Trump’s team. It turned out he was just itching to start a new gig as CEO of the US Dairy Export Council.

Trump’s nomination for USDA secretary came a couple days later: former Georgia governor and agribusiness executive Sonny Perdue. Then there was the huge brouhaha last week over a supposed “gag order” issued to USDA research scientists by the White House, along with similar orders to various other federal agencies (including the EPA, the Department of Health and Human Services, and the Department of the Interior) to limit communications with the media.

It’s fair to say that the future direction of food and ag policy in the US has been blown wide open under Trump, but here are a few existing initiatives that have moved forward amid the transition.

One of Obama’s campaign pledges in 2008 was to prevent the total consolidation of the beef industry among the “Big Four” meatpackers – Cargill, Tyson, JBS, and National Beef – which was pushing (literally) tens of thousands of ranchers out of the market each year – 40 percent of the nation’s cattle operations closed shop between 1980 and 2008.

Many small-time, environmentally minded producers could not compete in the high-volume system that has come to dominate the industry, in which a few companies own not only the processing plants, but often the feed sources, feedlots, transportation systems and other livestock industry infrastructure. The Big Four were accused of monopolization. The Obama administration proposed the so-called “GIPSA rules” (the name stems from the acronym for the Grain Inspection, Packers and Stockyards Administration), which were intended to ensure a more competitive beef market and give small producers legal standing to sue any meatpackers who they felt were engaging in price manipulation.

The meatpacking industry vigorously opposed the rules, spending millions to lobby congress members against them. A watered down version was finally passed in 2011, much to the dismay of sustainable agriculture advocates. Then, a light of hope emerged in December, as the administration issued further GIPSA guidelines, which they termed Farmer Fair Practice Rules. These are basically a less watered-down version of the 2011 rules, though, as Civil Eats has reported, they contain loopholes that insulate meatpackers from litigation when there is a “legitimate business justification” for their actions. (Even so, the livestock industry still views them as an unjust regulatory burden.)

This last-minute nod to small and independent producers, however puny, may yet get the axe. They were not set to go into effect until mid-February, until which time they are subject to further changes. And Trump has placed a 60-day moratorium on the implementation of any pending Obama-era legislation, giving lawmakers until March 21st to finalize the rules – or discard of them.

Anyone alive in the 1990s remembers the “Got Milk?” and “Pork: The Other White Meat” ads. But few realize they originated from ag industry “checkoff” programs, which are essentially industry associations that agree to tax themselves to fund initiatives of mutual benefit. (Currently, agricultural commodities have one.) The USDA has to approve checkoff programs, but they are governed by an independent board of directors, typically populated by agribusiness executives and other industry leaders.

SNAP recipients in some states are now able to purchase food from Amazon Fresh and other online retailers.

The Organic Trade Association is the driving force behind GRO Organic (Generic Research and Promotion Order for Organic), as this newest proposed checkoff is known. Five years in the making, GRO Organic took a major step forward three days before the inauguration when the USDA announced it would begin taking public comments on the matter, a final step prior to approval. If GRO Organic is approved, all organic producers, handlers, and processors with a gross revenue above $250,000 will be subject to a .1 percent assessment on their earnings to fund “research and promotion efforts” on behalf of the industry. (Presumably, those efforts would include an advertising campaign – maybe something like Got Organic?)

Proponents like the Organic Trade Association see the checkoff program as a means to scale up the industry and lower the cost of organic food for consumers. Opponents see it as a means for corporate interests to co-opt the organic movement and push out the small, diversified growers who have championed it over the last 30 years. The USDA will accept public comments here until May 20th.

One of the biggest impediments to scaling up organic agriculture is the USDA’s mandatory three-year “transitional” period when farmers must abide by organic standards, but are not allowed to market their produce with the organic label, leaving growers in a catch-22. Organic growing practices are typically more labor intensive, so it costs farmers more to bring their products to market, yet they are unable to obtain the premium price that an organic label confers.

As of January 11th, this hurdle has been removed. The USDA will now allow farms to be certified Transitional Organic. Products certifiedthis way will not be able to use the USDA’s organic seal, but may use the terms “transitional organic” on their labeling, providing market differentiation – and presumably a premium price. Given that demand for organic foods in the United States far outstrips supply, the hope is that this rule change well encourage more conventional farmers to take the leap into organics.

Exactly how low income families may redeem their SNAP (Supplemental Nutrition Assistance Program) benefits, formerly known as food stamps, has always been a hotly debated subject. Previous battles have been fought to allow SNAP recipients the right to purchase from farmer’s markets and CSAs. And as of January 5th, SNAP recipients in some states are able to purchase food from Amazon Fresh and other online retailers under a USDA pilot program.

Organic standards focus primarily on eliminating synthetic chemicals in the food stream through the use of integrated pest management and soil-building techniques. Many animal welfare advocates feel they fall woefully short in addressing how livestock are treated on organic farms. The original standards state that all certified organic livestock must have year-round access to “the outdoors… exercise areas, fresh air, and direct sunlight,” but do not specify exactly what that should look like for different species, leaving much too interpretation.

On January 18th, the USDA finalized its Organic Livestock and Poultry Practices rule, which attempts to address this conundrum. The rule ratchets up welfare standards across the board, but is particularly focused on organic poultry producers, who have been criticized for meeting the outdoor access requirement by adding tiny outdoor “porches” with concrete floors to what would otherwise be considered factory-style poultry barns. Poultry porches are no longer considered a sufficient form of outdoor access under the new rule, which states that chickens must have access to vegetation and soil, which they need to express their natural behavior of scratching and dust-bathing.

On the day the rules were issued, the Los Angeles Times quoted Senator Pat Roberts (R-Kansas), chairman of the Agriculture Committee, on his intent to work with the new administration to reverse them: “With less than 48 hours left in power, this administration has overstepped its bounds with this damaging rule.” Since the rules grant farmers up to 3 years to implement the new standards, there is plenty of time for Trump’s new USDA leadership to intervene.