USDA Secretary Tom Vilsack Abruptly Quits. What The Heck Is Going On Over There? - Modern Farmer
Politics

USDA Secretary Tom Vilsack Abruptly Quits. What The Heck Is Going On Over There?

Trump has proven unable to hire a USDA secretary in a timely manner. Does he not care about American agriculture? 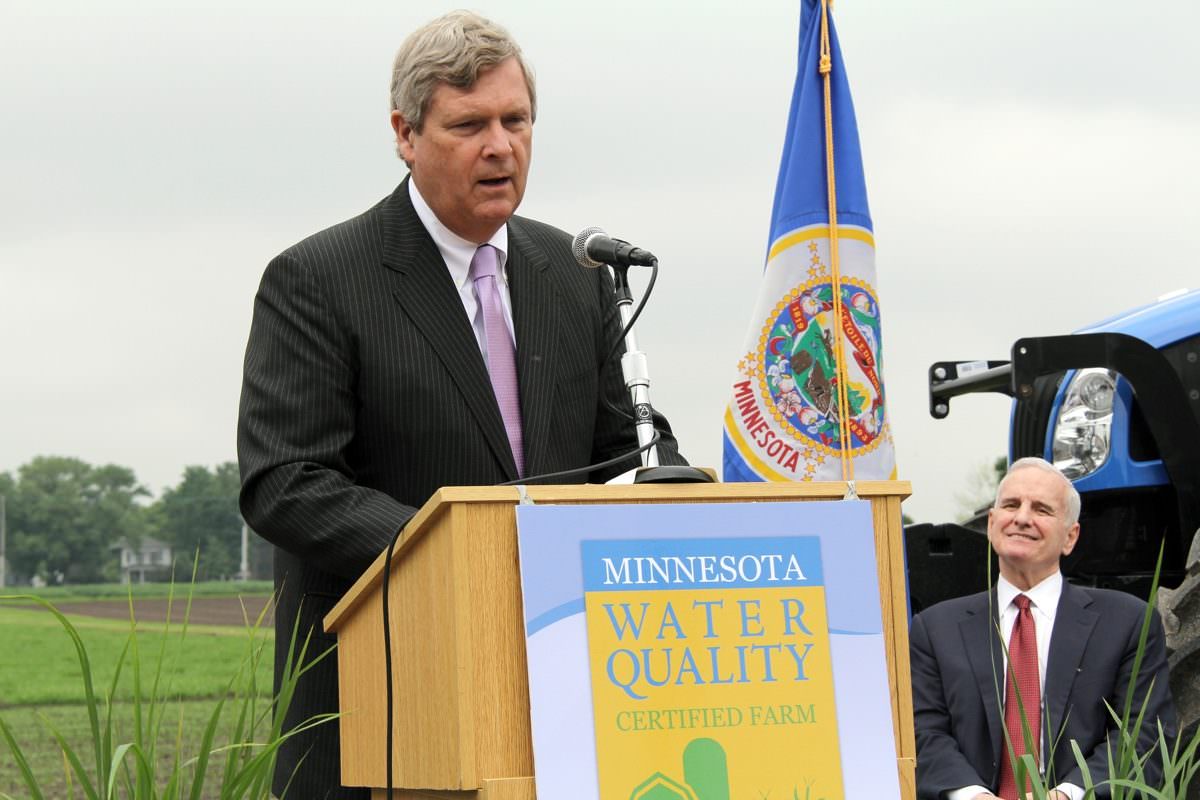 Update: After a brief conversation with the USDA, we’ve updated this post to reflect some new information.

Vilsack has served as the head of the USDA since the very first day of President Obama’s first term, back in 2008, making him the only member of the US Cabinet to have served throughout the entirety of both of Obama’s terms. Well, scratch that: Vilsack’s tenure officially ends on January 20th, when Donald Trump is sworn in, but the AP reports that Vilsack sent out an email to his employees that today, a week before Trump’s inauguration, will be his last day. Apparently he even left the building and boarded a plane back home to Iowa, where he once served as governor.

Hillary Carson, of the USDA’s Office of Communications, said in a phone call that Vilsack’s departure date was planned in advance and known to some senior staffers at the USDA. “He had not announced it publicly,” she said, but it did not come as a surprise to those in the upper echelons of the department. Carson mentioned that, thanks to Martin Luther King, Jr. Day next week, there are essentially only two work days next week, and that Vilsack had decided that today, Friday, would make for an appropriate end date for his tenure.

There’s some other stuff going on here, stuff that Carson denied but which bears mentioning. The first major issue at stake is that Trump has not declared his choice for secretary of the department, making it the very last Cabinet position to still be a complete unknown. 13 of 15 Cabinet appointments have already been made, and yet Agriculture, a huge and vital appointment, is a mystery. In fact, Vilsack gave an interview back in December where he revealed that Trump’s transition team had visited the Department of Agriculture for an exceedingly limited amount of time. “We’ve seen him like once, and that’s it,” he said at the time.

Carson stated that Vilsack’s departure date is unrelated to the way the Trump transition team has treated the USDA. “He has expressed frustration over the fact that there is no nominee yet, but the two [issues] are not connected,” she said.

The agriculture world is vacillating between anger and bafflement at the Trump transition team’s seeming complete lack of interest in the Department of Agriculture. The USDA is a hugely important factor in the American economy and society, responsible not only for keeping American farms afloat and safe, as well as public nutrition tasks like SNAP (better known as food stamps) and school lunches, but also for all kinds of rural issues: refinancing home loans, rural electrification, clean water projects (the USDA took control of the situation in Flint, Michigan), mental health issues, and fighting opioid addictions.

Farmers and rural Americans, many of whom rely on the USDA, voted for Trump in huge numbers. (If you’re wondering why, given Trump’s general reticence on the topic of agriculture during his campaign, we can explain.) Trump’s inability to select a USDA secretary in a timely manner (the previous three presidents all made their USDA selections in December) signals a disinterest in the agriculture industry, according to Bloomberg.

The USDA is one of the broadest and most complex departments in the federal government, with over 100,000 employees. It takes time to get a new team up to speed, to understand existing projects and make plans for the future, so as not to cause interruptions in service or bureaucratic snafus. Vilsack, judging by the frustration he’s expressed in the past few weeks with Trump’s transition efforts, may have just had enough. Whether this will spur Trump into actually hiring someone for this incredibly important job is yet to be seen.