What’s the Difference Between Cow Cheese and Goat Cheese? 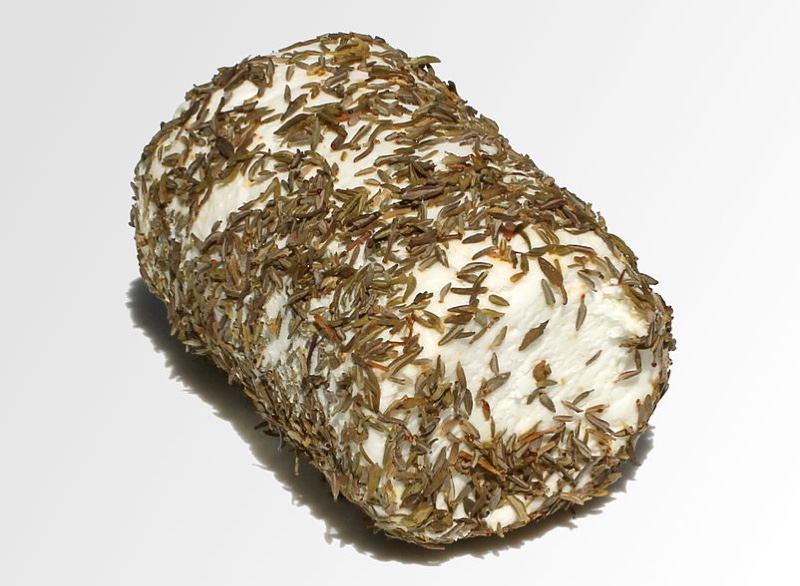 And yet when we hear “goat cheese,” this is what we picture:

A higher concentration of fatty acids gives goat cheese its signature tangy flavor, and a lower amount of milk protein gives it a smoother, creamier texture.

Just as with cow (or sheep, or yak or camel, for that matter) cheese, goat’s milk cheese is made by coagulating the solids in milk, separating those solids (curds) from the liquids (whey), and then, maybe, aging it. Goat’s milk can be coagulated with rennet (enzymes produced in the stomachs of, usually, cows), which is the method you’d use for an aged goat cheese. Or you can go even simpler and just use an acid like vinegar or lemon juice, which is how you make fresh cheeses like ricotta, cottage cheese, and queso blanco.

But from there, things change. Goat cheese doesn’t taste or feel like cow cheese, and to find out why, we have to go into the precise chemical makeup of these milks. Splendid Table has a nice piece about the differences; in short, goat’s milk has a much higher concentration of particular fatty acids, but less milk protein, than cow’s milk. The higher concentration of fatty acids gives goat cheese its signature tangy flavor, and the lower amount of milk protein gives it a smoother, creamier texture.

Without as much milk protein, goat milk has trouble doing some of the crazy stuff cow milk can do. It’s not quite as strong or as stretchy as cow milk, which is why you won’t be seeing too much goat milk mozzarella – a goat’s milk cheese would just sort of fall apart.

But goat cheese’s lack of strength isn’t really a weakness; it’s just different. Its tanginess and creaminess makes it ideal for very soft cheeses, like chevre, or even yogurts. Even a firmer goat cheese, like the Catalan garrotxa, never really gets hard; it remains semi-soft, while taking on an aged flavor in a very quick few weeks. (Parmigiano, in contrast, is aged for years.) Interestingly, aging goat cheese seems to mellow it out a bit; fresh chevre is about the most intensely sour goat cheese you can get.

Goat’s milk can also sometimes be used in place of other milks to create slightly different variations on cheeses. Feta, for example, is traditionally made with sheep’s milk, but goat’s milk works just fine. Soft cheeses like brie can be comfortably made from goat’s milk, and the results can be fantastic. And even semisoft cheeses, like gouda, can benefit from the creaminess of goat’s milk. Personally, I think a goat’s milk brie is both more flavorful and texturally superior to one from cow’s milk.

So go forth and eat goat cheese!