Why Does the USA Import Pine Nuts When We Have Our Own? - Modern Farmer
Food & Drink

Why Does the USA Import Pine Nuts When We Have Our Own?

American pine nuts have been prized for thousands of years. So why are we importing from China? 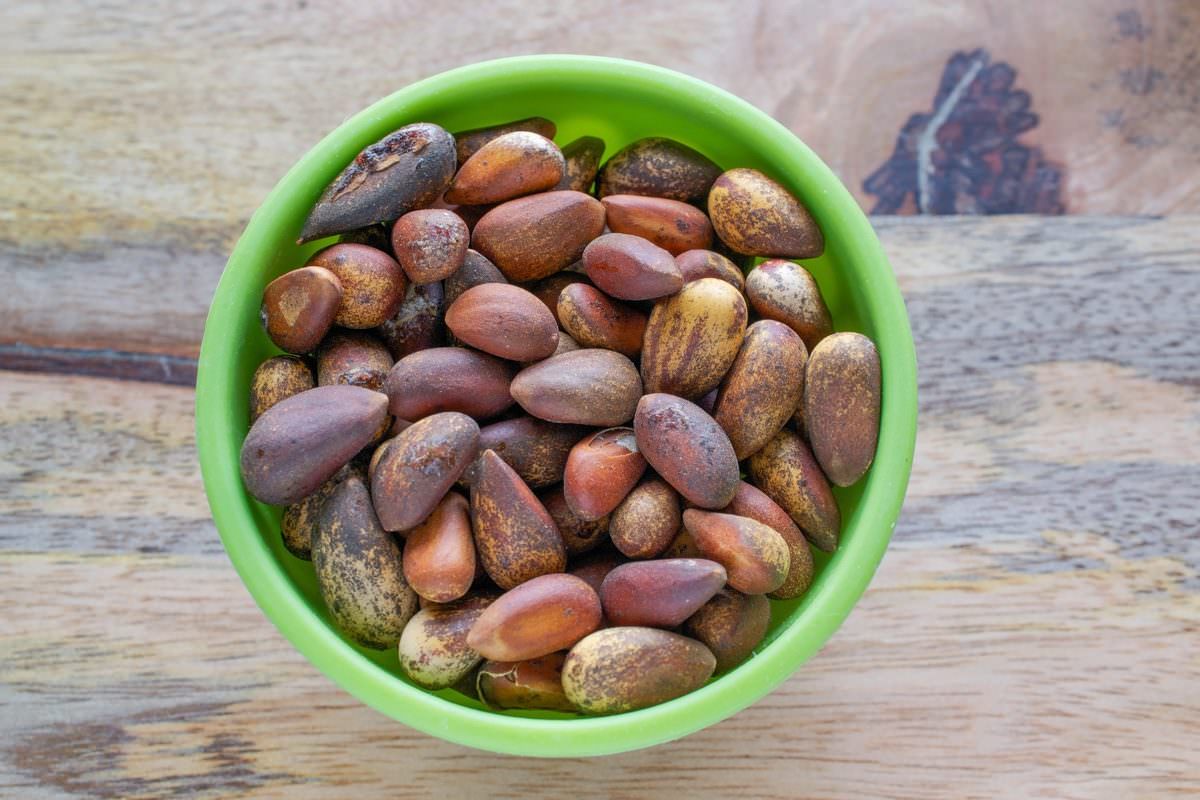 Pine nuts (pictured unshelled, above) are some of the most labor-intensive nuts to harvest
Photography AlessandraRC / Shutterstock.com
Share
Tweet
Pin
Email
221 Shares

Pine nuts, everyone’s favorite nut that they hardly ever buy because they’re too expensive, grow naturally in the pinyon-juniper woodlands of the American Southwest.

And yet, despite the fact that American pine nuts have been prized for thousands of years, the vast majority of pine nuts Americans eat do not come from Arizona, New Mexico, and Colorado: they come from China, Russia, and Afghanistan. (North Korea is the third-largest producer, but you won’t be finding North Korean pine nuts sold legally in the US.) So what’s the deal?

Civil Eats has a great feature about the downfall of the American pine nut industry, a truly embarrassing and damaging loss given that the pinyon species in North America can produce nuts (seeds, technically) worth upwards of $40 per pound. The problem, reports Civil Eats, dates back to the 1950s, when the US Forestry Service and the Bureau of Land Management got together to divide up the public land in the Southwest into “forest” and “range” land.

This land can be used by private industries for certain things, like harvesting pine nuts or grazing cattle. But pine nuts, despite and therefore causing their high value, are a real pain to harvest. The gigantic pine cones have to be harvested at just the right point, then allowed to dry for the scales to open, then the seeds have to be dug out, and they they have to cracked…it’s a whole ordeal. So the governmental agencies basically said, screw the pine trees: let’s raze the forest and open the land up for cattle to graze.

The razing of the forest stopped a few decades ago, but another problem took up right where the government left off: climate change. Pine nut foragers report that unpredictable weather has made the already-challenging task of harvesting pine nuts substantially harder, and potentially not even profitable.

With cheaper labor and fewer environmental restrictions in China – some just lop off entire branches rather than picking the pine cones, which is extremely bad for the tree – Chinese pine nuts have been able to take control over the past decade. Some reviews believe that China will, in the next five years, completely dominate the pine nut export market. And that’s sad! Because we have our own right here.

thank you, that was illuminating. I’m all for environmental protections for pine-nut trees. How sad that we razed that land!

Just now seeing this – I started researching after paying a premium for Chinese pine nuts recently (something to do with trade wars, I’m told). I’d like to point out that pinyons don’t have to be grown only in the Southwest. Our local botanic garden in the middle of Kansas has had one growing happily for many years. Pinyons could be a crop in many places outside their native range that are too marginal for grains or too rough for grazing.

Hi Dan
Do you know any current commercial pine nut producers? That have Grimo or Morgan varieties?

where do I buy American grown pine nuts?

I live in the southwest USA, we have piñon trees and love the nuts every 4-5 years when they come in. I don’t think anyone locally harvested pine nuts in this area. Just want to comment that I believe there is a difference between the two. I googled “taste of imported pine nuts” It’s not everyone’s cup of tea. They do not taste like piñons at all. Thanks!

Can Pinyon pine trees grow in Iowa in zones 4 thru 6?

your nuts are too expensive