In which the former president unbuttons his shirt to talk food policy. 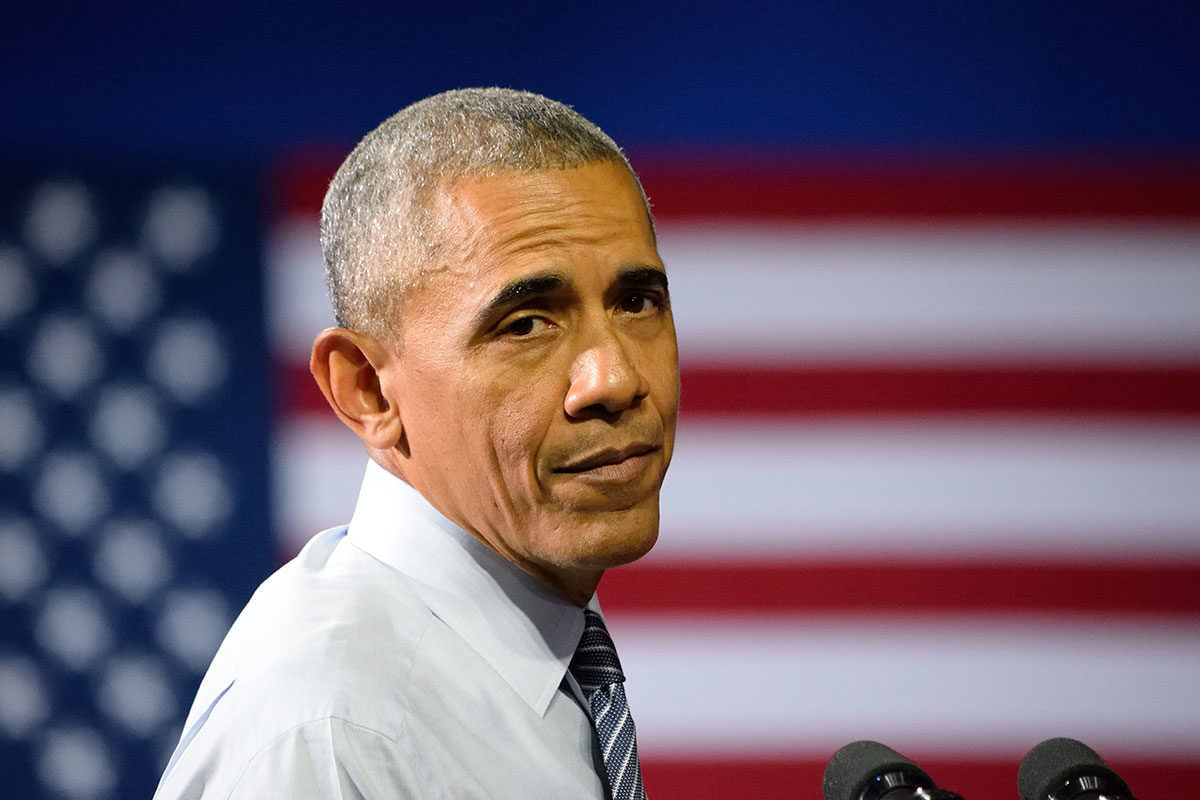 Speaking at the Seeds and Chips Global Food Innovation Summit, essentially a forum on technology and the food system, Obama spent much of his 15-minute speech cracking jokes about life after the White House and touting his legacy on climate change. But afterwards, in a lengthier question-and-answer session with Sam Kass, Obama’s former Senior Policy Advisor on Nutrition and the first family’s one-time personal chef, he delved into a sophisticated conversation about why the agriculture industry, which is the second biggest contributor to greenhouse gas emissions, is not a more central part of the conversation around climate change.

“People naturally understand that big smokestacks have pollution in them, so they can easily make the connection between energy production and the idea of greenhouse gases,” said Obama, contrasting that with agricultural emissions, such as the immense amount of methane released from manure piles and burping cattle. “People aren’t as familiar with the impact of cows,” he quipped. “Unless you’re a farmer – then you know what takes place there.”

He went on to note that the politics of regulating agriculture to control emissions are even dicier than, say, regulating oil companies or car manufacturers. “Food is a very emotional issue. Because [it] is so close to us and is part of our family and is part of what we do every single day, people, I think, are more resistant to the idea of government or bureaucrats telling them what to eat, how to eat and how to grow. It makes for a difficult political dynamic for us being able to shape rational policy.”

Meanwhile, the Trump administration is having a completely different conversation about food and farming. This month, the biggest news on that front is that the USDA finally has a new boss. In other news, California lawmakers are considering new “cottage food” legislation to make it legal to sell home-cooked meals, and sustainable agriculture advocates managed to preserve key funding provisions in the President’s proposed federal budget.

After only minor opposition from Congressional Democrats, Sonny Perdue was sworn in as the 31st Secretary of Agriculture in late April, the last of President Trump’s cabinet members to get the green light. Given the late start to his tenure, he’s gotten off to a fast start. Perdue immediately made a splash with a plan to “make school meals great again,” which mainly involves rolling back a series of Obama-era programs intended to make school lunches healthier. We covered that story in detail here, but below is a sampling of some of the new Secretary’s other activities thus far.

A last-minute agreement on a spending package to keep the government running through September contained a number of provisions that left sustainable agriculture advocates pleasantly surprised.

As a general rule, one cannot sell food made in a home kitchen. Local health codes generally require that food products sold to the general public be prepared in a certified commercial kitchen that undergoes regular inspections. In 2012, California cracked open the door for artisanal food makers to make a buck with the passage of the California Homemade Food Act, which legalized “CFOs” – cottage food operations – which are defined as home-based businesses that produce non-perishable items, including jams and jellies, pasta, and granola. But it drew the line at legalizing the sale of hot, home-cooked meals, Á  la a take-out restaurant.

However, that barrier may soon fall: the Homemade Food Operations Act, which would permit the sale of up to 60 homemade meals per week, passed the state legislature’s Health Committee in late April and is set for a final vote this month. If passed, the legislation would be a boon for emerging web platforms that enable home cooks to connect with directly with hungry consumers – such as Gigamunch and Josephine – much like the apps UberEats, Foodora, and DoorDash have done for takeout restaurants.

Good News in the Federal Budget

The near-shutdown of the U.S. government as a result of Congressional gridlock over the federal budget was front page news in recent weeks. Finally, on April 30th, legislators made a last-minute agreement on a spending package to keep the government running through September – which contained a number of provisions that left sustainable agriculture advocates pleasantly surprised. Given that the President’s proposed budget for fiscal year 2018 included a 21 percent cut to the USDA budget, they’d feared the worst for the remainder of the 2017 budget.

Instead, funding levels were increased for the Sustainable Agriculture Research and Education program (pays for organic research), Value Added Producer Grants (helps farmers cut out the middleman), the National Sustainable Agriculture Information Service (provides technical assistance for earth-friendly growing practices), and several others. The agreement was also notable for provisions that it did not include, such as the notorious “GIPSA rider” (which would make it easier for large meat companies to negotiate exploitive contracts with small producers) and proposed cuts to the Conservation Stewardship Program (the most important source of funding for conservation practices on farmland).

“Despite a particularly contentious political environment, one area on which Congress was largely able to agree in the omnibus spending bill was support for sustainable agriculture programs,” said the National Sustainable Agriculture Coalition in a statement. “We hope that Congress – and the President – will continue to do what’s right for American family farmers in the 2018 budget bill.”