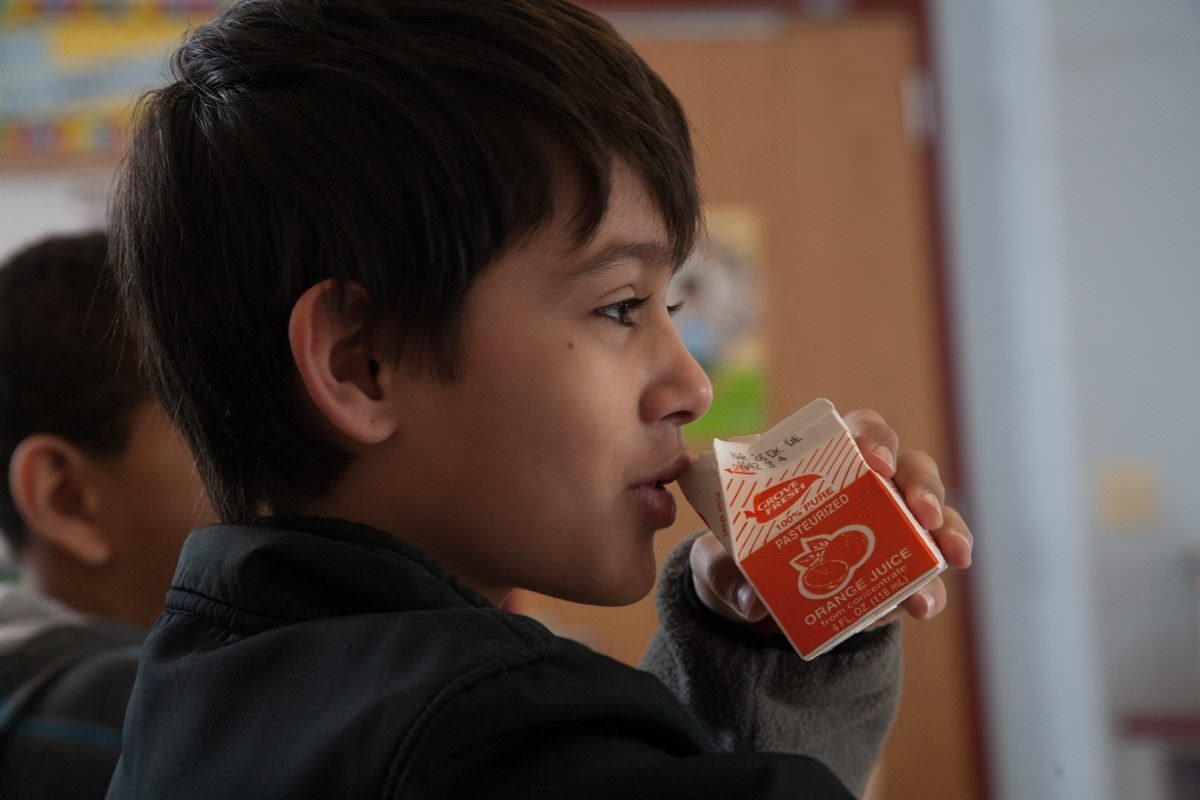 In 2010, the Healthy, Hunger-Free Kids Act (HHFKA) was enacted into law as part of the reauthorization of the Child Nutrition Act. The new version of the law required more fresh fruits and vegetables; lower amounts of fats, sodium, and white flour; and an emphasis on whole wheats. On Monday, as one of his first acts as Secretary of Agriculture, Perdue announced he’s rolling back these standards – a move that Republicans and private entities (the latter with a direct financial motivation) have been championing since the HHFKA was first enacted.

Perdue’s new rules refer repeatedly to “flexibility” and “local control,” while also claiming that the standards are increasing the amount of food school waste: “We don’t want kids wasting their meals by throwing them away. Some of our schools are actually using that food waste as compost. That shouldn’t be happening.” What’s really happening is that Perdue is enabling smaller state and local governments, or even individual schools, to make whatever decisions they want.

Under his new proclamation – the announcement of which is titled “Ag Secretary Perdue Moves to Make School Meals Great Again” – schools will no longer have to reduce the amount of sodium in school lunches (despite studies indicating that children are taking in unsafe amounts of sodium) through at least 2020; they will be able to serve 1% and flavored milk; and they will be able to get a waiver for the requirement that all grain products are whole-grain rich.

Perdue’s logic on this one is that kids don’t like the new healthier school lunches. From the statement:

This announcement is the result of years of feedback from students, schools, and food service experts about the challenges they are facing in meeting the final regulations for school meals. If kids aren’t eating the food, and it’s ending up in the trash, they aren’t getting any nutrition ”“ thus undermining the intent of the program.

This conclusion – that kids don’t like the healthy food and are throwing it out – is not by any means an accepted truth. Some studies do indicate that kids are throwing out more fresh fruits and vegetables! And some studies indicate the complete opposite, that kids are now eating more fruit than ever before. Other studies indicate that there are bigger problems than just giving different food; that, for example, kids are less likely to eat produce when given the tiny amount of time to eat lunch that many schools offer. (“Longer lunch time” is a rallying cry sure to be a hit with the kids affected by this, though we’ll have to wait awhile before they can actually vote.)

But all of that is secondary to the real motivation to roll back these rules: money. Perdue made this announcement accompanied by two people: Republican Senator Pat Roberts (probably best known for mocking mammogram screenings for breast cancer), and Patricia Montague. Montague is the CEO of the School Nutrition Association, a nonprofit that represents, basically, lunch ladies, but which also has insane ties to processed food businesses. Schwan, for example, is both a maker of vast amounts of garbage frozen pizza and holder of the second-most-powerful seat on the SNA’s board. The SNA gets half – half! – of its entire budget from major food corporations. (For more about the launch and transformation of the school lunch program, including a deep dive in to the HHFKA, read our October 2015 story, “The War on School Lunch“.)

Perdue’s quest to roll back healthy school lunches might come from a variety of places. But it’s pretty clear who it benefits, and it’s certainly not the kids.