Why is this happening, and what does it mean for agriculture? 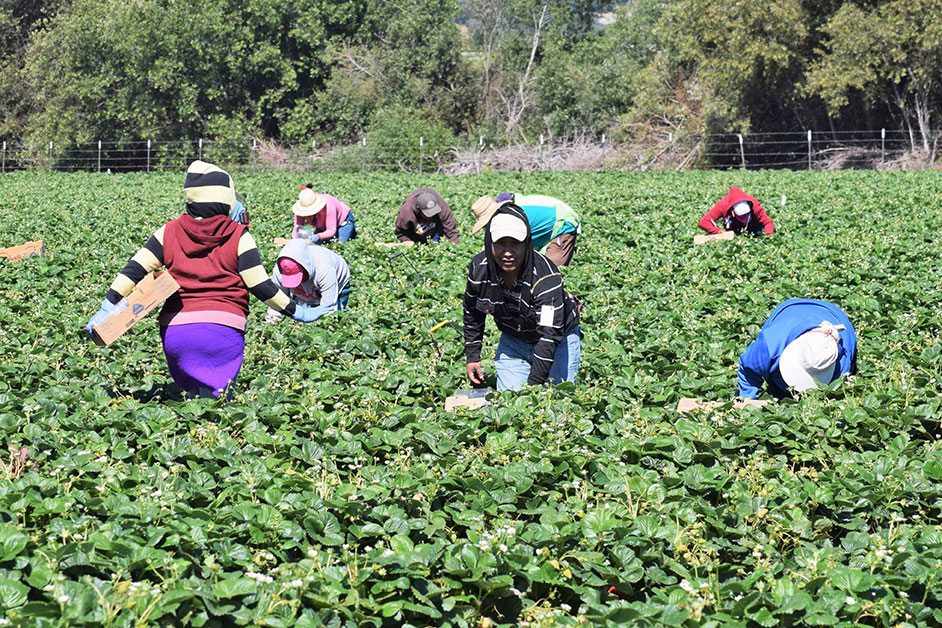 The H-2A program is one of the most unusual methods for a foreign national to reside in the U.S.; it comes with a host of restrictions and is perhaps the most carefully monitored visa system in the country. And for all that, it’s popular, and growing: in the first three months of 2017, writes NPR, the Department of Labor approved 69,272 H-2A visas, a 36 percent jump over the same period last year.

H-2A visa holders are not U.S. citizens; they are granted temporary permits to work agricultural jobs, typically for up to ten months, an attempt to cover the growing season of most crops. Employers who have H-2A visa holders must obey all local and federal wage laws, and they must provide housing, three meals per day, and free transportation to and from the worker’s home to the job site (during the season), as well as and to and from the place the worker was recruited at the beginning and end of the season. H-2A holders are legally permitted to reside in the U.S.; there’s no fear of deportation. (For more on the H-2A visa program, see our feature “The High Cost of Cheap Labor,” from our Spring 2017 issue.)

There’s also a hefty amount of criticism aimed at the program – and with good reason. The housing requirements are usually grim, with lots of people crammed into small spaces (up to 75 people per one refrigerator, and 15 people per one toilet). They visa also carries some pretty hefty restrictions, specifically preventing an H-2A holder from looking for another job: you sign on for one contract, and you stay for that contract.

The primary reason cited for the increase in H-2A visas is a general fear of the Trump administration’s crackdown on illegal immigrants. On the flip side, however, is the fear that the USDA won’t be able to handle the rapid influx of new H-2A applications as current administration continues to do their best to strip the agency’s funding. We can’t have it both ways: it’s tough to ensure legal temporary workers while slashing the funds of the agency that operates the program.

Popular
7 Smokable Plants You Can Grow That Aren’t MarijuanaBrian Barth
Is Agroforestry the Key to Hardier Row Crops?Shea Swenson
Goat Sex: Everything You Wanted to Know But Were Afraid to AskAndrew Amelinckx
6 Differences Between Llamas and AlpacasAndrew Amelinckx
Why Don’t We Eat Turkey Eggs?Dan Nosowitz
Explore Modern Farmer
Related
Animals, Environment, Technology
Alaskan Salmon Face a Stream of New MinesBecki Robins
Labor, Politics
For Young Farmers, Land Access Will Make or Break the 2023 Farm...Emily Baron Cadloff
States Mull Limits on Foreign Ownership of FarmlandJohnathan Hettinger
As COP27 Comes to a Close, Agriculture Initiatives Are Top PriorityShea Swenson
wpDiscuz
We use cookies on our website to give you the most relevant experience by remembering your preferences and repeat visits. By clicking “Accept”, you consent to the use of ALL the cookies.
Cookie settings ACCEPT
Privacy & Cookies Policy