These Hawaiian bees are the first of their kind to earn federal protection. 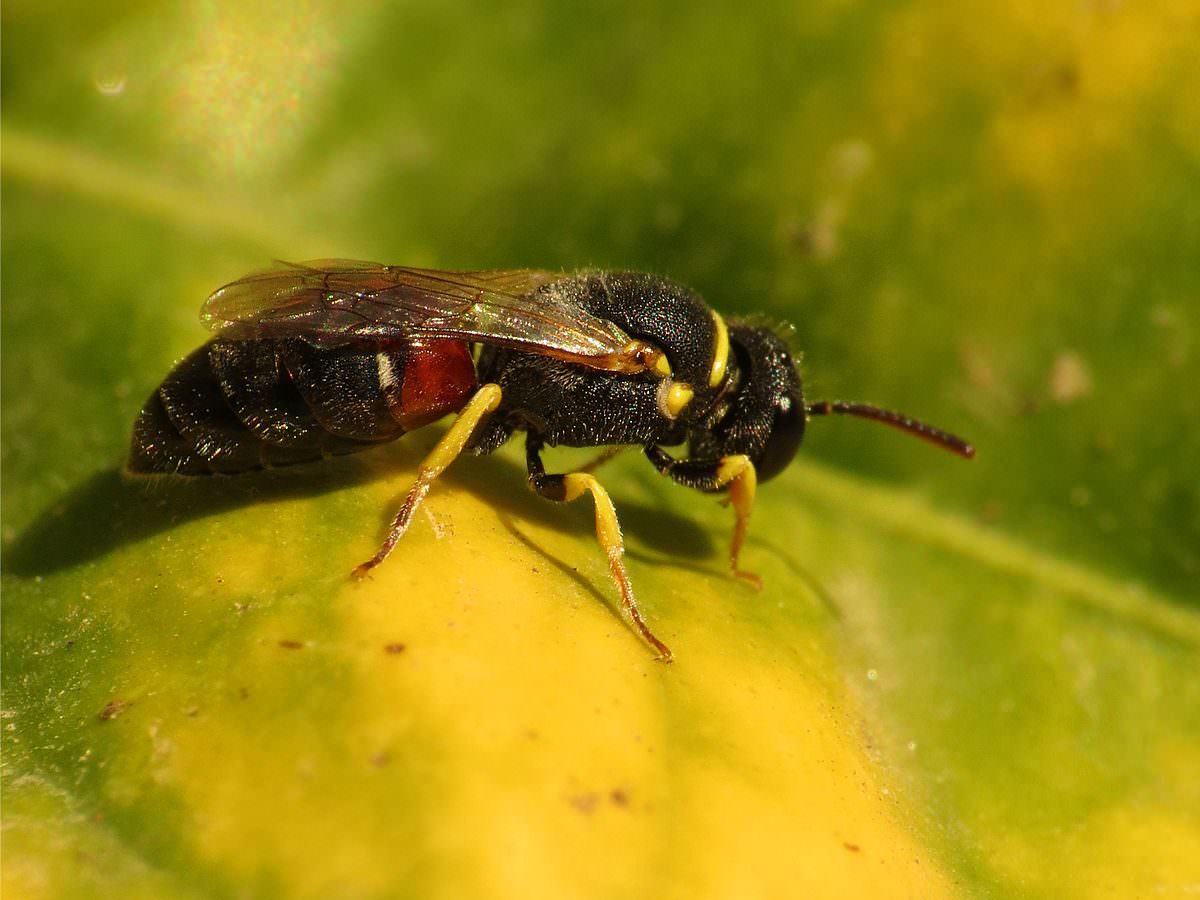 The US Fish and Wildlife Service (USFWS) makes determinations for domestic endangered species; these determinations are distinct from the better-known IUCN Red List, which is an international organization. Every once in awhile, the USFWS makes a new ruling on which species have entered endangered species protection. When a new species is added, the USFWS is required to make a comprehensive plan to save the species, which can include new rules on habitat destruction and poaching.

The USFWS just announced the addition of 10 new animal species and 39 plant species, all from Hawaii, to the list. Of particular interest to us is the addition of seven species of yellow-faced bees, all in the Hylaeus genus. This marks the first time any bee species has been added to the USFWS’s endangered species list.

The yellow-faced bees are a very large and well-distributed group of bees, mostly living in the tropics, especially Latin America and Australia. They’re typically small, kind of wasp-like bees, the latter perception coming from the fact that these bees lack the more common methods of carrying pollen (those little pouch-like bulges on the legs of most bees). They can range in color but are often a stark black, white, and yellow.

Since 2009, the Xerces Society, a group dedicated to saving invertebrate species, has been petitioning the USFWS for just this moment. Hawaiian yellow-faced bees are uniquely at risk on the islands; they often have small and isolated populations, and they rely heavily on native plants for both pollen and, sometimes, nesting sites (they like the hollow insides of some plant stems). The major causes of the downfall in the populations of these bees is believed to be habitat destruction (from development, mostly) and from invasive species (invasive plants can box out the native plants on which the bees rely, and invasive animals like feral pigs can destroy their habitats).

Seven Hawaiian bee species might not seem like a huge deal here on the mainland, but these bees have a long history in Hawaii and are primary pollinators for many native plants. Without them, the cycle of invasive species and habitat destruction ramps up dangerously: Without the plants, there are no bees, and without the bees, the plants have no chance to rebound. The Xerces Society recommends “active management of natural areas where populations are known to exist,” which is, hopefully, the kind of effort the Endangered Species Act can put into play.