It was once called "cattalo," which I think we can all agree is a worse name. 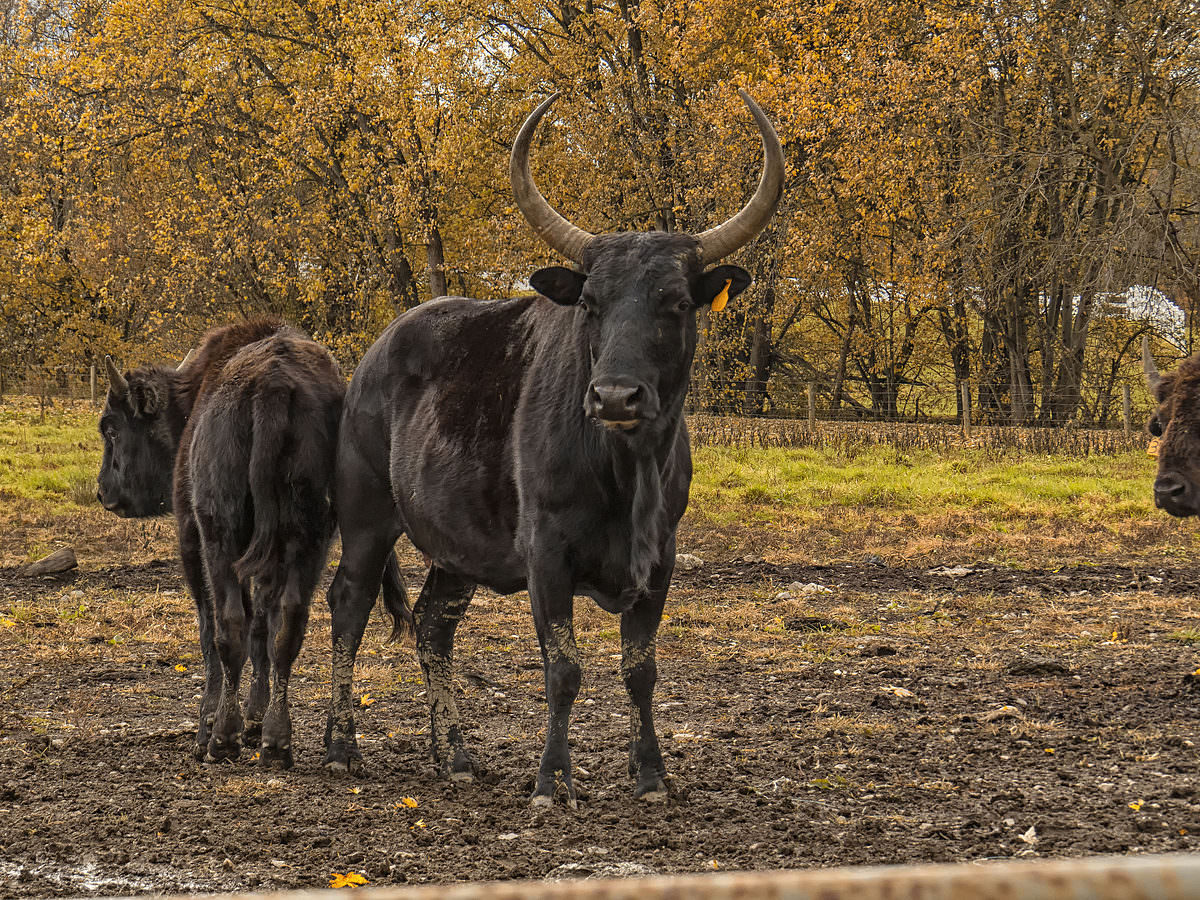 Crossbreeding species is a tricky proposition; even when the resulting animal is useful, as in the mule (for the record: offspring of a male donkey and female horse), you can often have problems with infertility or short lifespans. Coydogs and wolfdogs, crossbreeds consisting of the domestic dog and a wild coyote or wolf, are often unpredictable and dangerous. And yet for hundreds of years, ranchers and governments alike have been trying, successfully if not wildly so, to crossbred the bison with domestic cattle.

Weller Farm has a nice history of what is now commonly called the beefalo. Here’s the deal: Cows and bison are both bovids, so they’re in the same family, but they’re not really all that closely related, since each is a member of a different genus. That genetic distance can make it trickier to breed a hybrid in many families, but comparatively speaking, the beefalo is not all that hard to breed. (Comparative is the key word there; it isn’t easy, but considering many hybrid attempts are simply unsuccessful, it isn’t that hard.)

By 1900, a few different ranchers and geneticists had begun breeding bison and cattle, but it was generally assumed to be difficult to do and flat-out impossible to create a fertile beefalo. Still, the animal was prized: It looked largely like a domestic head of cattle, but hardier, requiring less space and maintenance, and produced a leaner, more flavorful meat. It was more docile than a frequently dangerous wild bison and produced more milk.

It wasn’t until the 1960s that Jim Burnell and Bud Basolo, who seem to have been both wary allies and friendly adversaries, began to produce fertile beefalo offspring. Neither really spilled in detail how they did it, but both began selling beefalo sperm for anyone who wanted to breed their own herd. Through the efforts of the American Beefalo Association, specifics for the breed were nailed down, and in 1985 the USDA approved labeling of official beefalo meat.

Beefalo remains not incredibly popular; it’s kind of expensive to start a beefalo herd, and the market hasn’t really indicated a deep consumerist hunger for hybrid bovid meat. (That said, there are beefalo producers in most states; here’s a good list.) Conservationists, too, are annoyed by the beefalo, finding that cattle DNA keeps creeping into the wild bison populations they’re trying to save.

But for the ranchers who decided they’d have to breed themselves the perfect meat? There’s nothing better than beefalo.

So much misleading info here: 1.”Conservationists, too, are annoyed by the beefalo, finding that cattle DNA keeps creeping into the wild bison populations they’re trying to save.” That has nothing to do with Beefalo. Breeding a beefalo to another beefalo does not effect Bison. The DNA is coming from escaped Bull cows mating with Bison. Don’t blame beefalo raising. 2.”Coydogs and wolfdogs, crossbreeds consisting of the domestic dog and a wild coyote or wolf, are often unpredictable and dangerous.” Insinuating are we? Yet Beefalo in North America are more docile than most traditional beef cattle! 3. “but comparatively speaking, the… Read more »

looking for producer in what is known as the Treasure Valley of Idaho. Which is approx a 100 mile radius from Boise Id

Popular
7 Smokable Plants You Can Grow That Aren’t MarijuanaBrian Barth
How to (Actually) Get Rid of Fruit FliesEmily Baron Cadloff
What to Do With an Abundance of PeppersShelby Vittek
Yes, the Government Really Does Stash Billions of Pounds of Cheese in...Emily Baron Cadloff
6 Differences Between Llamas and AlpacasAndrew Amelinckx
Explore Modern Farmer
Related
Food & Drink, MTMF
Meet the Former Chefs Growing Restaurant-Driven Produce in Suburban AlbanyKerri Sullivan
Environment, Plants
Making the Case for IntercroppingShea Swenson
MTMF
Meet the Modern Farmer Helping Immigrant Farmers Sell Their ProduceBridget Shirvell
Animals, MTMF
Paddleboarding Goats Make a Splash on Prince Edward IslandNoah Lederman
wpDiscuz
We use cookies on our website to give you the most relevant experience by remembering your preferences and repeat visits. By clicking “Accept”, you consent to the use of ALL the cookies.
Cookie settings ACCEPT
Privacy & Cookies Policy