The oft-shirtless bassist dons a beekeeper costume these days. 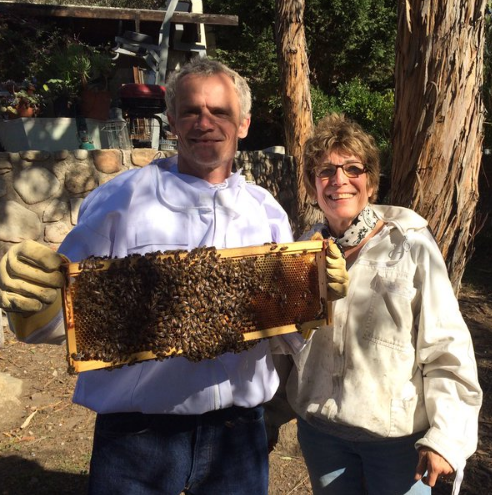 With more awareness of the importance and peril of the honeybees, more and more people are entering the field, finding out just how easy and rewarding it can be to keep your own hives. Rolling Stone and TMZ alert us to one of the most high-profile of those new apiarists: the virtuoso bassist of the Red Hot Chili Peppers, Flea.

Flea and the rest of the Chili Peppers have a history of activism – from music education to get-out-the-vote campaigns to Tibetan independence – and environmentalism is nothing new; Flea caused a stir in 2015 by railing against oil companies following the Santa Barbara oil spill.

Starting in 2015, Flea began learning about and keeping his own bees; today, he has three hives totaling more than 200,000 individual bees. He regularly posts pictures and updates on his Facebook, Twitter, and Instagram about his beekeeping exploits, all of which show the musician wearing proper beekeeping attire instead of his usual shirtless stage costume.

The bees have, naturally, been christened “Flea’s Bees.”

Putting in serious bee work this morning with my bee mentor Ruth @BeeCapture any bee questions she’s your woman!!!! pic.twitter.com/Pv5sBvjwa1

Deep to the hive super organism. I love my bees. Flea’s bees