She comes by her green thumb naturally - her dad grew wheat and legumes in Iraq before immigrating to the United States in the late '90s. 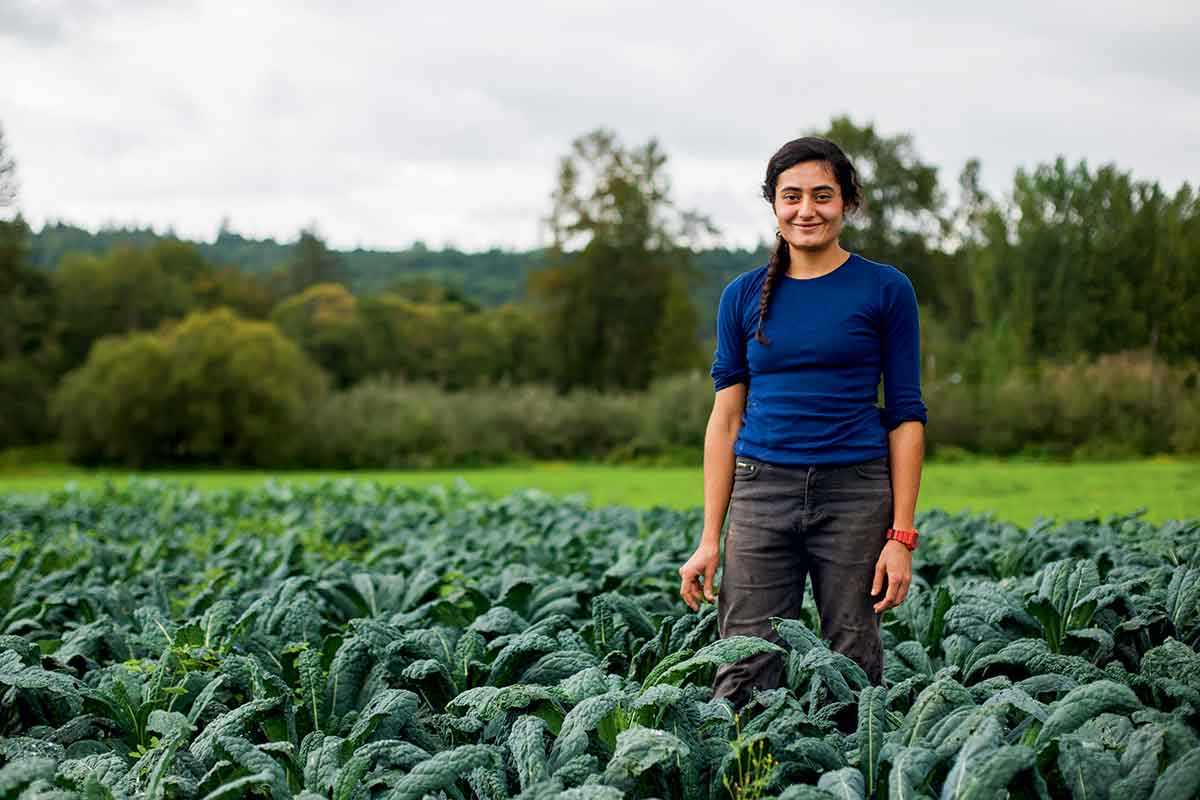 Although Rand Rasheed comes by her green thumb naturally – her dad grew wheat and legumes in Iraq before immigrating to the United States in the late ’90s – the first-generation American obviously didn’t stand to inherit land. “I wasn’t taking over an old family business or leaving a lucrative job for agriculture,” says Rasheed, a mere 23 years old when she started farming.

Now 29, she hopped from one rented plot to another before leasing these eight acres last spring. By season’s end, Rasheed and her business partner, Alice VanderHaak, had reaped kale, Walla Walla sweet onions, carrots, cauliflower, and more, selling the vegetables in Seattle at farmers markets, to restaurants, and through a CSA with four pick-up sites. “Farmland near a metropolitan city is not affordable, so owning remains a faraway dream,” Rasheed admits, but points to one major perk of her current lease. The tract sits next to two others, allowing One Leaf Farm to share equipment and infrastructure with its agricultural neighbors. “We operate separately, but the proximity allows us to do favors for each other.”