School Nutrition Standards Get A Compromise. But Are Students Better Off? - Modern Farmer
Food & Drink

School Nutrition Standards Get A Compromise. But Are Students Better Off?

How a watered-down bill might actually make our kids healthier. 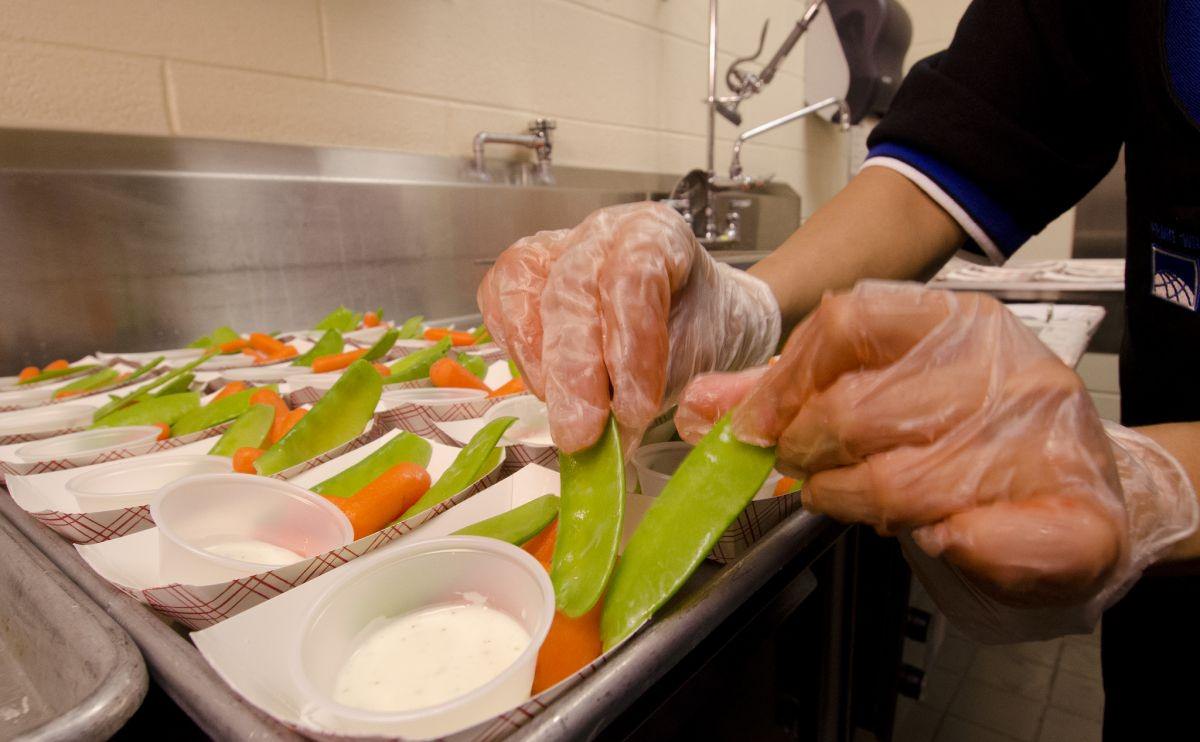 That bill, which was intended to last for five years (in fact, it was barely into its sixth – not bad, really!), came with a whole mess of new elements; it increased students’ access to breakfast and lunch, expanded the budget, required more water fountains, bolstered after-school meal programs, reduced paperwork, and encouraged the use of local agriculture.

That stuff seems to have all escaped basically unchanged in the new Child Nutrition Reauthorization bill. What’s changed are, basically, what the kids are allowed to eat. The 2010 bill gave the USDA a great deal of power to decide school nutrition standards, which included banning anything but skim (flavored or not) or 1% (only unflavored) milk; often allowed for smaller portions of protein like meat; and came with some strict sodium and whole-grain requirements.

In May 2015, Senators John Hoeven (R-ND) and Angus King (I-ME) introduced a bill called the Healthy School Meals Flexibility Act. It was specifically designed to fight back against the requirement that all starches be made of whole grains and the target levels of sodium. (These vary based on the age of the student, but the final targets, which the 2010 bill plans to meet in 2022, for all students are well under 1,000 mg per day.)

These requirements were adopted in the new Reauthorization bill, in part: Instead of 100 percent of grains being whole grain, now only 80 percent must be whole. As for sodium, of the three-part process, schools will get an extra two years to hit their second target, and that final target may not happen at all. In 2019, a study will be conducted to find out whether the final targets of sodium are actually healthy, and whether it’s possible for food purveyors used by schools to meet those levels.

Those in favor of the compromise, largely Republicans, have harped on the budgetary and flexibility aspects of the new bill. It will, they say, allow for schools to serve a wider variety of foods, including some (like deli meats and “many Asian dishes”) that are pretty high in sodium. And it assumes that non-whole-grain foods are more expensive or more difficult to prepare, and that a loosening of the 100 percent restriction could make the lives of cash-strapped schools easier.

There’s another point that hasn’t been talked about much: The Republicans could well be totally correct about the sodium thing. A 2013 study from the Institute of Medicine found no evidence that cutting sodium below a certain level continues to pay dividends – in other words, cutting out most of your sodium is just as effective as cutting out all of your sodium. A 2014 New England Journal of Medicine study went a step further, finding that cutting sodium levels too low actually has an adverse effect on cardiovascular health. It concludes that there’s a window of sodium intake that’s healthy, not that sodium is necessarily bad.

Is it possible that a compromise…actually served the American public? This year is off to a weird start.