Finally, the bond between sheep and man gets its own movie. 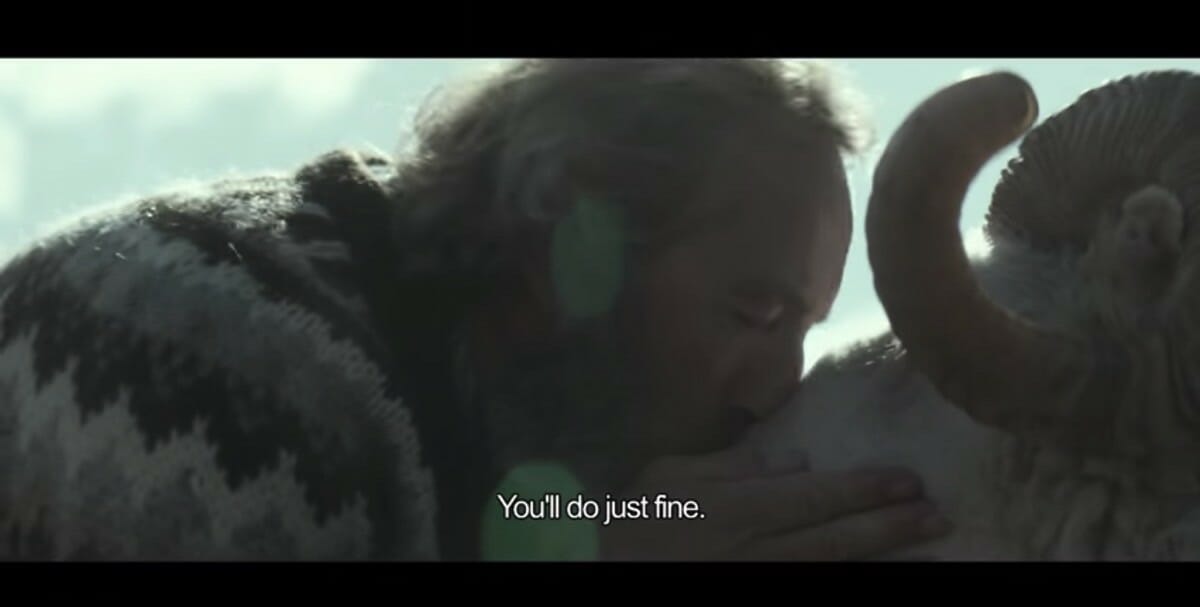 Most of the attention at the Cannes Film Festival goes to the winner of the annual Palme d’Or, usually referred to as the top prize at the festival. (This year it went to a French film about Sri Lankan refugees.) But the Un Certain Regard category often has some of the more interesting, oddball films at the festival; it’s designed to reward smaller films, weirder films, usually films from new or new-ish directors rather than the comparatively big-budget films that win the Palme d’Or. This year the winner of Un Certain Regard is of special interest to us, because it’s about farmers.

“Rams” (HrÁºtar in Icelandic) is the second feature from Icelandic director GrÁ­mur HÁ¡konarson. It’s described both as a comedy and a drama by various publications, a story about estranged brothers in a remote Icelandic valley who raise sheep and enter them in competitions.

Their world is thrown into turmoil when an instance of scrapie, a fatal degenerative disease in the same family as mad cow, hits their farm. One brother’s flock is taken away by government agents, and the other seeks his help to avoid the same fate.

You can check out the trailer here:

Via Variety, image taken from trailer

Popular
The Fertilizer Shortage Will Persist in 2023Shea Swenson
7 Smokable Plants You Can Grow That Aren’t MarijuanaBrian Barth
Agricultural Runoff Pollutes Well Water, a ‘Public Health Crisis In the Making’Madison McVan, Investigate Midwest
Mentally Disabled Slaves Mine Fancy Salt For South KoreansDan Nosowitz
Why Don’t We Eat Turkey Eggs?Dan Nosowitz
Explore Modern Farmer
Related
Features, Food Security, Labor
The Rise of Virtual Farmers MarketsLeah Borts-Kuperman
Environment, Labor, Water
California Farms and Farmworkers Attempt to Recover From Record FloodsNaoki Nitta
Books, How-To, Lifestyle
How to Turn Your Garden Into a Business, No Matter the SizeEmily Baron Cadloff
Food Security, Labor, news
A New Egg Co-operative Has Hatched in the Western U.S.Lindsay Campbell
wpDiscuz
We use cookies on our website to give you the most relevant experience by remembering your preferences and repeat visits. By clicking “Accept”, you consent to the use of ALL the cookies.
Cookie settings ACCEPT
Privacy & Cookies Policy