Photographs of agriculture in Cuba. 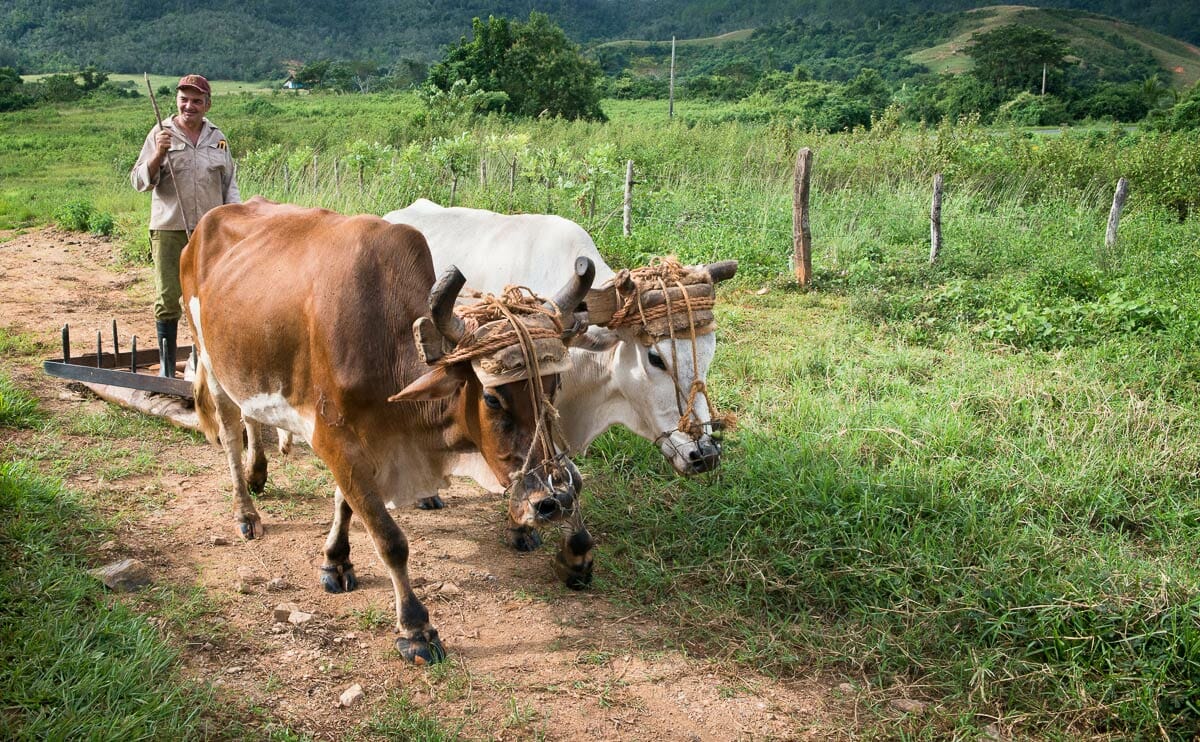 West of Havana, in the rich Viñales Valley and other provinces, this ag revolution was harrowed out of land provided for free by the government. Farmers began cultivating lombriculture (earthworm culture) techniques. Crops were grown with natural fertilizers and environmentally safe, cheap and indigenous botanical insect repellents. Seed banks were established, farmers shared data and the government began to send students for work-study programs. Cuba is no longer starving. Not only is there a variety of produce on the Cuban table but it is largely organic — and substantially below the price of chemically enhanced crops. 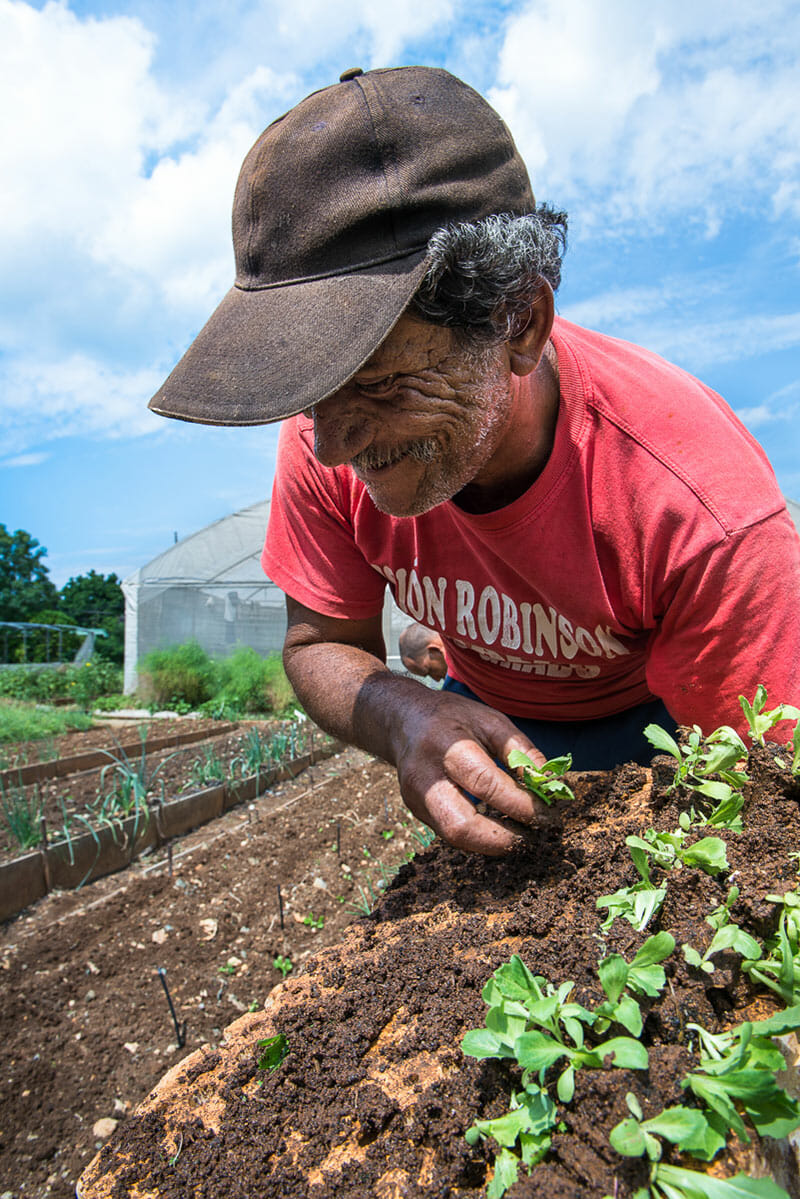 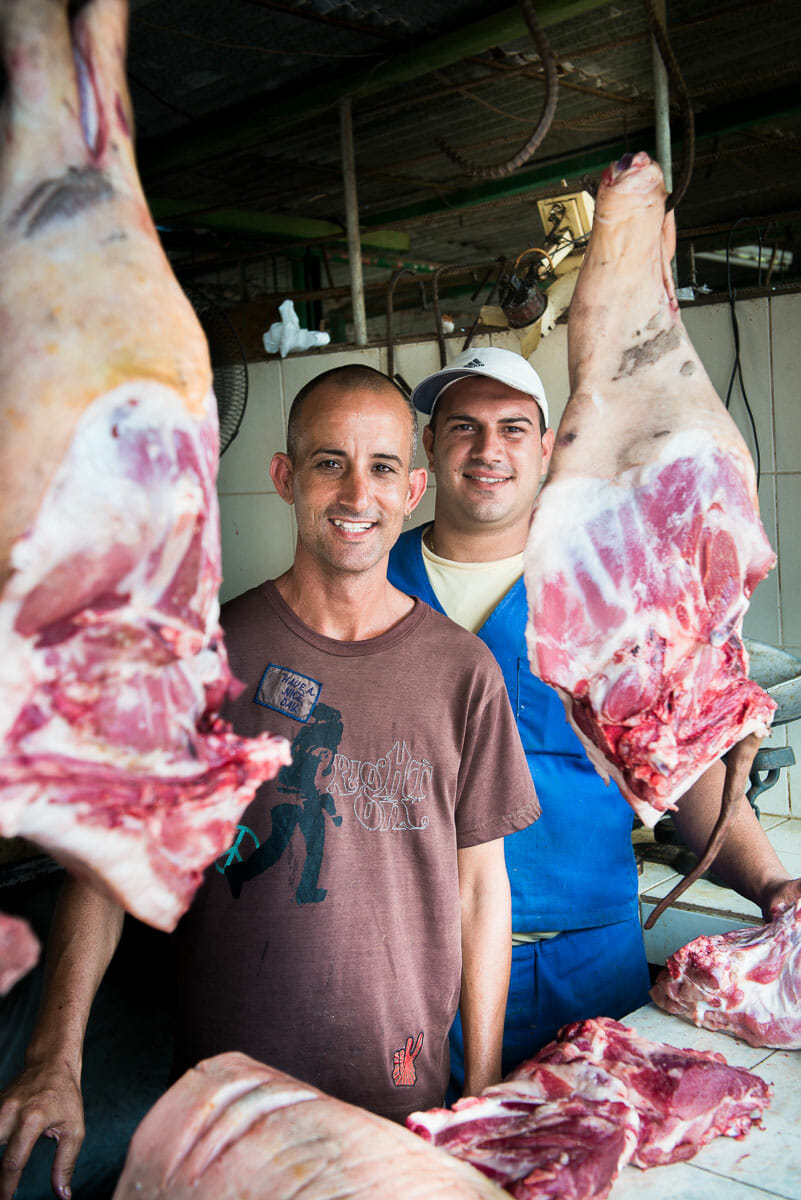 Urban gardens often have a pork butcher associated with each produce stand. Leftover produce is fed to the pigs. Nothing is wasted. 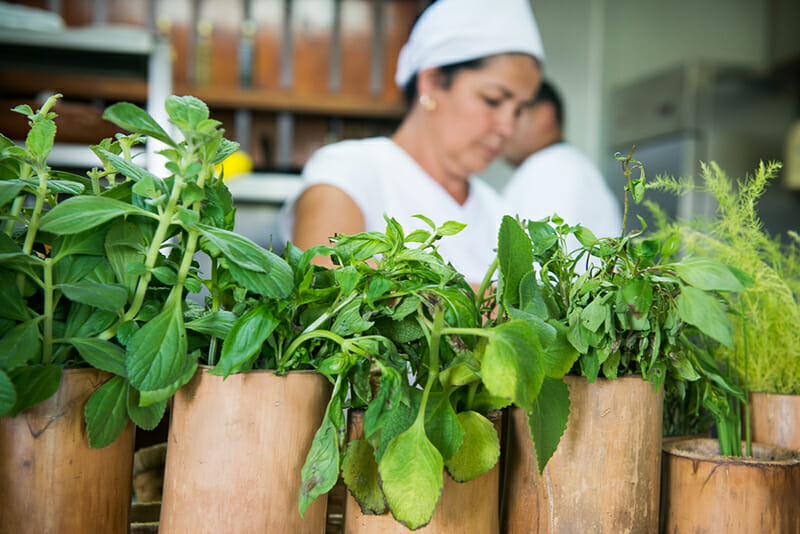 The organic movement has inspired such restaurants as El Romero in Las Terrazas, growing herbs and vegetables on-site. 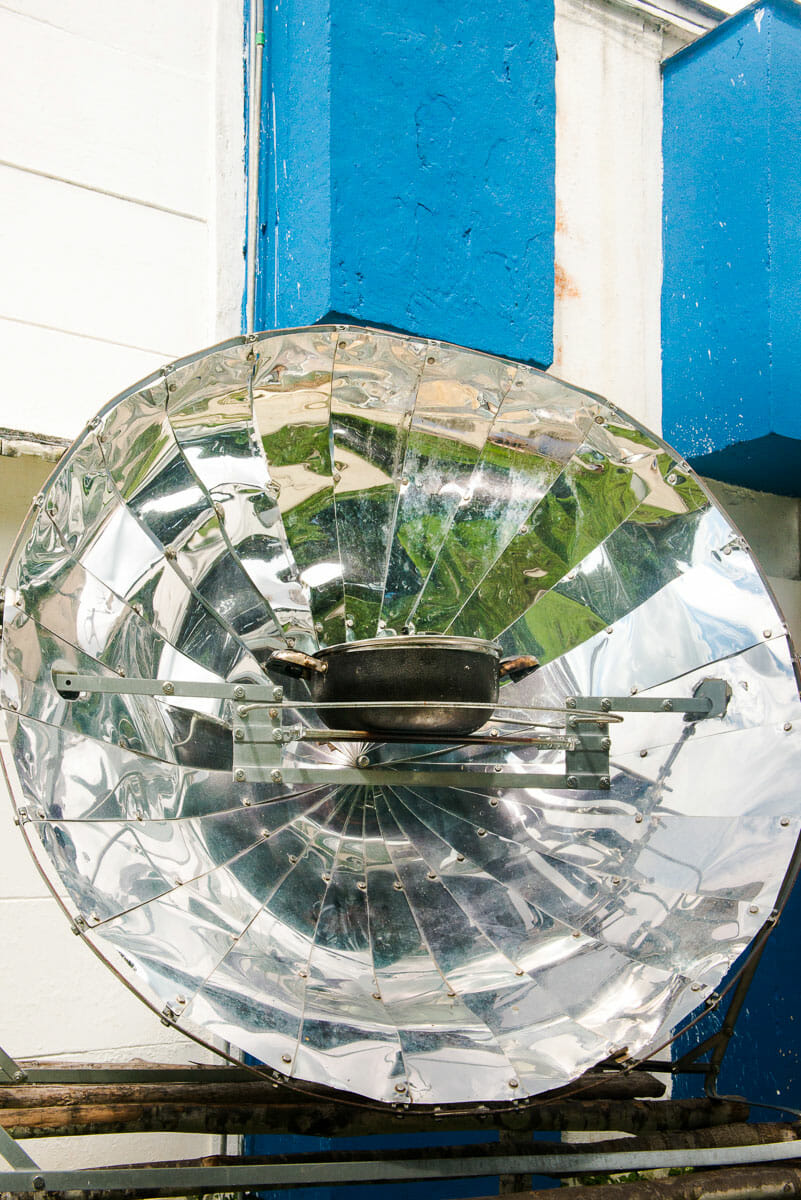 Not only is El Romero a Slow Food restaurant, organic and vegan, but it uses solar energy to cook its food. 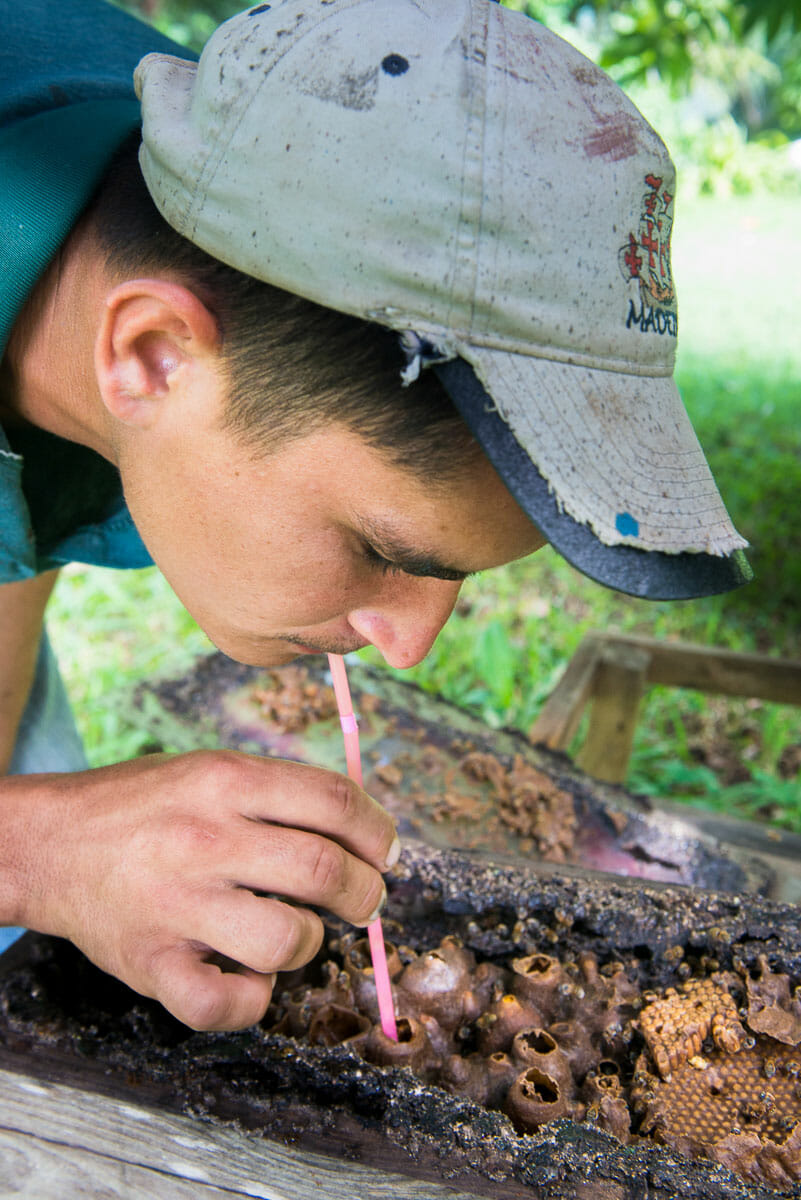 Beehives populate every farm and garden. Essential for pollination of plants, they also produce an intensely flavored honey. Added bonus — Cuban bees have no stingers! They do bite, but just barely. You can pilfer honey through a straw. 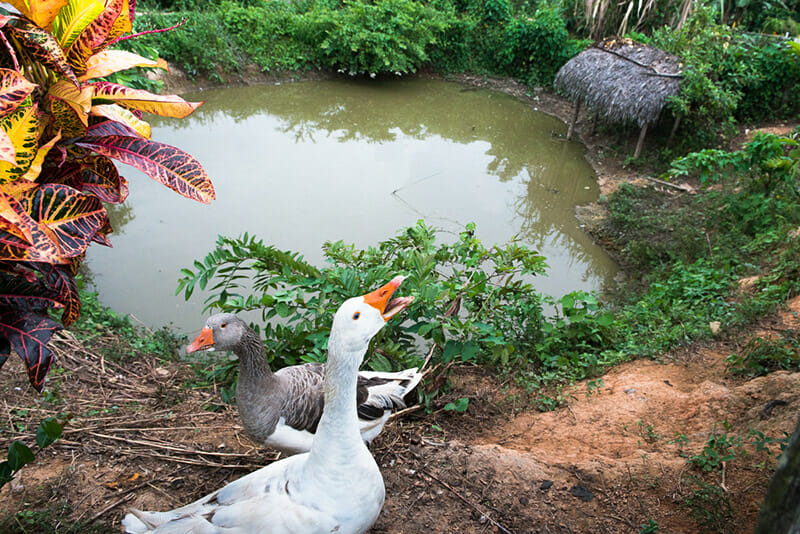 Countryside fincas (farms) utilize many types of biofertilizers. Goose excrement washes into a pond filled with catfish. When the water is low, the concentrated liquid with fish and goose droppings is used on the soil. The larger catfish are eaten and the smaller ones begin the cycle again. 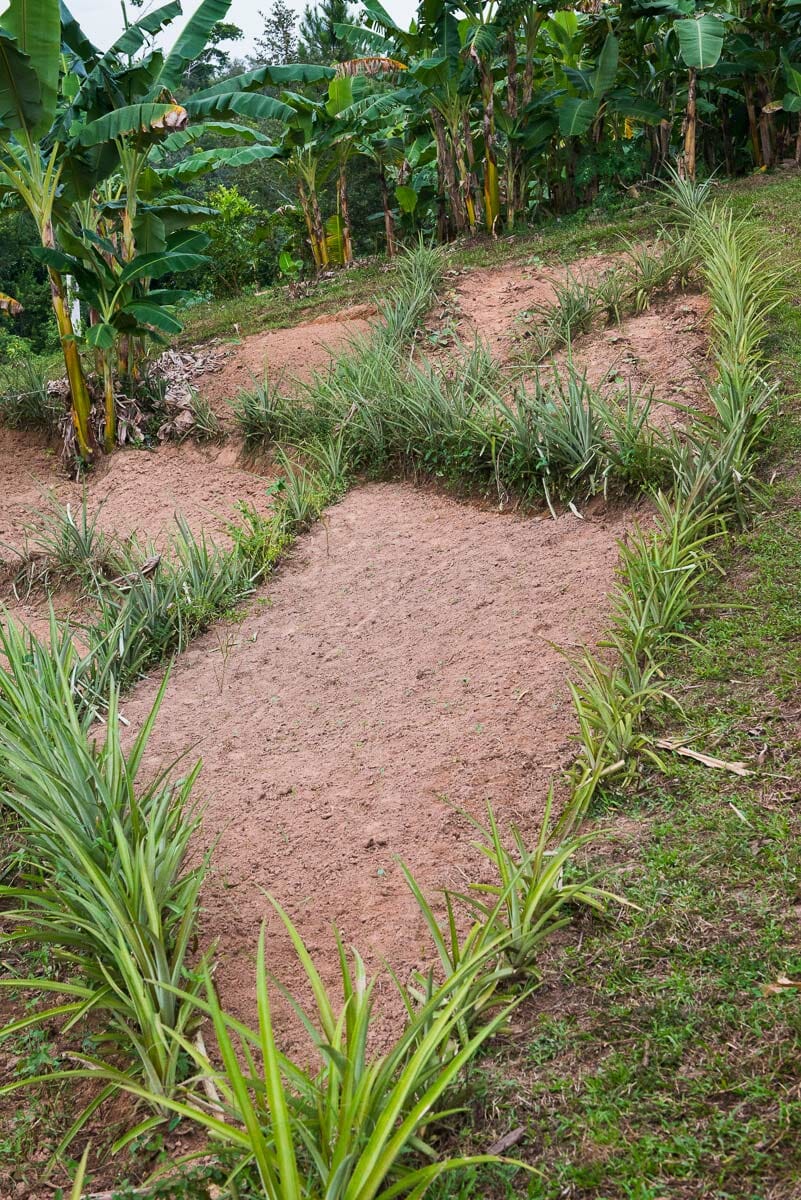 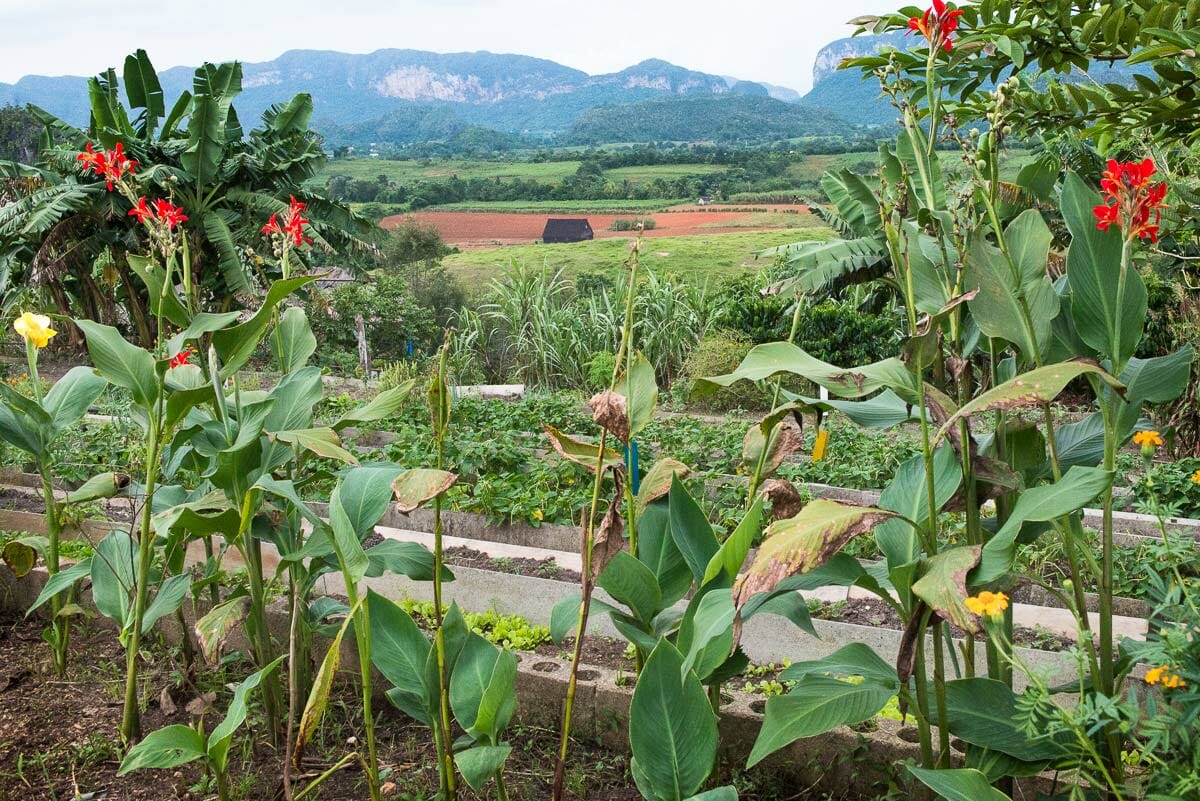 Canna lilies are only one form of insect repellent that protect this terraced farm overlooking the Viñales Valley. Called the Silent Valley, all Viñales is a national park. Hibiscus, corn, marigolds, millet and basil also help ward off insects. 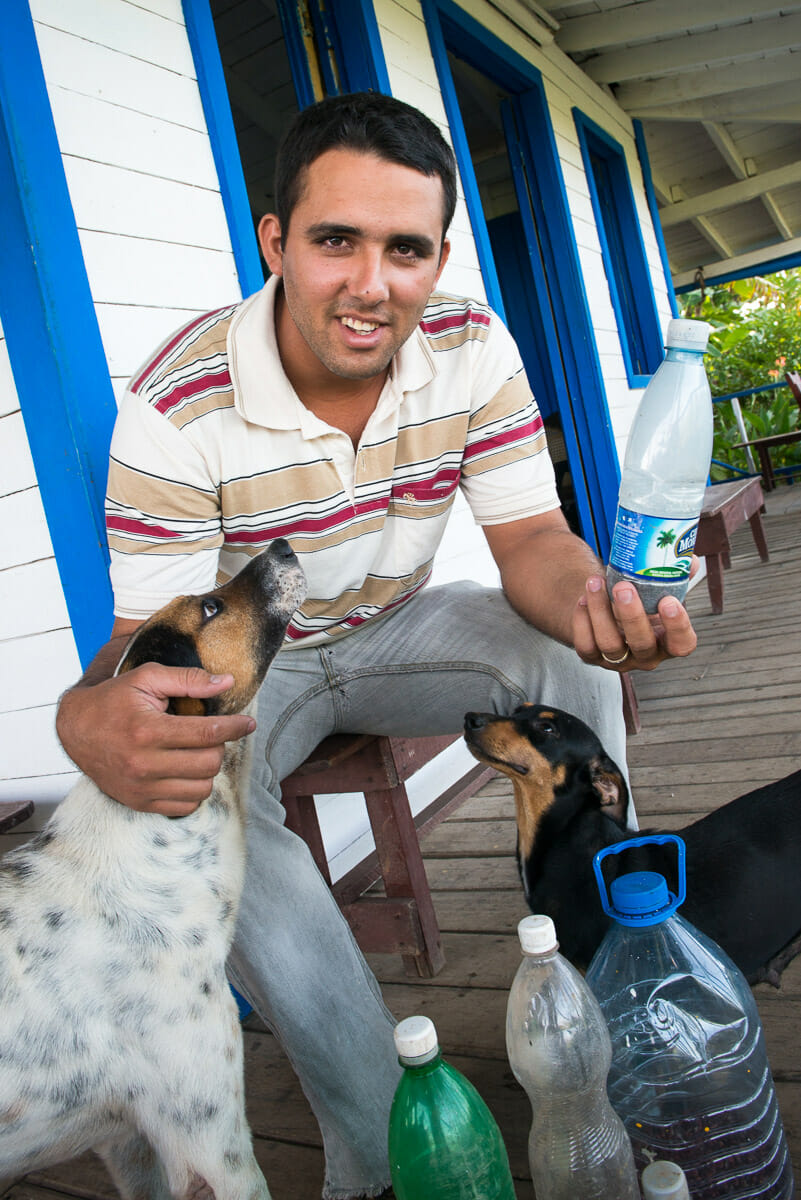 Antonio Ramirez Jorge, who has been an agroecolÁ³gical farmer of El Paraizo for nine years, explains his “seed bank,” where he and other farmers in the co-operative often exchange seeds. Dogs don’t get a free ride on Jorge’s farm. Manchado (Spotty-left) and Mocha (Shorty-right) work diligently to drive off unwanted predators. 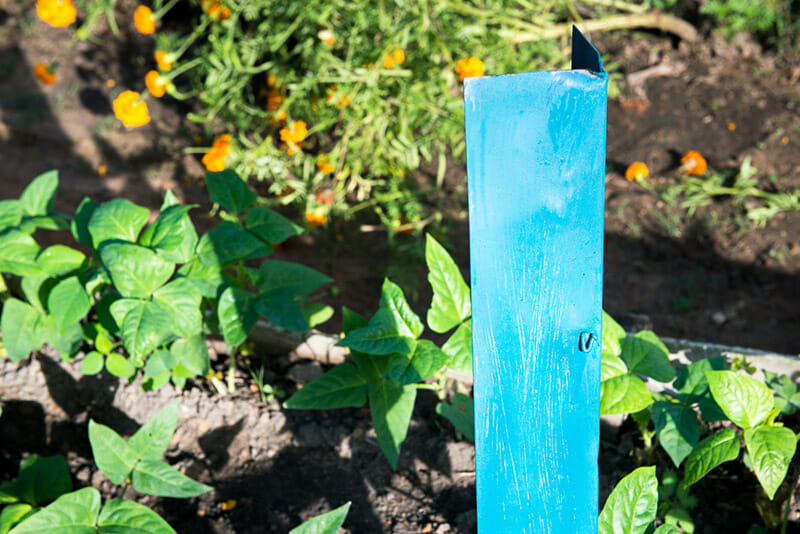 Blue, yellow and white metal posts are staked throughout the terraces. Coated with oil, the colors attract insects and the oil disables them. 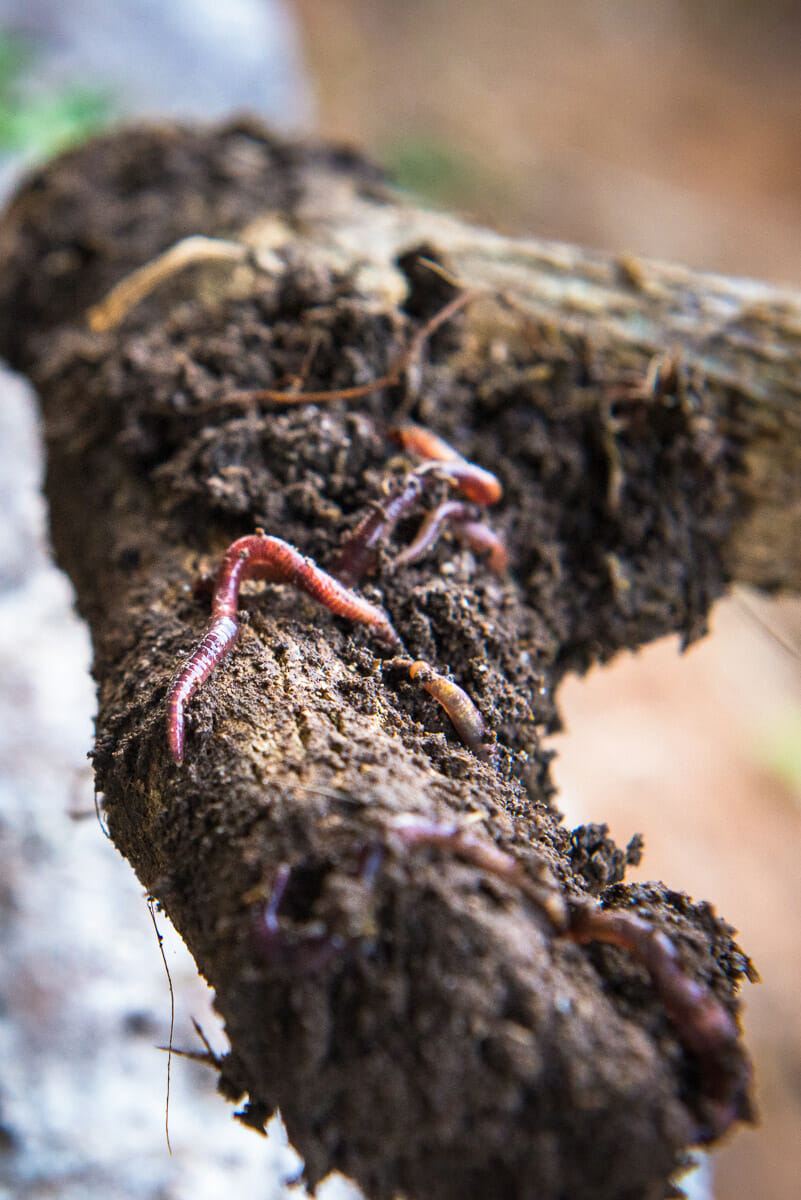 Despite the U.S. embargo, farmers find a way to import California Red earthworms to complete the lombriculture process for soil amendment. 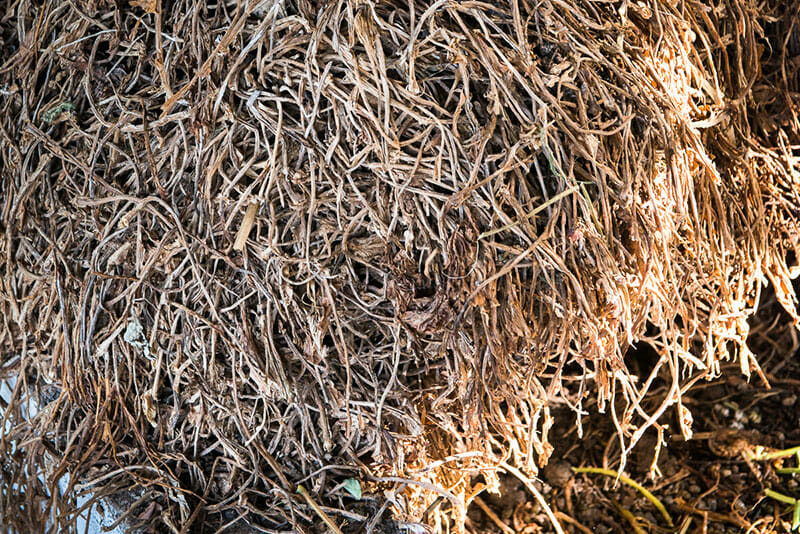 The Viñales Valley is known for the production of superior black leaf tobacco. Farmers collect the discarded center veins that contain 70 percent of the nicotine in the leaf. Soaking the veins in water produces another type of insect repellent that can be sprayed on plants. The waterlogged veins are then added to the compost. 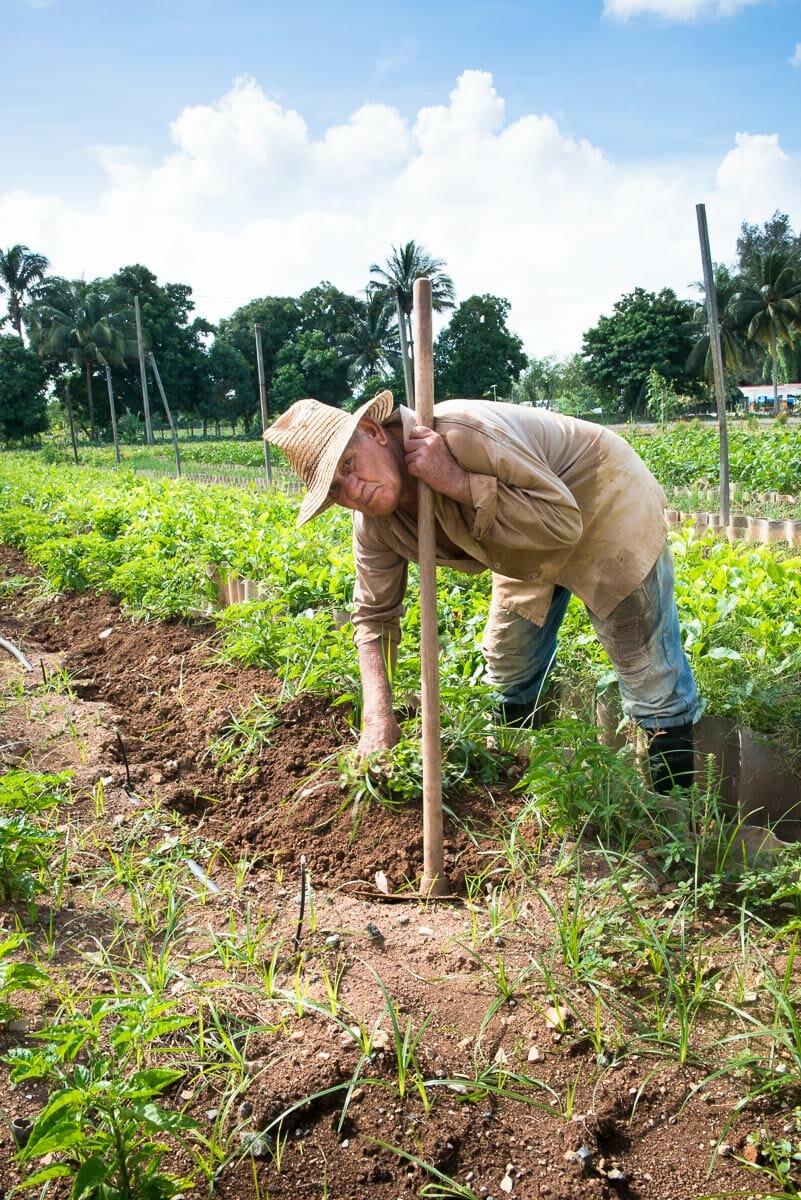 Approximately 30 workers hand-tend a four-acre farm on the outskirts of central Havana. Land is free as long as there is production. The government sets aside a percentage for itself and the rest can be publicly sold. 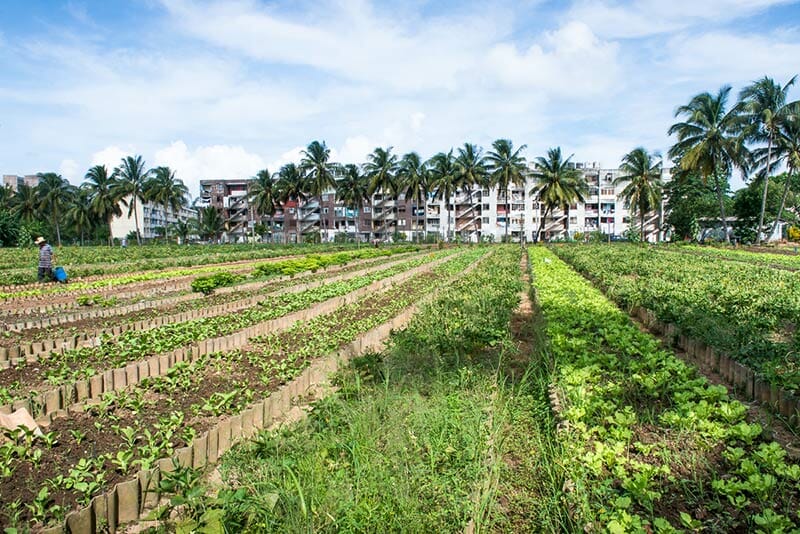 OrganopÁ³nica do not only produce vegetables and fruit but also medicinal herbs. With new laws allowing small private businesses, farmers are now selling to the recent wave of high-end restaurants in the cities.