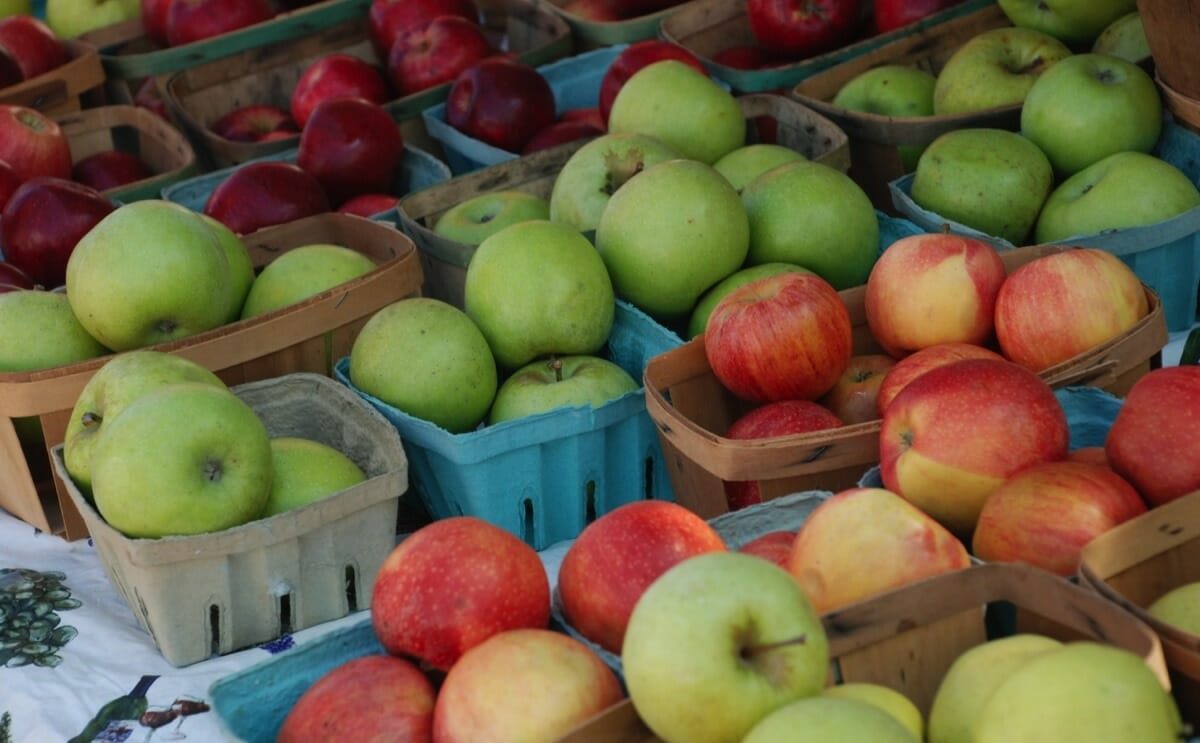 Researchers tested only the most popular varieties of apple, but of those they determined which is most effective in the battle against the bulge: the classic Granny Smith.

Here’s the thing about obesity: it’s much more complicated than you might think. A recent study (done on mice) found that intestinal flora — bacteria in the gut — have a significant impact on obesity. Mice without certain microbes actually gained significantly more weight when they ate fatty foods than mice with those microbes. That weight gain was accompanied by an inflammation that caused the mice to eat more as well as causing them to develop a resistance to insulin, one of the early signs of diabetes. Even crazier, when the specific-microbe-lacking flora was transferred from the obese mice to the skinny mice, the skinny mice began to gain weight just like the obese mice.

That might sound scary, but it means that it’s theoretically possible to change the body’s tendency toward obesity just by changing the bacteria in the gut. And the apple study, from Washington State University, found that some of the indigestible stuff in apples actually encourages the growth of that friendly, obesity-fighting bacteria.

Here’s what they said about the Granny Smith: “The nondigestible compounds in the Granny Smith apples actually changed the proportions of fecal bacteria from obese mice to be similar to that of lean mice,” said Giuliatta Noratto, the study’s lead researcher, in an announcement on the university’s site.

We’d love if the research extended to more seasonal and delicious varieties (Cameo? Honeycrisp? Pink Lady? Ginger Gold? Russet?) but it’s good to know that all varieties of apple, not just the champion Granny Smith, contain some level of the indigestible material that fights obesity. Plus, it provides an excuse to gorge on apples all fall, and the rest of the year.