Who Let the Fish Out: Fish Hatcheries in the Pacific Northwest - Modern Farmer
Animals, Plants

Who Let the Fish Out: Fish Hatcheries in the Pacific Northwest

Early in the morning of May 13th, 2014, an unknown fish vigilante stole into the Tokul Creek Fish Hatchery in the suburbs of Seattle and cut the padlocks on the juvenile steelhead trout pens, opening the passage between the hatchery and the river. Why? 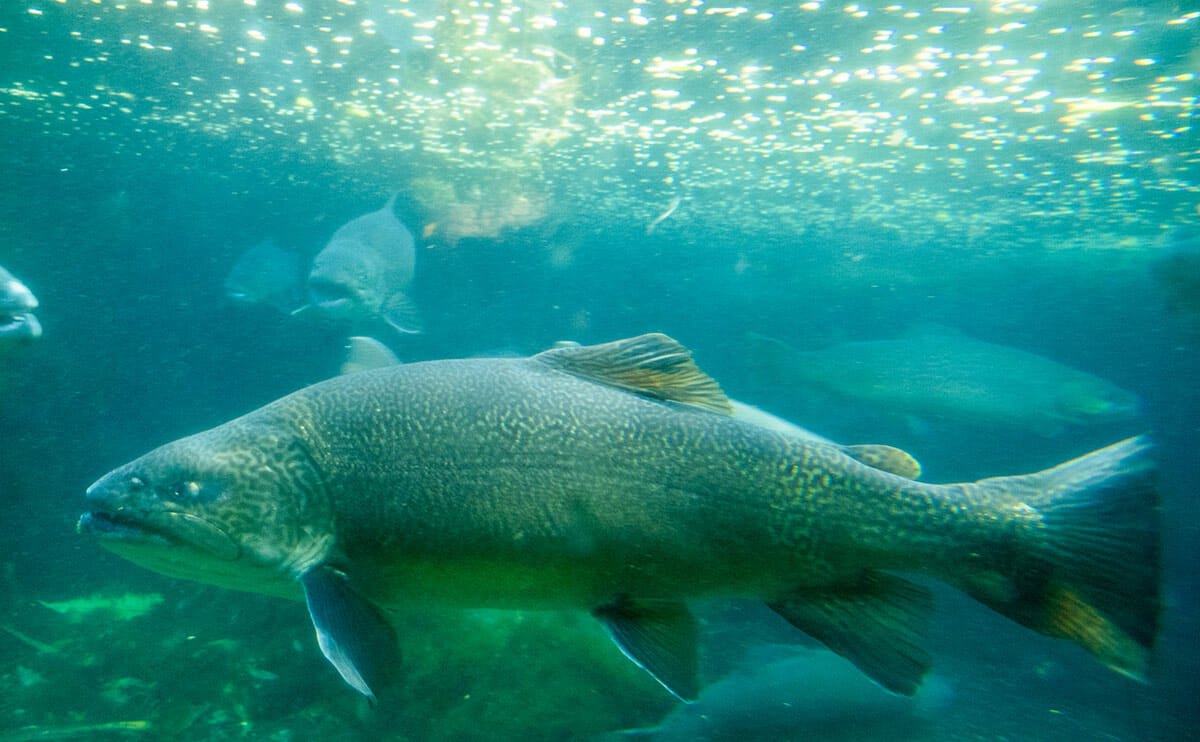 The fish, part of the Washington Department of Fish and Wildlife hatchery program, were supposed to be trucked to lakes in eastern Washington the next morning. Because of the timing, and the fact that the vandals didn’t touch anything else, hatchery workers believe that the locks were cut by an angry fisherman, someone frustrated by the WDFW’s decision not to release fish from Tokul Creek this year. That decision came in the face of a lawsuit brought on by the Wild Fish Conservancy, which, citing the Endangered Species Act, argued that hatchery fish harm instead of help wild fish populations.

Hatcheries toe the line between wild and farmed fish. And these days, they provide 85 percent of the fish we eat, according to the Food and Agriculture Organization of the United Nations latest report.

Unlike farmed fish, hatchery fish are released into the rivers and lakes where they mingle with their wild cousins. They’re technically the same animal, but genetically and behavior-wise they’re pretty different. They tend to be larger, dumber and more prone to disease. Hatchery fish are crowding out wild fish, competing for resources and getting them sick – which is why groups like the Wild Fish Conservancy are opposed – but they also make up a big chunk of the economy in the Pacific Northwest, which is where they are especially contentious.

Hatcheries have operated in Washington since 1895, where there are currently 83 state run, 51 tribal, and 12 federal in the state. California, Alaska and Oregon have similar systems. The hatcheries have support from both commercial and recreational fisherman, who like that they help maintain a baseline of fish.

And wild fish populations have been struggling. Wild migratory salmon and steelhead, which hatch in rivers and mature in the ocean, have been hard hit by a mix of factors including loss of habitat, dams blocking their natural migration and changing stream chemistry. Since 1991, when the Snake River Sockeye salmon made the endangered species list, 17 different types of salmon have been declared endangered. Steelhead made the list in 2006. Hatcheries became part of the federal and state recovery programs, because hatchery fish were supposed to take the pressure off of the wild populations so fisherman could still meet the demand for non-farmed salmon without overfishing. Now, according to the Wild Salmon Center, half of the returning salmon are bred in fish hatcheries instead of spawning naturally.

But it’s not that simple. Even with millions of hatchery fish being pumped into rivers, the total returning fish population is about the same. Recent research has shown that fish hatched in captivity don’t perform particularly well in the wild. They’re less genetically diverse, more prone to disease, and not as capable of fending off predators. Plus, in streams with low carrying capacity, they compete with wild fish for food. They’re bigger and more aggressive, so they’ve been known to attack and kill wild fish.

Hatcheries are maintaining a level of fish in the rivers so we can still eat salmon, but they’re not dramatically upping the population, and they’re not building a robust, healthy fish stock. They create false population positives: Fewer than one percent of the smolts released from the hatchery return home to spawn, according to the Fish and Wildlife hatchery program. “Contrary to popular belief, hatcheries are not helping wild fish recover. Instead, research shows hatcheries are harming wild fish and impeding their recovery,” says Kurt Beardslee, executive director of Wild Fish Conservancy.

But hatcheries can’t just be shuttered – and not only because angry fisherman will commit petty acts of vandalism. Fishing is a $15 billion dollar industry in Washington, and hatchery fish are a part of that. “We recognize that some fragmented ecosystems may depend on hatchery broodstocks to maintain commercial and recreational fisheries, but we view this as an incomplete solution. Hatcheries should be regarded as a last resort, and a partial aid in the rehabilitation of fish stocks that have declined due to overharvest and loss of habitat,” the Wild Salmon Center says.

So what happens now? It’s unlikely that hatcheries will disappear, although there are government working groups dedicated to hatchery reform, and strategic hatchery distribution is becoming more popular. You can’t fully separate fisheries, because spawning streams all run out to the pacific, but now there’s a movement toward only releasing hatchery fish into specific streams, and marking them so that fisherman know when they’ve caught a wild fish.

It’s not straightforward and it’s going to keep being contentious. Conservancy groups will likely keep bringing lawsuits and vigilante fisherman might just keep cutting locks. The steelhead that swam out into the Snoqualmie were symbolic, more of a protest than anything else, but, even if they don’t come back to spawn it won’t be the end of the story. The steelhead is Washington’s state fish, and a lot of people, from native tribes to fish biologists, are invested it its health. They just have very different ideas of how to keep it alive.