Can You Eat Fainting Goats?

Should the Tennessee fainting goat be bred for meat or for meme? 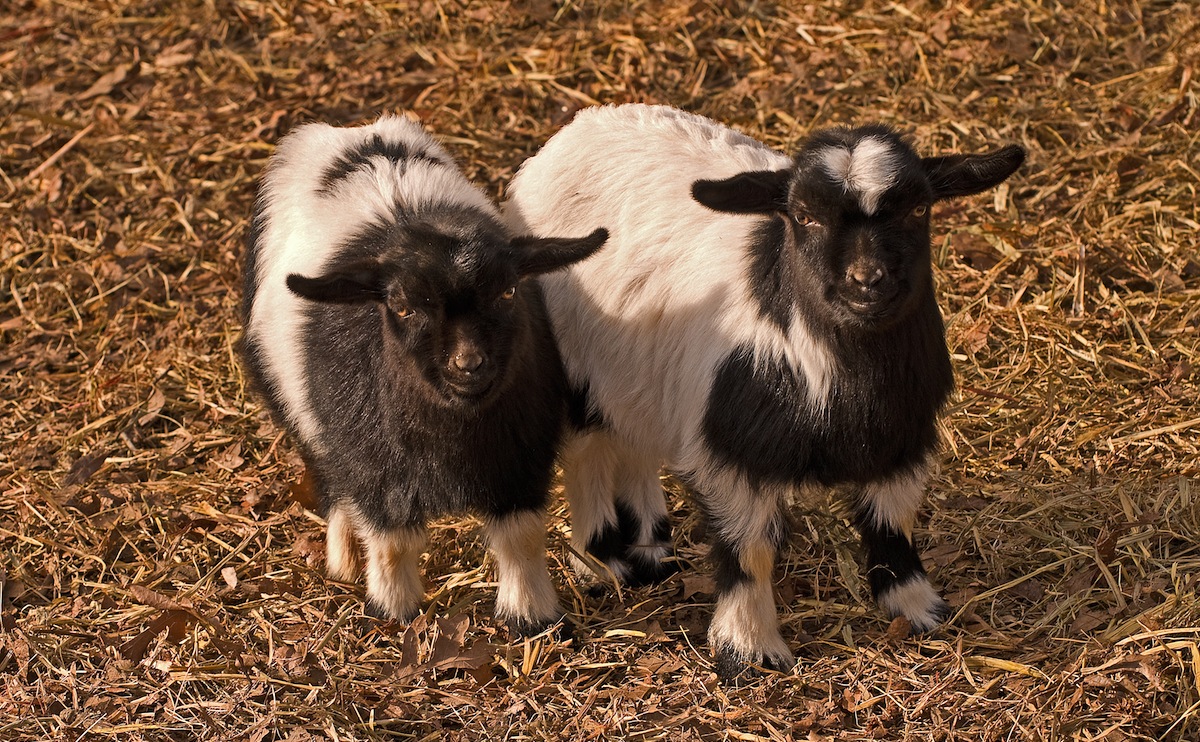 According to The Livestock Conservancy, an organization that works to preserve heritage breeds, myotonic or Tennessee fainting goats were first bred in the 1880s, when a farmer named John Tinsley brought four unusually stiff goats with him to central Tennessee. Over time, the breed’s popularity spread and reached Texas in the 1950s. Then, in the 1980s, fainting goats experienced a renaissance of sorts, and breeders split into the two factions that exist to this day: Those that raise them as meat goats, and those that keep them as novelty pets.

Fainting goats have a condition called congenital myotonia that affects their skeletal muscles. When surprised, the kids’ bodies seize up causing them to fall onto their side with stiff limbs. Some older goats continue to “faint” when startled, though they never lose consciousness, but others do learn how to better manage their condition. Since fainting goats tend to be docile and smaller than other breeds, they do make lovely pets. Their primary classification, however, is that of a meat goat.

According to the International Fainting Goat Association, the Tennessee fainting goat is generally a stocky creature with more muscle mass, due to their muscle tensing condition. Because of their increased mass, the goats have a higher meat-to-bone ratio than their normal-sized kin and less fat, generally weighing in from 60 to 175 pounds. They are also less likely to jump or climb (re: escape), which means they’re easier to raise. It’s quite clear why the breed is appealing to meat farmers.

Congenital myotonia is hereditary, so there is no danger in consuming a fainting goat’s meat; the condition is also found in humans and some dogs, cats, and ponies. However, fainting goats are currently listed as “recovering” by The Livestock Conservancy, so they’re not slaughtered as often as other breeds. If you are ever offered a plate of fainting goat, though, feel free to dig in without fear of contracting disease.

For those proponents of fainting goats as novelty pets, we’ll let the following video evidence speak for itself.

The “Best Of” Compilation

Spoiler: There’s no fainting in this one.

This one’s kind of sad.