Moose milk. It's a thing. 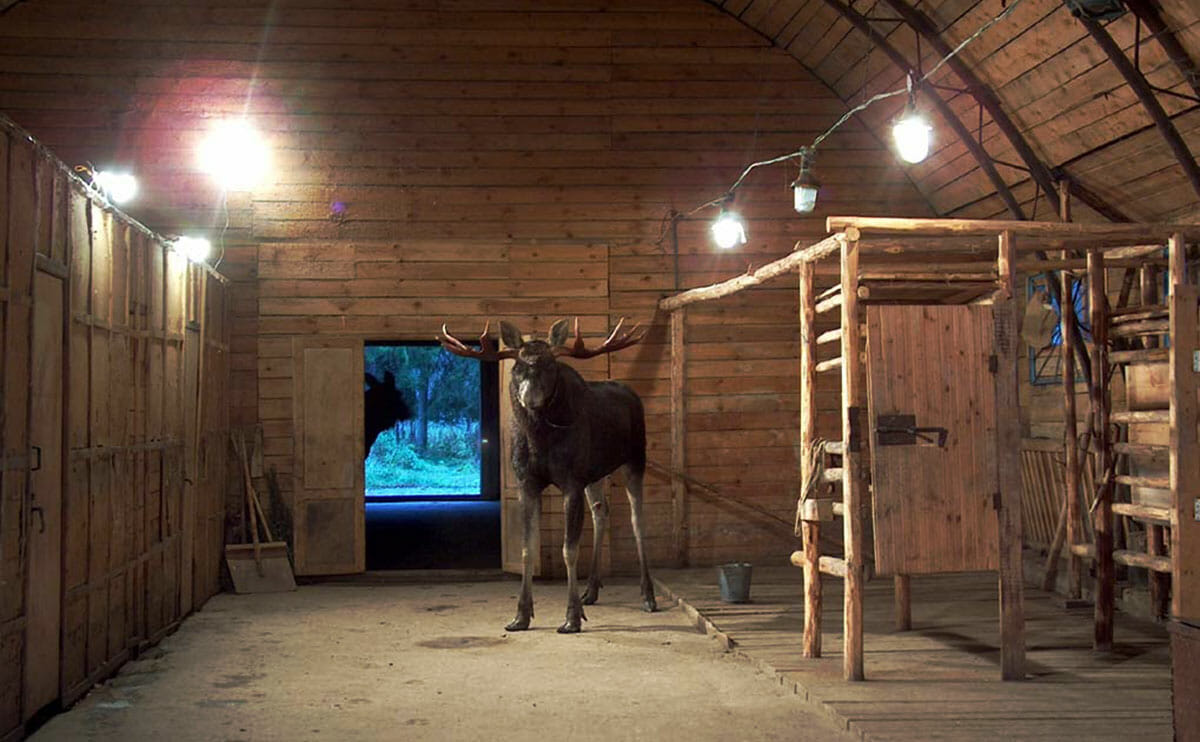 Carefully drawn from the teats of these northern giants, this pine-scented delicacy is renowned in the area as a cure for peptic ulcers. High in butterfat (usually coming in at around 10 percent, compared to cow milk’s average 5 percent), loaded with double the amount of essential amino acids as cow’s milk and chock-full of lypozyme – an enzyme that kills ulcer-creating bacteria – the slightly acidic milk has been used by Kostroma’s Ivan Susanin Sanatorium as a treatment for an array of diseases and disorders for over 30 years.

The sanatorium – an alternative therapy retreat for people suffering from gastrointestinal diseases – sources their entire milk supply from the nearby Sumarokovo Moose Farm. Originally established in 1966 and designed to house over 800 moose, the farm is now home to just under 30 animals.

This pine-scented delicacy is renowned in the area as a cure for peptic ulcers.

Alexander Minaev, a senior researcher at the Russian Academy of Sciences, oversees the government-owned farm and has studied the behavior of these semi-domesticated ungulates since 1978.

“I never worked much with cattle or horses, but working with moose is much more interesting because they are tame, free and wild all at the same time,” he says in an email interview.

Much like reindeer husbandry in Sweden, Norway and other northern countries, Minaev says the moose at Sumarokovo farm spend most of their time freely grazing in the forests surrounding the area. During calving season – late May to early June – Sumarokovo’s cows return to the farm (lured by the promise of tasty oats) to have their young. Minaev keeps track of their whereabouts daily using radio tags and GPS collars he designed.

Within a week of delivery, while the calves are busy frolicking with tourists, (at five days old they can already run faster than the average adult human) Sumarokovo’s dairymaids (yes, they are actually called dairymaids) begin harvesting the precious milk. On average, a female moose can produce between 1 and 6 liters of milk per day.

Minaev says although the farm is “the most stable moose-milk provider for medication in Russia,” it is far from economically profitable. He says it remains open largely as a tourist attraction, something he is more than OK with.

“The moose farm is an ecological education center. It gives the unique opportunity of immediate intercommunication between people and these intelligent forest animals,” he says. “But it is also a center of conservation, it allows reproduction, resettlement and number restoration.”

Although moose is not likely to be the next chapter in the raw milk craze, intrepid dairy connoisseurs are welcome to visit the farm and try a glass of this rare beverage.

Photos courtesy of Alexander Minaev and the Sumarokovo Moose Farm

There is no such enzyme as Lypozyme. Its called Lysozyme

You know that’s no a female moose, it’s a male or bull moose. Talking about milking and photo is a male ???