Neat green rice fields and farmers decked in plaid - this could be any farm in rural Japan. But Yamagata Girls Farm, in remote Yamagata prefecture, is different: All the farmers are young women. 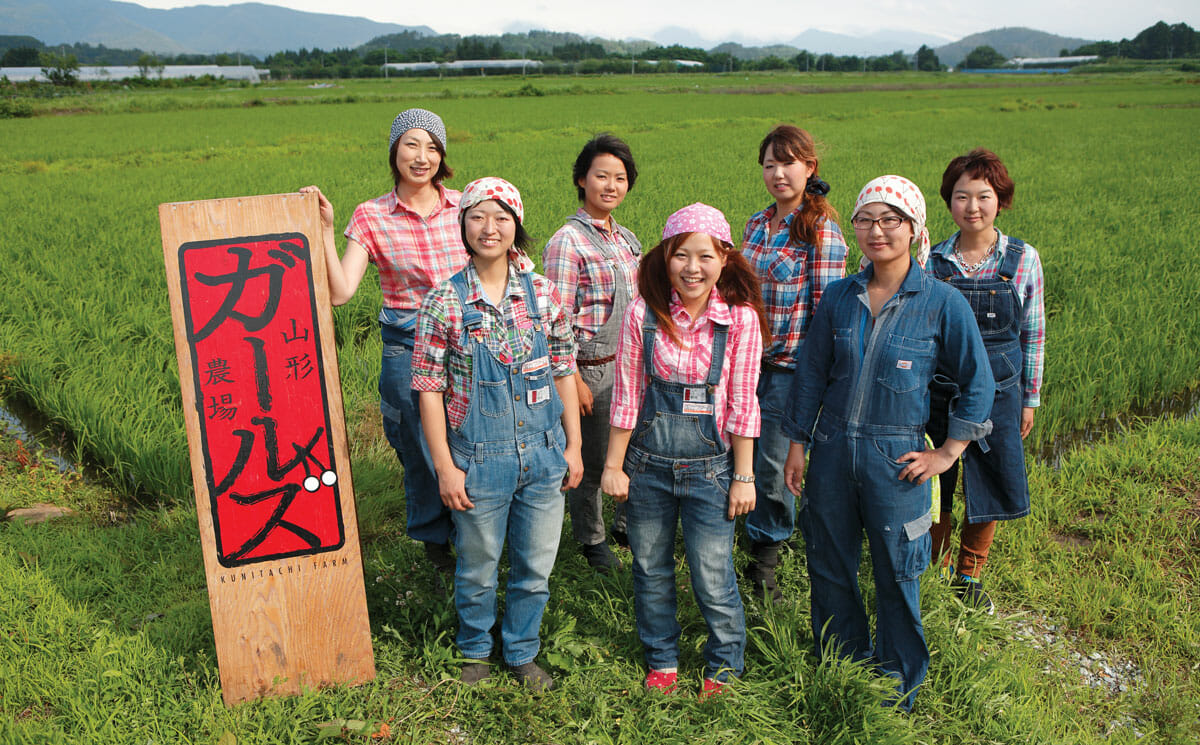 Yamagata Girls Farm was founded in 2009 by 32-year-old Nahoko Takahashi, who cut her teeth working with her farmer father as a child. Now she has given the Japanese agricultural industry a new face. The farm is run by seven women between the ages of 21 and 32 who grow watermelon, spinach, taro and five kinds of rice, and sell baked goods made from their produce.

“The goal is to change the image of agriculture in Japan,” explains Takahashi. “Japanese agriculture is still a male-dominated industry, and farming has been unpopular among young generations for a long time.”

Any woman can apply to be a farmer at Yamagata Girls Farm, although all the women who work there hold agricultural degrees. Like most farmers, the women experience their long workdays dictated by the seasons. They rise before dawn on humid summer days to beat the midday heat. The farm is as social media friendly as it is business savvy: In addition to selling produce in restaurants, at hotels and via online shops, the farmers also keep a blog and use Facebook and Twitter to get the word out. The women adhere to a few guidelines, some serious (never skip a meal, always eat lunch together) and a few tongue-in-cheek (always wear a checked shirt, slap on some makeup before hitting the field).

Yukako Harada, 29, a nutritional scientist from Kobe, joined the farm in 2009 after meeting Takahashi as a student. “Women are very different from men as farmers,” says Harada. “Women are natural mothers, so they are often more nurturing than men, raising vegetables and crops the way they would raise their own children. This makes them very good farmers.”