Raw milk vending machines are drawing plenty of European customers -- and increasing amount of envy from raw milk advocates in the United States. 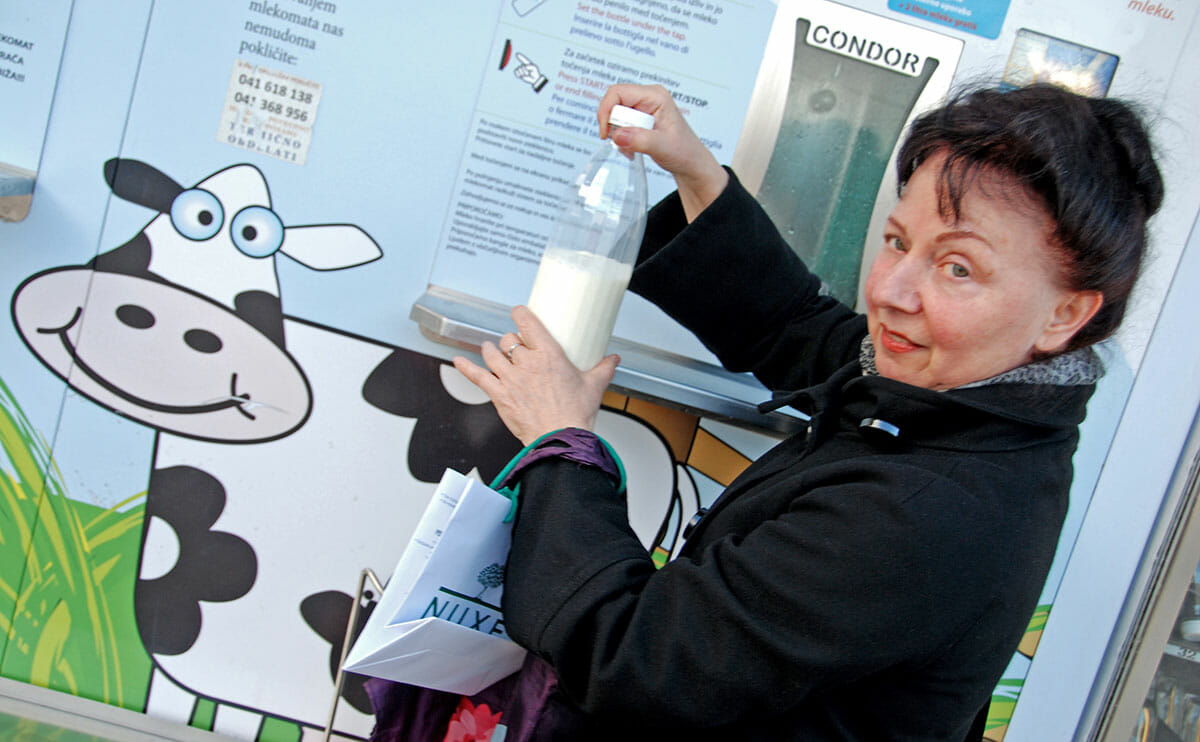 Europe’s embrace of raw milk vending machines isn’t new. Such daring dispensers of unpasteurized dairy can be found in France, Croatia, Switzerland, Austria, the Netherlands and, as one map shows, all over the place in Italy. In a recent post for TakePart, Rebecca McCray, a Fulbright fellow studying the criminal justice system in Slovenia, digs into the story behind one such machine outside Ljubljana.

There, local dairy farmer Marko Bitenc refills his machine with fresh milk once a day. Because he owns and operates the machine, there is no middle man between farmer and consumers — just a few buttons and a spout. 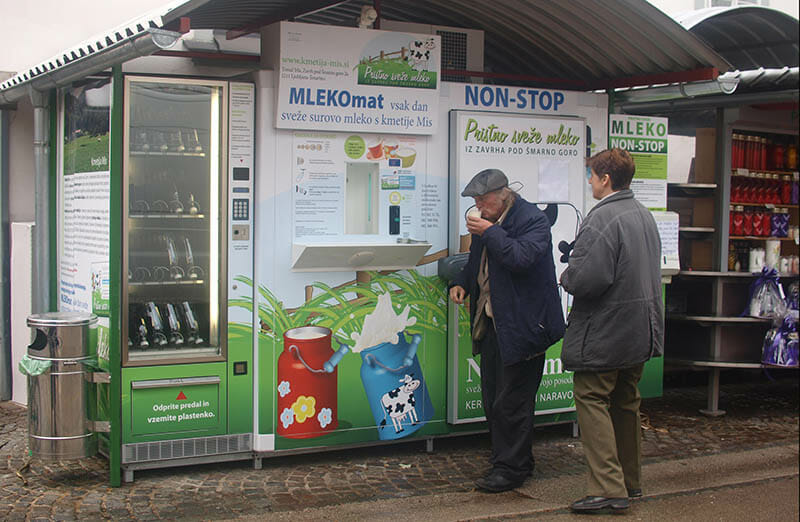 The mlekomats, as they are called in Slovenia, also allow for a few easy safety measures. If the milk rises above a certain temperature set by the Slovenian Administration for Food and Safety, sales stop and Bitenc’s phone buzzes with a text message alert. A UV light sterilizes the milk spout between purchases.

McCray loves the machines as a way to buy fresh, local moo-juice. A Euro buys her a full liter of raw milk, but she tends to go for milk in 20-cent increments so she can enjoy it all at once. “Unsurprisingly, the unskimmed milk from the mlekomat is utterly unrecognizable compared with the bluish, watery counterpart I bought in the U.S. — another reason I rarely waste a drop,” she writes. 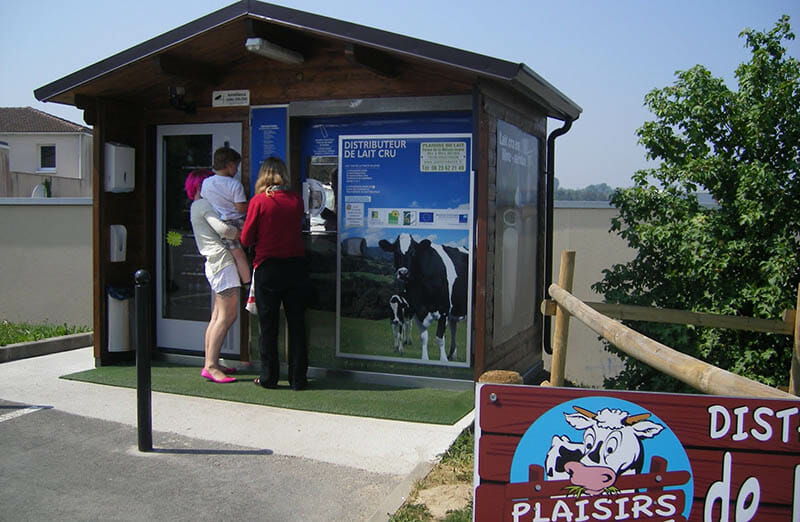 Wake Up World, EcoWatch and the NaturalNews have used stories like McCay’s to illustrate the divide between European and North American attitudes toward unpasteurized dairy. Seven states in America and all of Canada ban the sale of raw milk due its potential to carry a range of harmful diseases such as listeria. In other states, selling raw dairy products requires dairy farmers and sellers to navigate a tricky set of regulations. A misstep can lead to dramatic SWAT-style raids, court cases and even jail time. 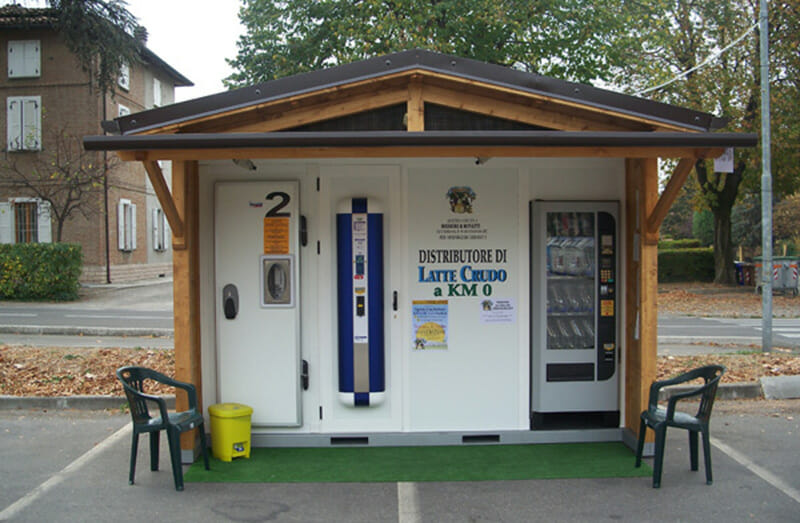 Don Schaffner, a food science professor at Rutgers University, doesn’t see how vending machines would remove the risks inherent to drinking raw milk. “It’s certainly a good idea to have a vending machine that will stop vending if the temperature rises,” he commented by email, “however some pathogens like L. monocytogenes can grow at refrigeration temperatures.” 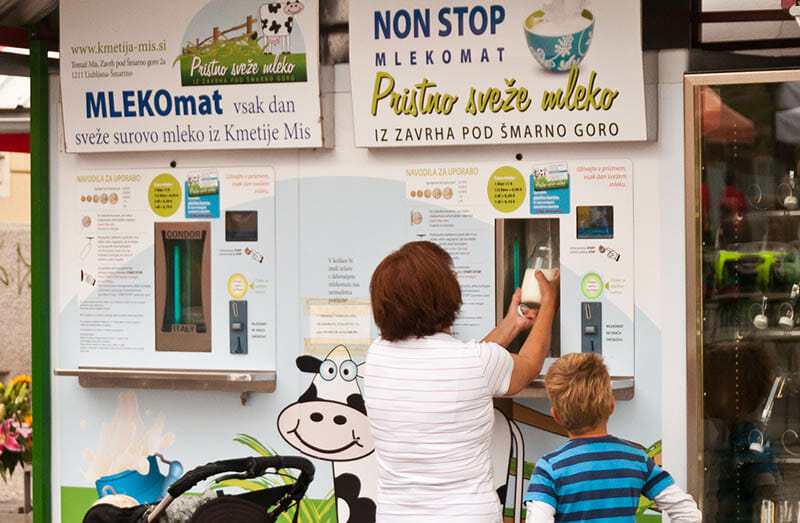 Milking a Slovenian raw milk machine for all its work. Image by John Kroll via Flickr.

But raw milk advocates don’t see Europe’s vending machines as a way to eliminate the risks. Rather, McCray and others would like the chance to assume those risks and enjoy the taste of raw milk at the press of a button. 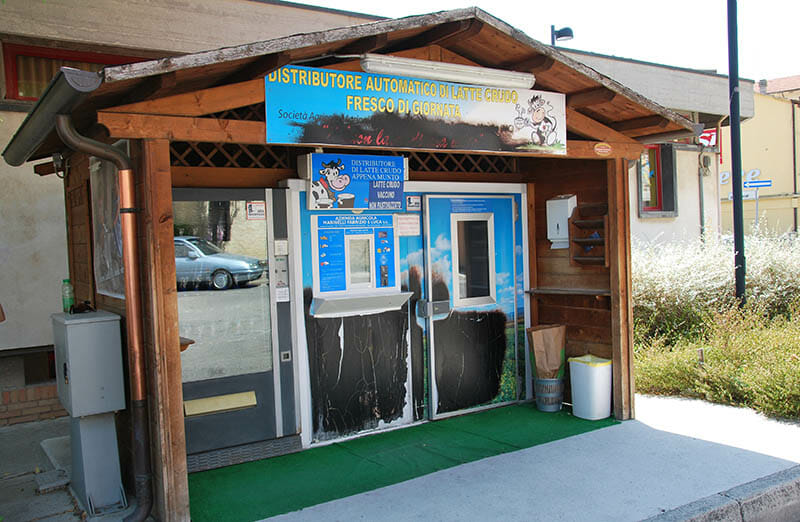 The images in this blog are really impressive and realistic conveying the message of fresh available via these machines as a natural resource available all around! Availing raw milk is easier now.