5 Things You Need to Know From the New Farm Census

The farm census, only released every five years, is reams and reams of data about America's farms. Here's six important takeaways. 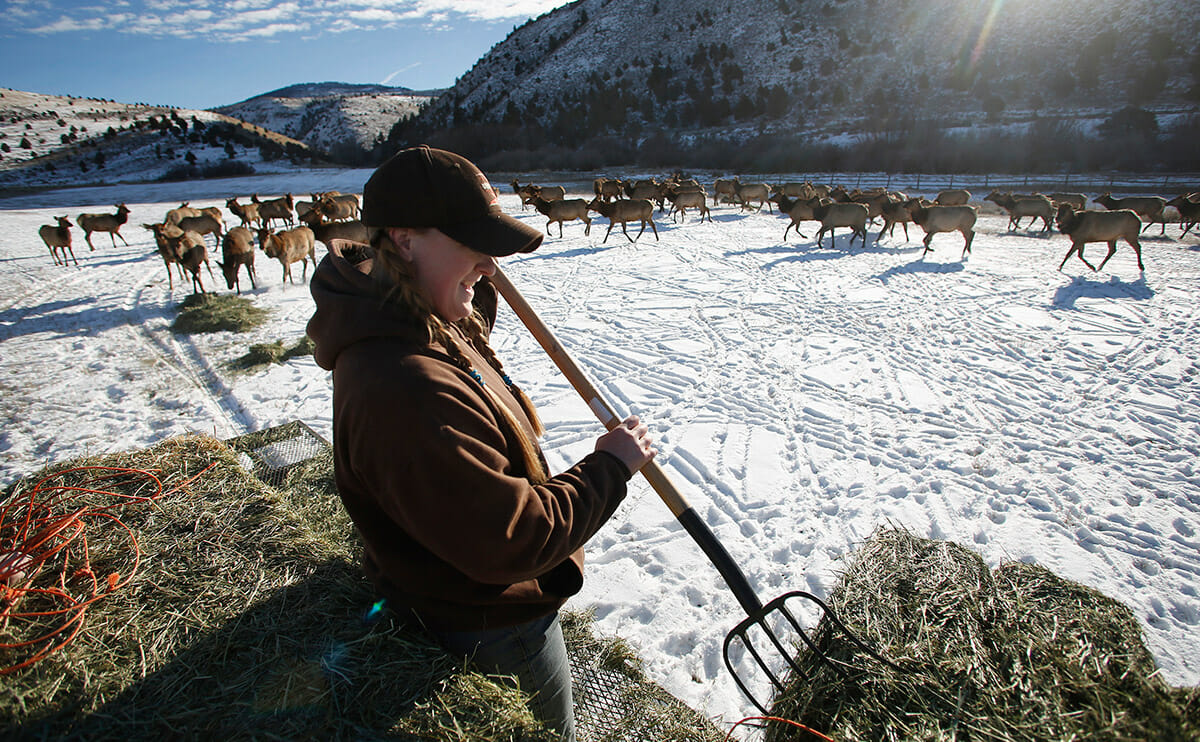 Initially taken in 1840, the Census of Agriculture now occurs in every year ending in a 2 or a 7. Processing all that data takes some time, though, meaning preliminary figures for the 2012 Census of Agriculture have just been released. Below are six important things to know about American farmers and agriculture in 2012, as revealed by the just-released census data.

(Note: The USDA defines a farm as any agricultural enterprise that produces and sells goods worth at least $1,000 in a year. Demographic data discussed below is taken from surveys of each farm’s “principal operator.”)

More than 92 percent of the country’s 2.1 million farmers are non-Hispanic whites, and more than 86 percent of those farm operators are men. The average age of farmers, which has been rising for decades, continued to inch up. In 2012, the average farmer was 58.3 years old, up from 57.1 years in 2007.

South Dakota has the most male-dominated farming community, with men comprising 92.7 percent of the state’s principal farm operators. In Arizona, the state where farmers are the closest to achieving gender parity, 60.8 percent of farmers are men.

Arizona also happens to be home to the country’s oldest farmers, with an average age of 61.0 years old. In Nebraska, which has the youngest farming population, the average farmer is a spry 55.7 years old.

2. But there are more minority farmers than ever before.

The total number of farmers in the United States fell by 95,000 since the 2007 Census of Agriculture. At the same time, the total number minority farmers grew ”“ nearly 97,000 of them checked a race box other than “white” on their census forms. That’s a 6.9 percent increase from 2007.

3. American farmers’ gross incomes have skyrocketed since the last census

One of the biggest agricultural stories over the past few years has been the booming commodity prices that have allowed farmers to gross more than ever before. The total value of all agricultural sales in 2012 was a whopping $394.6 billion, up from $297.2 billion in 2007. Farmers did particularly well selling crops ”“ total receipts were $212.4 billion, nearly 50 percent more than the $143.6 billion farmers earned by selling crops in 2007.

California is by far the largest agricultural state, accounting for $42.6 billion in total farm sales. Iowa ($30.8 billion) and Texas ($25.4 billion) round out the top three.

4. Most American farms are small, and more than half of farmers are part-timers

Although the supposed rise of “mega-farms” receives a lot of press, 75 percent of all American farms grossed less than $50,000 in 2012, and just 4 percent grossed more than $1 million.

Just over half (52 percent) of the 2.1 million farmers in 2012 reported that farming is their secondary occupation. More than three quarters of all farmers, though, have been at it for 10 or more years.

5. We have fewer farms and less farmland than we did before

Over that period, the average farm size increased slightly from 414 acres to 434 acres, while the median farm size held steady at just 80 acres.

[…] average American farmer, according to the most recent United States Department of Agriculture data, is white, male, and 58 years old. Just 8 percent of America’s 2.1 million farmers identify as […]

[…] average American farmer, according to the most recent United States Department of Agriculture data, is white, male, and 58 years old. Just 8 percent of America’s 2.1 million farmers identify as […]

Popular
7 Smokable Plants You Can Grow That Aren’t MarijuanaBrian Barth
Alaskan Salmon Face a Stream of New MinesBecki Robins
Why Don’t We Eat Turkey Eggs?Dan Nosowitz
Holey Cow: The Wonderful World of a Fistulated CowAnna O†™Brien
6 Differences Between Llamas and AlpacasAndrew Amelinckx
Explore Modern Farmer
Related
news
The Fertilizer Shortage Will Persist in 2023Shea Swenson
Animals, MTMF
Meet the Maine Teenager-Turned-Landscaper Thanks to Grazing GoatsBridget Shirvell
Animals, Food & Drink, Lifestyle
The Great (Sticker Shock) ThanksgivingLindsay Campbell
Labor, Politics
For Young Farmers, Land Access Will Make or Break the 2023 Farm...Emily Baron Cadloff
wpDiscuz
We use cookies on our website to give you the most relevant experience by remembering your preferences and repeat visits. By clicking “Accept”, you consent to the use of ALL the cookies.
Cookie settings ACCEPT
Privacy & Cookies Policy