Global Guide to Local: Where to Stay Around the World - Modern Farmer
Food & Drink, Lifestyle

Global Guide to Local: Where to Stay Around the World

From stays in Texas to Tanzania, these hotels make you feel like a local. 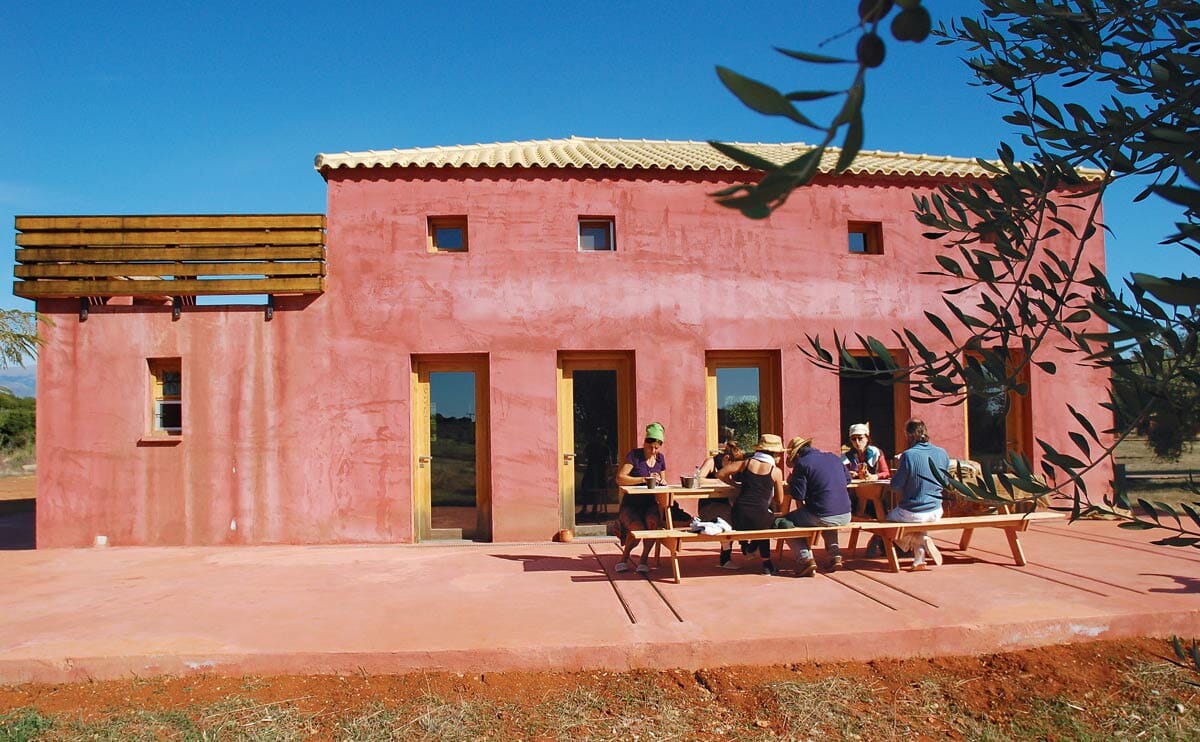 Staying in a hotel with ties to a farm no longer has to be the design equivalent of rustic (e.g., flowers in a Mason jar). Every place on our list offers amazing landscapes, delicious local food, has a farm on site or has strong connections to local farms and is in some way committed to ecological sustainability. You’ll want to go to all of them!

Near the village of Gouves, Greece

Eumelia Organic Agrotourism Farm & Guest House is an ancient olive grove owned by Frangiskos Karelas’s family since the late 19th century. Now he has evolved it into one of the country’s most forward-thinking, sustainable farms, producing olive oil, wine, almonds, wild roses and hawthorne. It also has several simple holiday homes available to rent, all heated or cooled by geothermal power, and there’s plenty to do, from mountain biking to yoga to diving into the sea, which is less than a 15-minute drive away.

Located in the heart of bustling Austin, Hotel Saint Cecelia’s lush landscape feels a million miles from the city. This wooded, stylish estate is designed to nurture your inner musician: Every room comes with a turntable and sound system. The legendary breakfasts are sourced from local organic farms.

Los Poblanosis 25 acres of rural idyll nestled in the midst of New Mexico. Established in 1934, the grounds contain a working farm and an arts center. Today, this 20-room hotel is replete with fragrant lavender fields. The hotel serves meals made almost entirely of goods harvested from the grounds as well as surrounding farms.

Gibb’s Farm began in the 1920s as a coffee farm. Today, 30 acres of arabica beans still grow in the fields surrounding converted guesthouses. Everything on the farm is grown or raised organically: fruits, vegetables, herbs, meat and dairy. Guests can participate in activities like touring the nearby Ngorongoro Conservation Area.

The views are vertiginous. But Taxhof, a farmstead perched on a mountain pasture above the Austrian village of Bruck, offers more than just a sweeping alpine tableau. Here, sisters Elisabeth and Katharina Unterberger serve guests fare made with ingredients either from their farm (on land that has been in the family since 1687) or from their neighbors’. On the menu are old family recipes, such as veal roasted with mountain hay that infuses the meat with herbal flavor that’s so delicious, guests will forget they’re nearly 1,020 meters above sealevel.

Paul Cunningham, a chef in Copenhagen, had it made: His Michelin-starred restaurant The Paul was one of the city’s it places. But two years ago he abandoned all the glory to be born again at Henne Kirkeby Kro, a thatched-roof inn and farm that Cunningham turned into an inn with a restaurant and his idea of heaven: herb and vegetable gardens and a state-of the-art kitchen in west Jutland.

In 2011, the 103-year-old Willows Inn on Lummi Island (an isle 75 miles north of Seattle) was redesigned. New accommodations, including the stunning waterfront Beach House, were added. But the real reason people visit is the menu. Chef Blaine Wetzel (formerly of Noma) has created a prix fixe menu that focuses on the fished, farmed and foraged. All food comes from no more than 30 miles away.

Click here to read more from our Global Guide to Local!