Farm Confessional: I’m a Family Farmer (But Some People Call Me a Factory Farmer)

With two turkey houses that collectively hold 36,000 turkeys at a time, some would say John Sponaugle runs a "factory farm.” Sponaugle would choose the term "family farm." It's complicated. 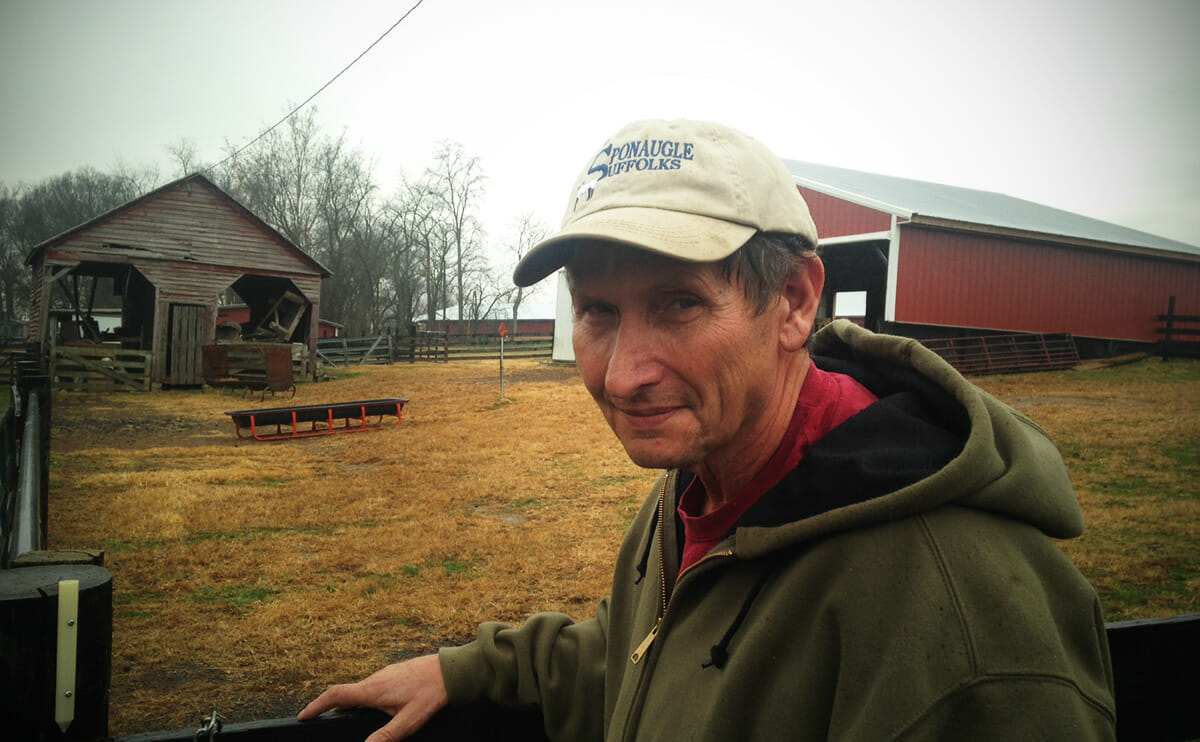 I’m sure there are folks who would feel that this is a factory farm, but I don’t think so. To me, having a factory farm means you’ll need to hire several people. It’s not just going to be a family running it, like we’ve pretty much done with our farm. I do have one man who works for me full-time, but he’s almost family. He’s been here for quite a few years.

My wife and I purchased this particular farm in 1979. Her grandparents lived right across the road from us, in that little white house right across the road, and when her grandmother died we bought part of that farm that was theirs. Her father lives about a quarter-mile north of us here, and maybe sometime we’ll have his farm. I help him farm. He’s 83 years old and still gets around probably better than I do.

We have been here continuously since 1979. It was a pretty big step for us to buy this farm. We decided if we were going to make that commitment that we’d get married here, so we got married in the front yard, right in front of the house. That was May 13, 1979.

We decided if we were going to make that commitment that we’d get married here, so we got married in the front yard, right in front of the house.

I grew up on a farm in Highland County. When I was very young, we had chickens. We grew some turkeys. We had cattle and sheep. I went to James Madison University ”“ Madison College at the time then ”“ and when I graduated from there, I started teaching high school math. I taught for 10-and-a-half years, I think, but I left because of all the garbage that came down from higher-ups in the education system. That was right about the time that standardized testing was beginning.

So I built my two turkey houses in the summer of 1983, when I was still teaching. I started turkeys in November. I taught school until Christmas, and then I left the educational system. My only income has been from the farm ever since. My wife was a librarian at an elementary school but she’s retired now. It hasn’t been easy, but I don’t know that there’s a better environment to raise a family in.

We have two daughters. Our oldest daughter went to graduate school in Arizona. She got married several years ago, but after her husband retired from the Air Force, they decided to come back. They’re staying with us presently, and I’ve given them some ground down by the river where they want to build a log house. They want to start this spring. She has a four-year-old son.

And our youngest daughter has a five-month-old son. She never did leave. She and her husband live on the other side of U.S. 340 in Grottoes, about five minutes away. They got married in the front yard here like we did, two or three years ago, on the same day in May.

So we have all the family here where they can farm. Both of my daughters have some interest in it. Hopefully, I can start backing out a little bit and let them do a bit more. I’ve had a few health problems over the years. I’ve had Parkinson’s for about 15 years now. And in 2009 I had a farm accident that really probably should have killed me but didn’t. So it’s sort of nice to think that they’re going to continue on. 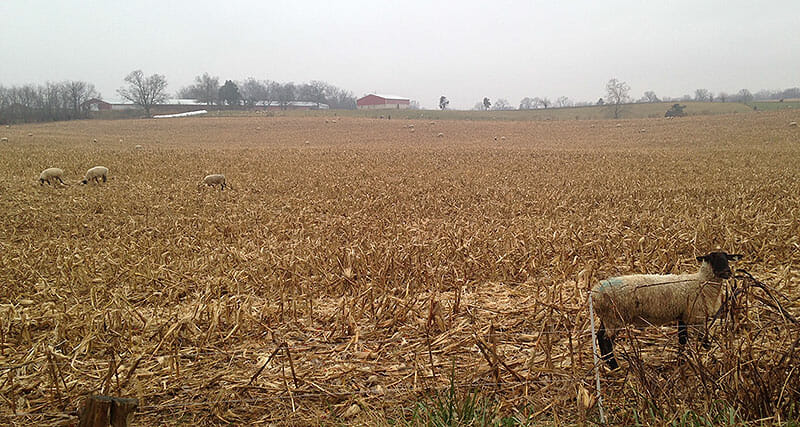 Sponaugle’s sheep on his farm in Virginia.

Our sheep and our turkeys complement each other pretty well. Those are the two things I do. We did have some cattle, but a few summers ago, it got really dry and I ran out of grass. That wasn’t too bad a deal because I could feed hay, but then the well they were using started getting muddy because they were taxing it too much. I ended up selling all of them.

To tell you the truth, I don’t know exactly how many sheep I have. Probably about 125 brood ewes, which is a reasonable size. We generally average about 1.8 lambs per ewe. We have purebred Suffolks, purebred Hampshires and purebred Dorsets. We’re a little different from most people because my sheep are mainly just for breeding stock. The offspring don’t go much for slaughter. We only sell maybe the bottom 25 to 40 percent each year for meat.

The big thing we’re doing now is selling lambs to youngsters to show at county fairs. We sell them mainly in the Shenandoah Valley, but all over the state somewhat, and some into Ohio and once in a while, Indiana. We also sell some breeding sheep.

Turkeys are a more steady income, generally. For sheep, in the top end of the business where I am, it depends just how good they are. We have a ram here that we paid $10,000 for, but his offspring are worth a fair amount more than average sheep. Basically this has to do with differences in lambs, little things that most people can’t even notice.

There’s probably not a normal day on the farm for me now. It depends a lot on my health. Sometimes I don’t even get out until 9 o’clock, but I can do that because of the guy who works for me. His typical day starts about 6 or 6:30 in the morning. He’ll go check the turkeys, and then do the chores with the sheep. After lunch, he goes back through the turkeys to check that everything’s fine and that the birds are OK.

When he finishes that, he’s back out doing whatever. This time of year, we’re cutting firewood because we heat a fair amount with wood. In the wintertime, we start feeding the sheep again around 4 o’clock in the afternoon. Chores right now aren’t too terribly much. This is one of the times of year where the sheep require the least attention. But we’re also working our tails off now cleaning out the barn in preparation when the lambs start coming.

I wouldn’t trade this life for anything. More than anything else, my daughters grew up learning some responsibility. I give my wife a lot of credit for that. When my daughters sold lambs at the fair, my wife always gave them their money. Most parents say they put it away for college, but we gave ’em their check. Then they had to pay for their own clothes and everything during the year. One daughter was always real tight and didn’t have any problems, but the other one kept running out of money. They really learned responsibility. They knew my wife wasn’t going to give them any extra. When they ran out, they ran out until they sold another lamb or whatever.

With the turkeys, things are a lot different from what it was 50, 75 years ago. You’ve got to have an operation this size to survive.

Nowadays things are different from what they used to be. Unless you have a pretty good-sized operation, you can’t generate enough income to buy the real estate and build the buildings you need to farm and make a living. You can’t do it. That’s really the reason why I’ve done what I’ve done with the sheep. I’ve spent a lot of money on my sheep, because to survive, you have to have value-added products. And with the turkeys, things are a lot different from what it was 50, 75 years ago. You’ve got to have an operation this size to survive.

Sometimes folks come out here and build a house right next to a turkey house or whatever and start complaining because it smells. But they still want to eat. Somewhere along the line, people have to tolerate a little bit of something. If they want food as cheaply as we give it to them, then they’re going to have to learn to accept and tolerate a few things.

This isn’t only my business. I’ve made it my life. It’s everything. Anybody who knows anything about sheep in the state of Virginia will know my name. My work and my hobbies were tied around my sheep.