The Biggest Little Farm Is Back With a New Special

John and Molly Chester brought regenerative farming to a new audience with their documentary in 2018. Now, the family returns in a new special—with a cookbook slated for later this year. 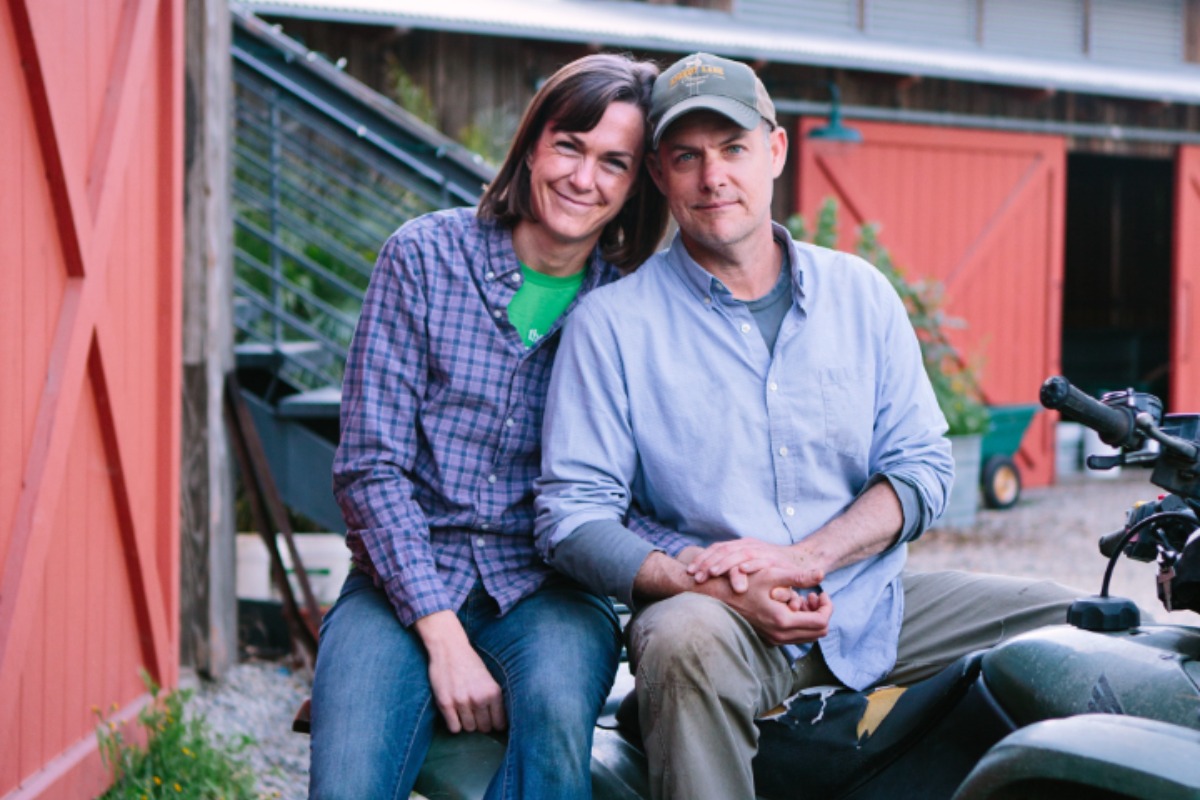 When we last saw Molly and John Chester, they were elbow deep in dirt. The couple was trying to figure out how to revitalize their 214-acre farm, which had grown fallow from years of extractive farming. The soil was dry, clumping together in hard clods, and as John and Molly dug further, things didn’t look great.

It was a tough position for the Chesters. In 2011, the couple were evicted from their Los Angeles apartment, and instead of finding a new place in the city, they moved an hour north to Moorpark, in Ventura County, putting their money into the farm. Over the next several years, Molly and John transformed the land and soil around them. From that first hard clod of dirt to a sprawling acreage, the Chesters turned their land into Apricot Lane Farms.

John, a film and television director, documented everything, and after years of collecting footage, pulled it all together into an award-winning documentary called The Biggest Little Farm, which premiered in 2018. Now, they’re back with a new special, The Biggest Little Farm: The Return, streaming on Disney+. “We’ve never stopped filming,” John says. 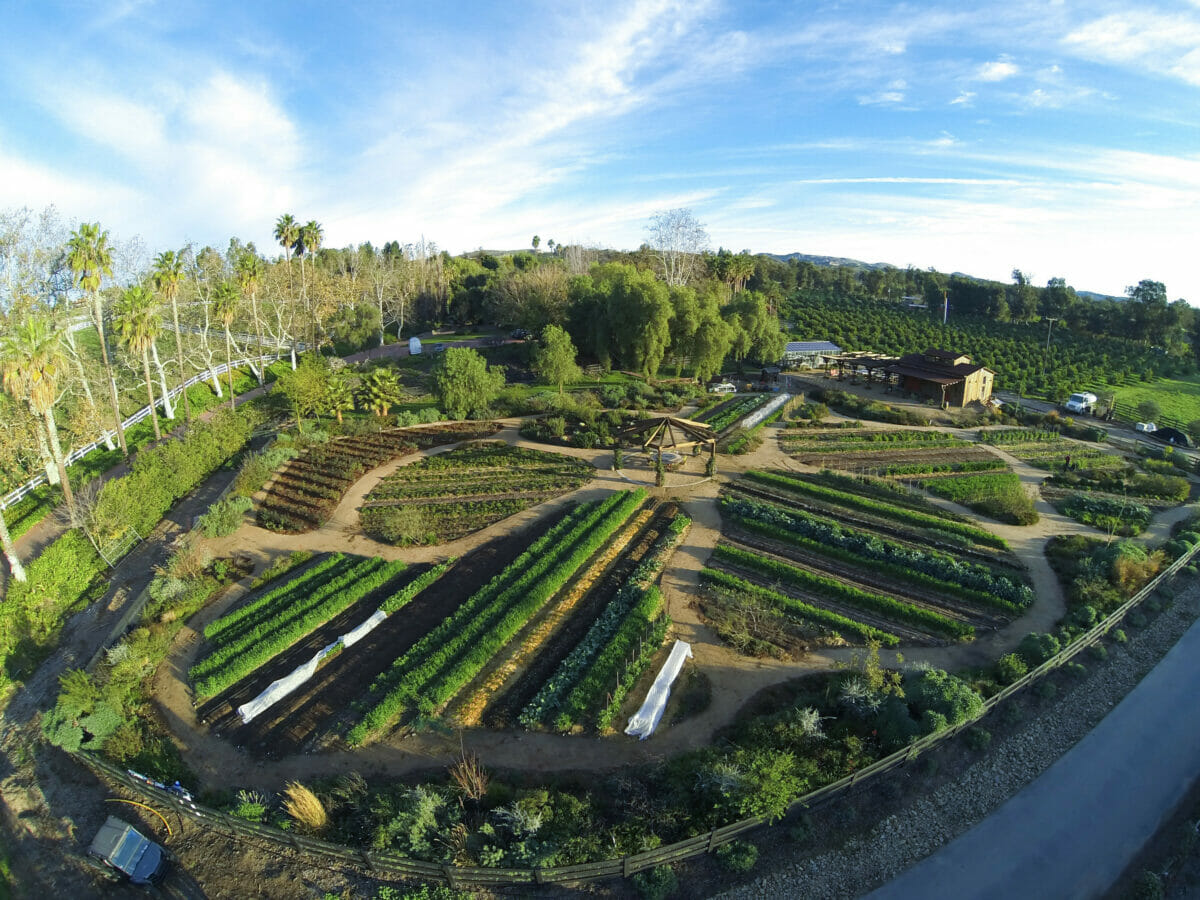 The market garden at Apricot Lane Farms contains over 100 fruit and vegetable varieties, as well as native plant habitats. The garden is also a certified wildlife habitat.

After the release and success of the initial documentary, the farm quickly became a tourist destination. Travelers flocked to Apricot Lane to learn about regenerative farming, and they also wanted updates on the family and the animals they had come to know through the documentary. The Chesters were happy to oblige. As more visitors made their way to the farm, they realized there was still a lot to share about farming. “People don’t have a deep understanding around the possibilities that exist within this life, when you’re looking at ecosystem farming,” John says. So, they put together a follow-up special, with an upcoming TV series also in the works.

The Return picks up where the original documentary left off. Viewers get to see how the farm has changed and adapted over the years as the Chesters put more regenerative farming techniques into practice. Initially, their approach to farming was additive; coming up with a solution to a problem by figuring out what was lacking. Snails attacking the garden? Time to release a flock of ducks into the grasses. That takes care of the snail problem and adds in some much-needed fertilizer to the soil. The “what can we add?” approach served their purposes well, but it was also necessary at the time.

“There’s nothing to take away at that stage, because there was nothing there,” Molly explains. “At the beginning, you just look at the soil. You have got to keep putting in nutrients.”

The couple aimed to rebuild the soil diversity, working from the top down. They brought in all sorts of animals, from ducks to pigs to sheep. They planted 75 different varieties of fruit trees in a sprawling circular pattern they’ve named “the fruit basket.” They restored native plants to their pond, which is now a certified wildlife habitat. Now, as we check back in with the Chesters in this new special, we can see the results of their efforts and find out how and where they’ve learned to pare down. 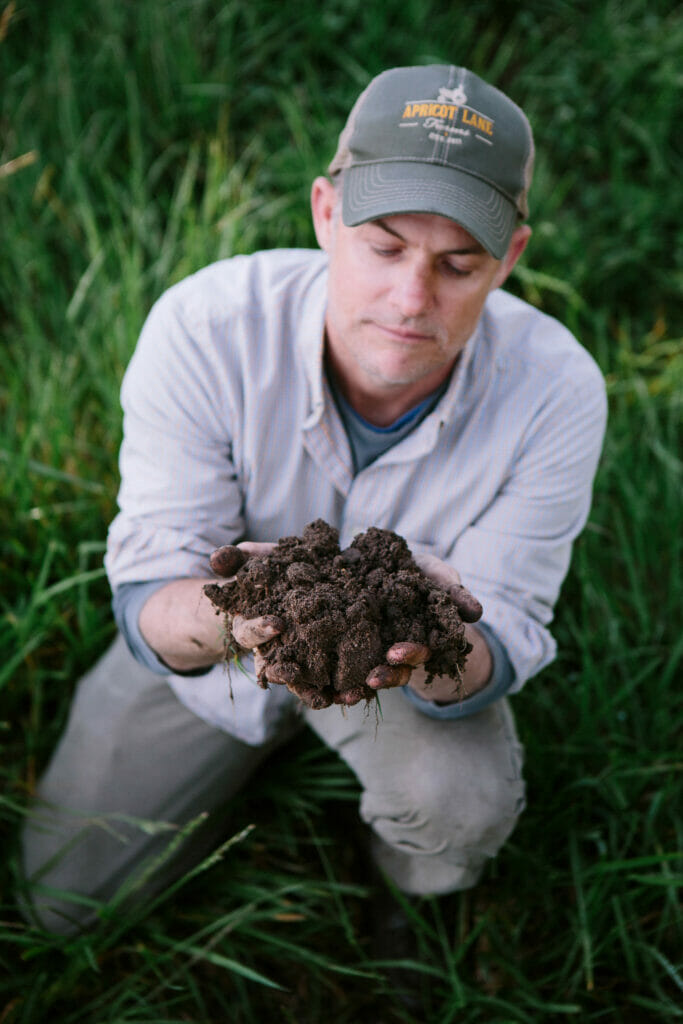 John Chester, farmer and co-founder of Apricot Lane Farms, says a central focus at the farm over the last decade has been to regenerate the soil.

In the short time since the original documentary premiered, water conservation has become even more important for farms, especially in California. As such, their approach to water management is something the Chesters are actively reworking. “Our goal has always been holding as much water as possible,” John says. “We’ve planted a lot of things that need way more water than we should be using. Carob and pomegranates, things like that.”

In the film, we see Molly and John deal with the panic of evacuating their farm when a wildfire threatens the area. That’s an ongoing threat, along with heat waves and droughts that plague the West Coast. John likens it to a puzzle; trying to figure out how to keep more water in the ground while also planting things that use less water over time. Their efforts have seemingly paid off. Apricot Lane Farms has, so far, proven to be resilient in the extreme weather that California regularly faces. Now, John hopes other farms will focus on similar efforts. 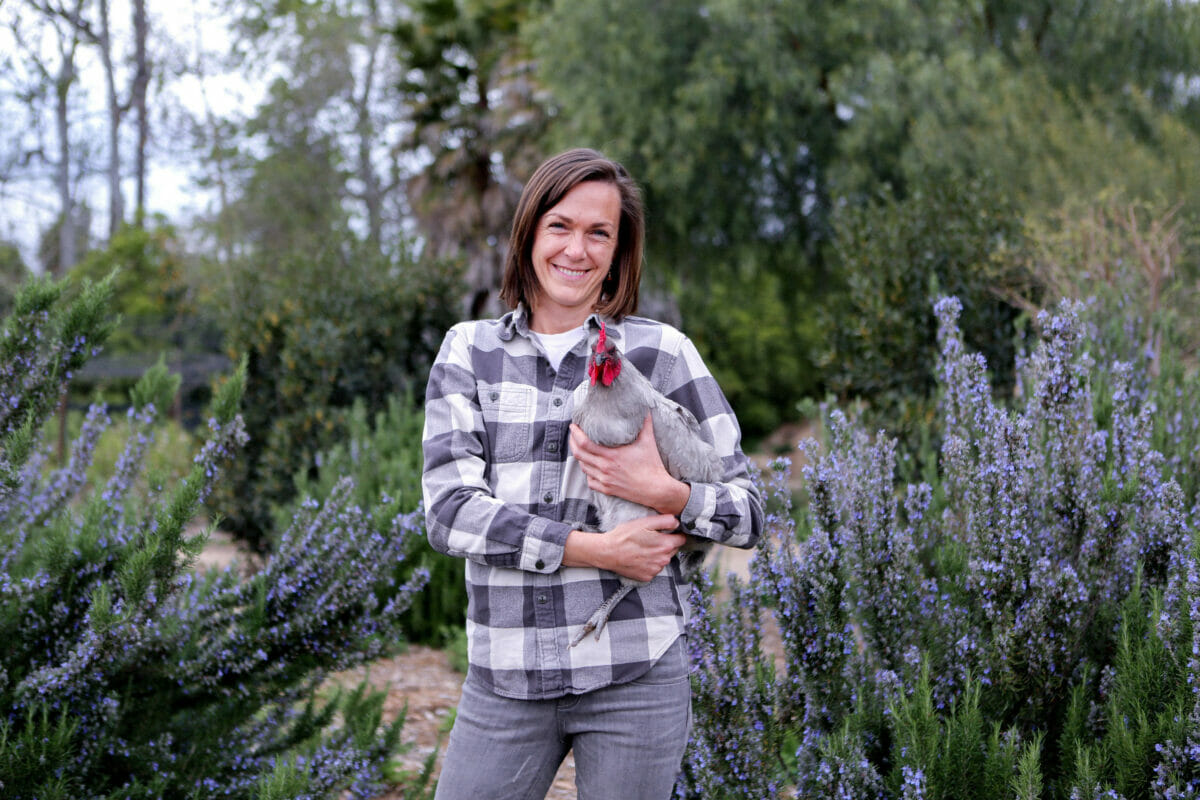 Molly Chester co-founded Apricot Lane Farms with her husband John with the intention of rebuilding a healthy farm ecosystem on a neglected lemon farm in Southern California.

While John is mainly focused on the farming side, Molly, a chef, has spent their years on the farm developing recipes to share with others. Her upcoming Apricot Lane Farms Cookbook will be released in October and looks at food from the unique perspective of a farmer. It’s the kind of relationship that Molly and John have nurtured from the first frame of their documentary film. The couple has always looked at how each input on a farm—including the humans—intersects with every other input. “We tapped into a time when the audience needed to [learn] how to view the interconnected natural world that surrounds them. That there is a purpose to every part of what’s happening,” John says.

Now, thinking about the impact of their farm and their cultural offerings, the couple can see how more people are embracing a farming lifestyle. When they go to their local farmers’ market, “people tell us about having taken over their aunt’s farm or moved out into the country or started growing tomatoes on their porch,” Molly says. “We’ve definitely felt this [sense of] ‘welcome back.’”

Popular
Why Don’t We Eat Turkey Eggs?Dan Nosowitz
7 Smokable Plants You Can Grow That Aren’t MarijuanaBrian Barth
What’s the Story, Wishbone?Rebecca Katzman
6 Differences Between Llamas and AlpacasAndrew Amelinckx
Goat Sex: Everything You Wanted to Know But Were Afraid to AskAndrew Amelinckx
Explore Modern Farmer
Related
Animals, MTMF
Meet the Maine Teenager-Turned-Landscaper Thanks to Grazing GoatsBridget Shirvell
Animals, Food & Drink, Lifestyle
The Great (Sticker Shock) ThanksgivingLindsay Campbell
Labor, Politics
For Young Farmers, Land Access Will Make or Break the 2023 Farm...Emily Baron Cadloff
Lifestyle
This Kansas Farm Gives Veterans A New Path To Civilian LifeLindsay Campbell
wpDiscuz
We use cookies on our website to give you the most relevant experience by remembering your preferences and repeat visits. By clicking “Accept”, you consent to the use of ALL the cookies.
Cookie settings ACCEPT
Privacy & Cookies Policy