The annual Feeding the Economy report highlights the vital role of the industry. 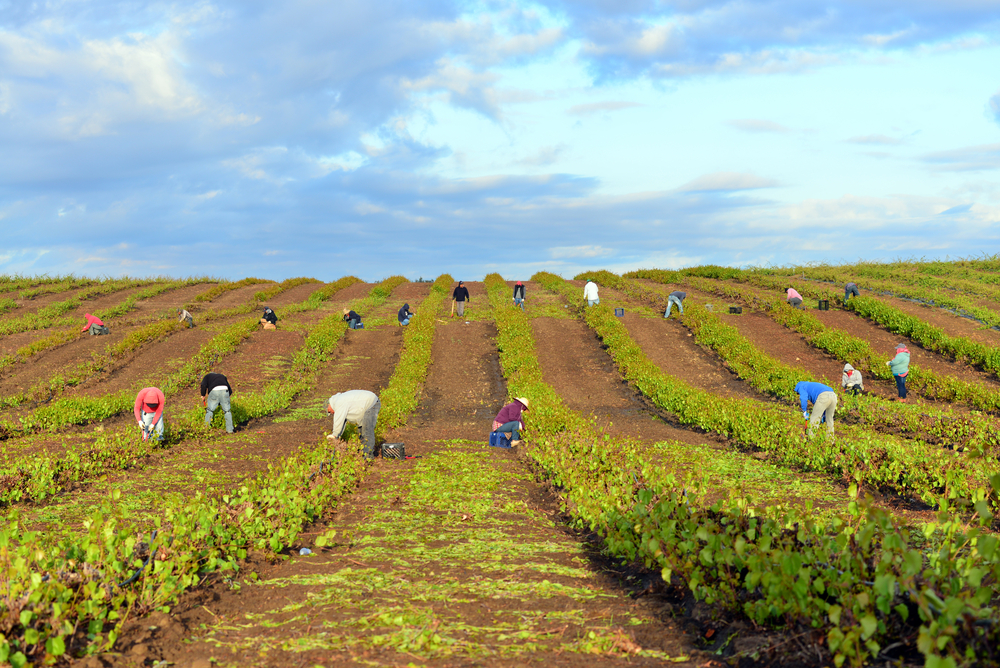 In recognition of National Agriculture Day, the sixth annual Feeding the Economy report was released today. The survey comes from 30 different food and agriculture organizations and looks at how the sectors influence and impact the American economy.

There are more than two million American farms and ranches. Nearly 30 percent of all jobs across the US are tied to food and agriculture, with half of those people working directly in the sector and the other half indirectly linked through manufacturing, shipping or retail. That’s more than 43 million jobs across the country, adding up to $2.3 trillion in annual wages.

Many of the study’s sponsors—which include the American Beverage Association, the American Farm Bureau Federation, the Fertilizer Institute and the US Dairy Export Council—noted that quantifying these numbers was crucial, especially as we look at exports coming from the United States in the face of supply chain crunches. “As they work to promote their states’ agricultural products for export around the globe, state commissioners, secretaries and directors of agriculture recognize that a thriving U.S. agricultural industry not only feeds our economy, but also nourishes the world,” said Ted McKinney, CEO of the National Association of State Departments of Agriculture (NASDA), in a release.

The report looks at national numbers, but it also breaks them down state by state and even by congressional district. For instance, exports from New York totalled $2.5 billion last year, and more than 2.6 million people work in food and ag in Florida.

[RELATED: The Cost of COVID]

Two years into the pandemic, the survey shows that some areas of the industry are returning to pre-COVID numbers. There are about three million more jobs than at this time last year, with wages also climbing by 12 percent. Of course, there are also losses. Some estimates place the number of COVID-related deaths of agricultural workers at around 15,000 from March 2020 to March 2021. Nearly every community and corner of the industry experienced loss.

For the industry sponsors, this report isn’t just a measure of how they’ve done but a look to the future. The study is “an outstanding reference when connecting with both policymakers and consumers, who rely on a steady supply chain but aren’t always familiar with food and ag’s economic significance,” said Brad Doyle, president of the American Soybean Association.

Popular
Is Agroforestry the Key to Hardier Row Crops?Shea Swenson
7 Smokable Plants You Can Grow That Aren’t MarijuanaBrian Barth
Goat Sex: Everything You Wanted to Know But Were Afraid to AskAndrew Amelinckx
Why Don’t We Eat Turkey Eggs?Dan Nosowitz
6 Differences Between Llamas and AlpacasAndrew Amelinckx
Explore Modern Farmer
Related
Environment, Food Waste, Labor, Meat
Is There Such Thing as Good Meat?Emily Baron Cadloff
Animals, Environment, Technology
Alaskan Salmon Face a Stream of New MinesBecki Robins
Labor, Politics
For Young Farmers, Land Access Will Make or Break the 2023 Farm...Emily Baron Cadloff
States Mull Limits on Foreign Ownership of FarmlandJohnathan Hettinger
wpDiscuz
We use cookies on our website to give you the most relevant experience by remembering your preferences and repeat visits. By clicking “Accept”, you consent to the use of ALL the cookies.
Cookie settings ACCEPT
Privacy & Cookies Policy