We asked, and you answered. Here’s how farmers really feel about setting their clocks one hour forward each spring. 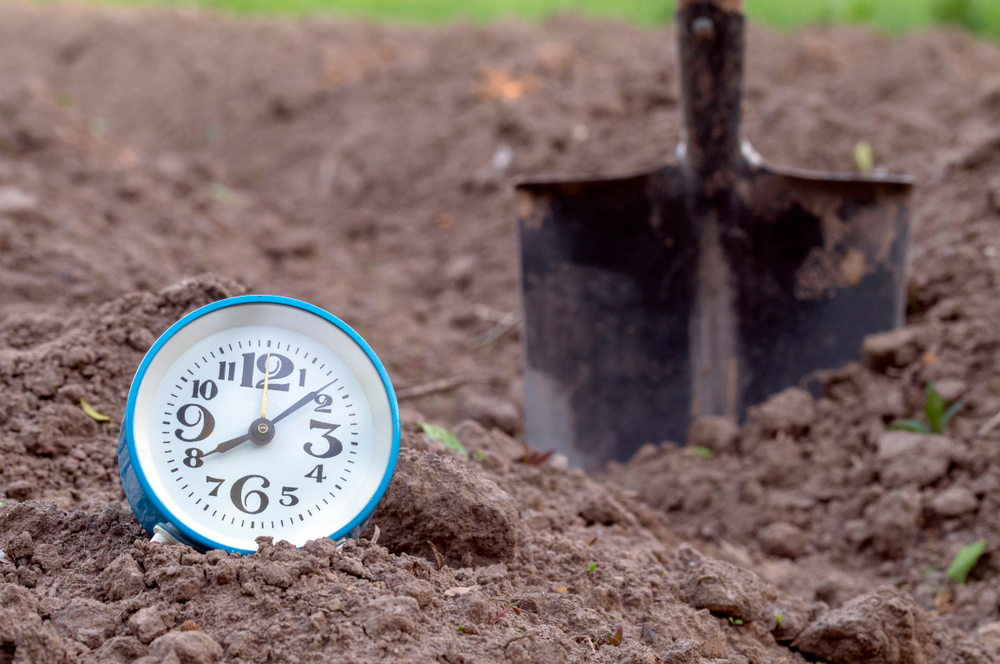 Have you heard the one about Daylight Saving Time (DST) and farmers? As the story goes, farmers and agriculture groups lobbied for DST in order to have more light at the end of their day to complete their work. One Texas state rep even credited farmers with introducing DST, when he promoted a bill that would abolish the practice a few years ago.

In reality, that couldn’t be further from the truth.

Daylight Saving Time was first introduced in America in 1918 as a way to conserve electricity during the First World War. At the time, farmers lobbied hard against the practice, as their day is dictated by the sun, rather than the clock. Agricultural groups led a 1919 fight to repeal DST, but they were overruled by Congress.

Now, a century later, the time-shift still takes place across most of the US, with the exception of Hawaii and most of Arizona. In recent years, a dozen states have introduced legislation to get rid of DST, including Ohio, Utah, Washington, Florida and South Carolina.

Public perception of Daylight Saving Time has continued to wane over the years, with more people pushing to get rid of the disruptive time change ritual. Yet, through all of this, the myth of farmers being intrinsically linked to DST persists. So we asked you, real farmers, how you felt about Daylight Saving Time. Is it helpful? Is it disruptive? You answered our call, and the results are in: DST is “a pain in the loin chop,” to quote just one of the many emails we received. Here are the top three reasons DST hurts agricultural work, according to real farmers.

It Confuses the Animals

Humans might have alarm clocks to adjust, but animals don’t. There’s anecdotal evidence that the shift is disruptive to animals such as dairy cows, who don’t tolerate changes to their schedules. One livestock farmer in Utah wrote to tell us that DST is “nothing but a royal pain. My chickens and cows only know when the sun comes up and goes down. Having to adjust our work schedules twice yearly does nothing for us.”

One goat farmer in North Carolina told us that his goats are upset over the time change. “I milk in the morning, in the dark, in the spring and fall in order to have time to do all the other things I have to do during daylight hours.” In order to help his herd deal with the time shift, he moves their feeding and milking schedule incrementally. A change of a few minutes per day over the course of a week is a lot less noticeable than a full hour jump all at once.

We Actually Need More Light in the Morning

With the shift forward in the spring, we get more light later in the day, but many of our readers say they’d prefer that light earlier in the morning. For people in warmer climates, having more light earlier in the day could help to get through the chores before the temperature rises too much. One farmer in Florida commented that it’s “wiser to do work in the morning than it is late in the afternoon.”

[RELATED: What Do Farmers Do During The Winter?]

For one reader, extra light in the morning would have made a big difference. For many years, he ran a vineyard on top of holding down a 9-to-5 day job. That meant farm chores had to be done before and after work, including a full spray of the vineyard every two weeks. It took hours to apply the spray and the temperature conditions had to be perfect—no wind or rain. The only good time to spray was early in the morning. “Even with protective gear, I needed to shower after spraying. So I needed to be off the tractor no later than 7 am to get to work on time.” Some extra light would have been a big help.

So many of our readers echoed this sentiment: Just pick a time and stick with it already! Responses covered the chaos of changes to schedules, losing sleep and difficulty with getting children to go to sleep when it’s still light outside.

One rancher in California put it like this: “The cost of changing twice a year, in terms of resetting every appliance, car and communication system you own, and all the people that will show up early or late for work, appointments and meetings…it’s enormous.” His solution? The ranch he runs is off-grid, so he works by the sun. Clocks be damned.

Another reader told us about the time she worked in Indiana, before the state enacted DST. “It was a relief to never have to change clocks, reset alarms, deal with sleep problems or hear about DST on the news.” Now, she lives in New Mexico and “would do a dance of joy” if the state banished DST for good.

There Are Some Benefits

Of course, there were a few people who truly love Daylight Saving Time. One reader told us that it was the “best thing created since sliced bread,” at least in her home state of Missouri. Another respondent from North Carolina told us that DST is helpful when you live along mountain ranges, where “light is precious. We have short days, and getting extra time to do things later in the day allows my daughter to contribute in a meaningful way. It also keeps the roosters crowing a bit later, which makes the neighbors happy.”

Some readers mentioned enjoying the extra light at the end of their day to tend to the garden or spend more time outside. One respondent in Oregon mentioned that since the barn is lit up, barn chores can be done any time, but it’s helpful to have extra light for after-school activities or hobbies.

With all of those reasons, it does make sense that many states are looking to get rid of DST. So what is holding them back? Well, if the measures were introduced to save energy, the time shift could generate savings for governments. However, it’s debatable if DST is even an energy saver anymore. One study found that, after Indiana introduced DST, there was an increase in electricity use, resulting in an added cost of $9 million.

Whether states keep Daylight Saving Time or decide to get rid of it, it’s clear that it will make little difference to farmers. As one reader told us: “We’re up with the sun and down with it, no matter what the clock says.”

I thought it was DST that I hate. It’s actually mostly the changing that I hate! I prefer the later, longer evenings, more daylight at the end of the day, so I guess I prefer DST and it’s standard time I don’t like. Winter evenings are already so short or dark early. We should just stay on DST.

I’ve mentioned this in several forums but having more daylight at the end of the day seriously helps people dealing with depression! It’s not dark too early and motivates people to go for walks in the evening, gardening ect

I like DST, wish we could be on it all year round. Takes but little time to change clocks/batteries. Particularly enjoy the late sunsets.

I lived with DST most of my life. Now, I live in Tucson, AZ. We don’t have it here and it is a much easier way to live. Especially for the animals.

My father grew up on a farm, and he was always against the idea of the time change. He said it didn’t matter if it was six in the morning, no matter what the clock said. Sunrise is sunrise, regardless. People have gotten along for time-out-of-mind without this so-called daylight savings and I agree with the majority that it makes no sense. I have to say, I prefer the standard hours, and there is no hassle for me, retired that I am. It’s just foolish to keep doing something that doesn’t matter. The clock doesn’t dictate our actions, the rising… Read more »

DST is great for older people and those with eye problems. For many older people, more daylight gives us a fuller life! Our life diminishes when the dark comes early!

I completely agree! My animals are definitely disrupted by DST. And when I lived in a warm climate, I far preferred to be outdoors in the cool mornings. I like the longer afternoons better now that I’m up north, but I’d like it much better if we just picked one time and stuck to it. Not only that, but the U.S. Dept. of Labor shows an increase in job-related injuries after the March time change. The time change is also associated with more car crashes and heart attacks.

It’s way past TIME (no pun intended) to stop this insanity called Daylight Saving/Savings Time.What kind of SAVINGS are they talking about?.I’ve seen both Saving and Savings used.

This whole Spring Forward – Fall Back time change 2X a year is a complete waste of time. I live in New York and I don’t even bother to fall back in the winter. I just leave my clock on Eastern Daylight Time year round because its daylight time for 8 months of the year. Congress needs to just end this clock nonsense already. I kept my clock on daylight time since 2008 once daylight time expanded to 8 months from 7 months. For work in the winter I get to work at 9am EDT which is 8am EST and… Read more »

Really I don’t care which, since I have farmers in my family I think they should decide but, either way I wish someone would pick one and we’d keep it.