5 Great Shows About Farming and Ranching

The best dramas, docuseries and reality TV shows to watch this winter. 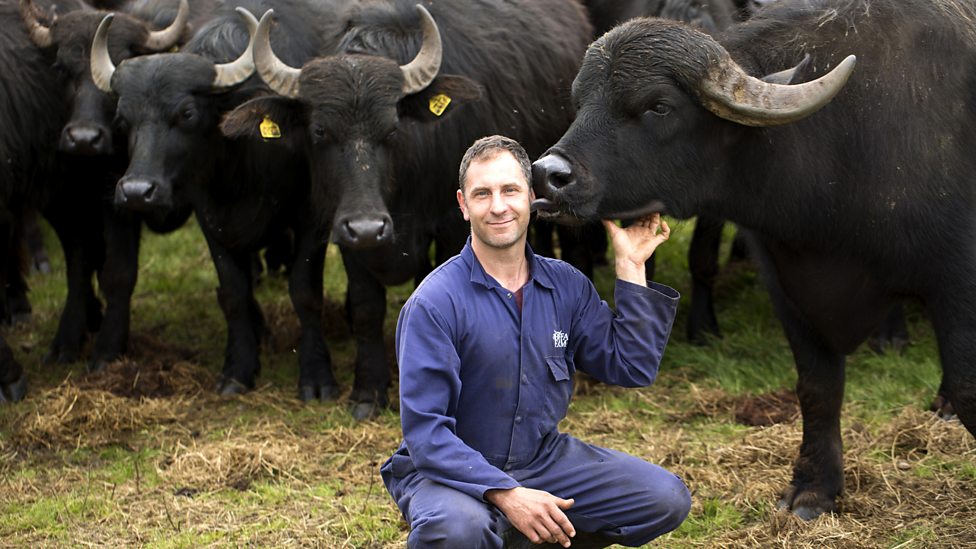 From This Farming Life, Stockman Eddie getting a lick from Heineken the bull on a buffalo farm.
Photography courtesy of BBC.
Share
Tweet
Pin
Email

While the work never truly stops on a farm, it at least lightens up during the winter. And what better way to spend your extra downtime than sinking into the couch to watch how other people get on (or don’t!) on their farms?

From scripted dramas to reality competitions, farms and ranches make perfect settings for gripping television. There’s tension and comedy and action built right in. And, sometimes, there’s maybe even a little romance. So take a load off, get comfortable and find your next favorite show.

Let’s start with this behemoth, shall we? Heartland is a Canadian drama that’s based on a series of novels. If you’re looking for a show to sink into, this is the one. Currently on its 15th season (with more than 20 novels, too), there are no shortage of episodes to watch.

The show follows Amy on her family ranch in Alberta. She, along with her older sister and grandfather, work the ranch and rehabilitate horses—something at which Amy’s late mother was excellent. Over the years, the family deals with deaths, births (both human and horse), marriages and failed relationships, new businesses and everything in between. If you want a family drama with a side of cowboy hat, you’ve come to the right place.

This comedy had only two seasons, but they are worth checking out. The show is packed with comedians (Dax Shepard, Lake Bell and Ed Begley Jr., to name a few) and they hit genuine laughs with its fish-out-of-water premise.

Mike and Rio leave their high-pressured jobs in New York and move to rural Nebraska after inheriting an old family farm. But their adjustment doesn’t go quite as smoothly as they might have hoped. The farmhouse is in need of major repairs, and neither of them have ever actually farmed before. How hard can it be, right? While the premise is well-worn territory, the cast totally sells the show and makes it something light and fresh.

Oh, to be a farmer in Great Britain. This documentary series follows different sets of farming families across the rolling hills and picturesque cliff sides of Scotland and northern England, and it’s as gorgeous as you can imagine.

Of course, this show offers more than just a great view. These farming families have real-life struggles, from trying to round up sheep roaming on a rugged cliff to trying to keep their businesses afloat during the COVID-19 pandemic. Through it all, the subjects (mostly) maintain a pleasant attitude and offer good humor. It’s the best of farming life, without any of the work.

Another reality show, The American Farm is a slightly darker, more honest look at what life as a farmer is truly like. That’s not to say it’s not hopeful or enjoyable, but it doesn’t shy away from tough subjects.

Farming families across the country are shown racing to plant crops, take care of their animals and make each moment of their harvest count. The show celebrates real people putting in hard work every day. It’s also beautifully filmed, with overhead shots of amber fields and adorable baby animals. These farmers are just like you—except on television.

OK, so not every show on this list is going to be uber-realistic. We’re all allowed our escapism, right? That brings us to Yellowstone, whose fourth season just started.

This drama (and often, melodrama) follows the Dutton family, headed up by John (Kevin Costner) who runs the family’s huge ranch. John and his children are constantly coming up against obstacles and threats to their ranch, notably from the neighboring Native American reservation, government officials and even the national parks. While it’s doubtful that any real ranches run in this manner (when would you have time to take care of the animals with all the scheming and monologuing?), a bit of farming fluff can be just what you need sometimes.

Take a look at “Clarkson’s Farm.” I was pleasantly surprised by its portrayal of a small farm in the UK.