How Australia is Demystifying the Secretive World of Truffles

The country is the world’s fourth largest producer of French black truffles. 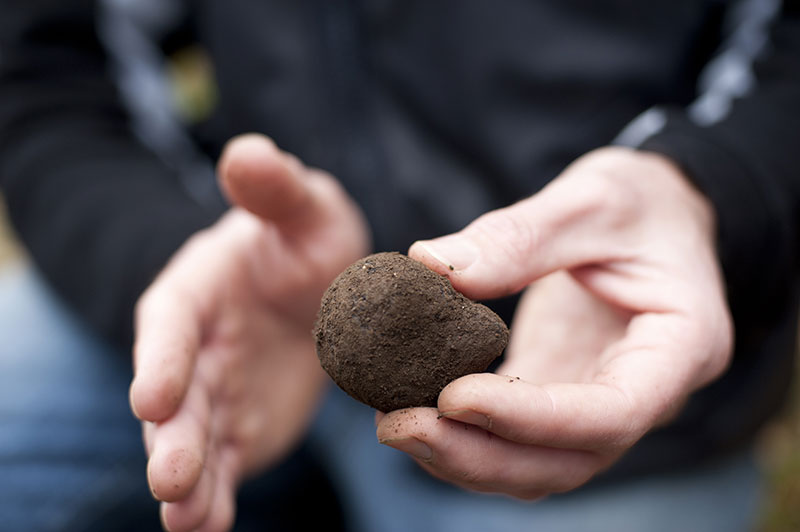 Taz, the fox-red Labrador, darts excitedly between rows of French and English oak at The Truffle Farm in Canberra, Australia’s capital, his quivering nose leading the way. His paws crunch on fallen autumn leaves, as he uses wind currents and a sense of smell 1,000 times more acute than ours to locate the bounty hidden amid the tree roots underground.

Taz stops abruptly, scratches the dirt and sniffs. Owner Jayson Mesman encourages him to be more precise: “Show me.” The dog drops to his haunches, burrows his nose into a patch of dirt, sneezes. “Good boy!” Mesman says, using a small trowel to gently prise the black winter truffle (Tuber melanosporum) out of the ground. It’s the first of 200 to 400 kilograms of truffles Mesman expects to harvest on his 7,000-tree farm located a 15-minute drive from Canberra Airport.

Truffles are big business in Australia, despite the first nugget of locally grown black gold being unearthed on the island state of Tasmania as recently as 1999. Since then, truffles have grown to become a $30-million-to-$40-million-a-year industry, according to AgriFutures Australia. The country is now the world’s fourth largest producer of French black truffles, after Spain, France and Italy, says Noel Fitzpatrick, president of the Australian Truffle Growers Association (ATGA). Australia also leads southern hemisphere production, ahead of Chile and South Africa. It is thus perfectly positioned to capitalize on a ready-made gap in the market, given that southern-hemisphere truffles come online during the northern hemisphere’s off-season.

Anna Terry of Tasmanian Truffles says she’s been eating truffles since she was three years old. Her father, Tim Terry, is often credited with harvesting that first Australian truffle, although an alternative account suggests it was actually agronomist Duncan Garvey, on Terry’s Deloraine farm, who had the honor. In any event, Terry recalls her father “set(ting) out on a pretty wild experiment to try and inoculate trees with truffle spores, which a lot of people said couldn’t be done.” Ignoring the naysayers, he pointed to latitudinal similarities between Provence and Deloraine. “He decided to put all his eggs in one basket and, lo and behold, it worked,” she adds.

The subsequent stampede into the industry came about largely because of the proliferation of managed investment schemes for agricultural products, including grapes, olives, avocados and truffles. These attracted favourable tax treatment, convincing lots of “Collins Street cockies”—defined as well-heeled professionals and “investors wanting to be farmers without getting their hands dirty”—to enter the industry, write Ian R. Hall and Wayne Haslam in Edible Ectomycorrhizal Mushrooms. Investors sank an estimated $8 billion into these schemes, before they began collapsing in 2007 under the weight of unrealistic expectations and broken promises. 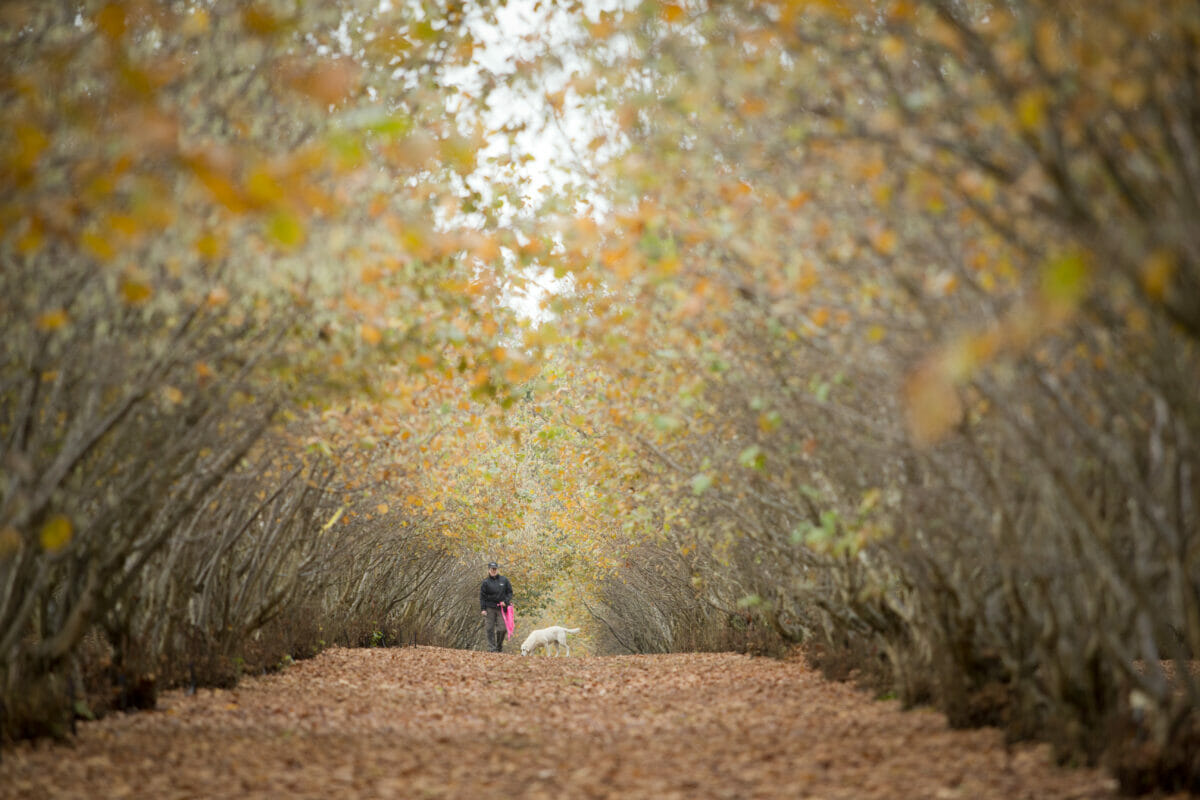 Many were lured by the prospect of earning high prices for this prestigious product, says Marco Marinelli, who sells truffles through Mushroom Man, his Adelaide Central Market and online shop. “People were sold this idea that they were going to get three grand a kilo for their truffles, which obviously made it worth waiting 10 years to start to see returns,” he says. But for many, it turned out to be a pipe dream. Marinelli points out that while some large producers are doing well, smaller growers can struggle to find a market because they are less reliable in terms of volume. Even ATGA notes that not all 160 commercial growers are currently producing, due to truffles’ temperamental growing needs.

The Shire of Manjimup, about four hours’ drive south of Perth, in Western Australia, produces around 90 percent of the country’s annual 10-tonne export haul, says Gavin Booth. With his wife Mel, Booth owns Australian Truffle Traders, a family truffle farm that also represents many smaller local growers. He also founded Truffle Kerfuffle, an annual weekend-long celebration of truffles, which thrive in Manjimup’s Mediterranean-like climate. “When the fungus decides it likes a place, it really rewards it, and maybe Manjimup is one of those places,” Booth says.

Buoying producers is the gusto with which Australians greet truffles, particularly now, when a ban on international travel means gourmet getaways must be had at home. Until a recent resurgence of COVID-19 closed state borders, Mesman’s truffle hunts, followed by a six-course degustation menu, were fully booked. Chef Craig Will of Launceston’s Stillwater Restaurant conjures new truffle-themed menus each winter due to demand. He says Australians have embraced truffles “because [they’re] relatively new and the season’s short, so it makes them kind of exclusive.”

In contrast to the free-wheeling early days, the truffle industry has matured, with sounder land management practices, clearer standards in terms of tree and truffle quality and more information for potential growers. Trufficulture’s Colin Carter, vice president of ATGA, says the body has introduced a tree-quality program in which batches of trees are independently evaluated against a given set of criteria. Advice on soil testing and growing requirements, including the ideal planting density for certain climates, has also improved. “Resources such as grower seminars have been developed to assist potential new and existing people in the industry to learn about growing truffles,” he says.

The next challenge for Mesman and other Australian truffle producers involves growing the elusive white truffle (Tuber magnatum pico). The relentless search is on for this rare variety, which is native to Alba, Italy. “No one in the world has been lucky enough to cultivate those yet,” Mesman says. “So that’s a big race [because] the white truffle is worth about $10,000 a kilogram.”