New research from Ireland could extend the concept of “terroir” beyond the vineyard to the barley field. 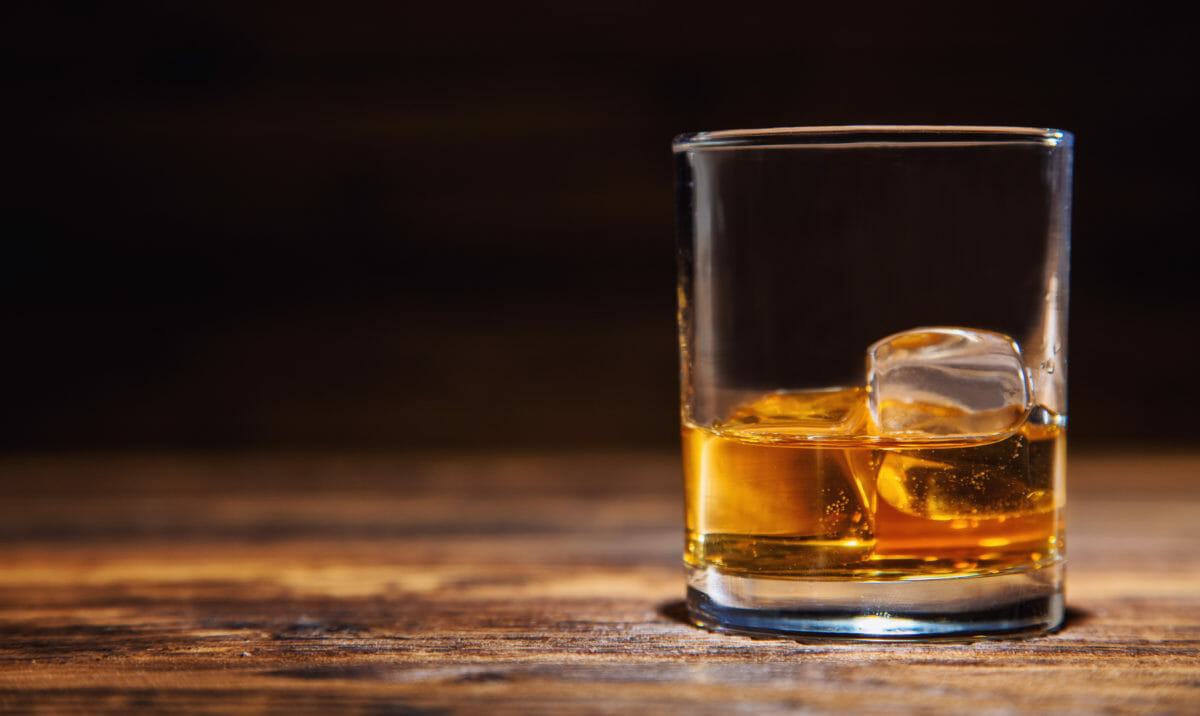 Tomorrow’s whiskey drinkers could be shelling out far more for a bottle made in a particularly noteworthy year.
Photography by Jag_cz/Shutterstock
Share
Tweet
Pin
Email
116 Shares

The concept of “terroir” is most closely associated with the world of wine. The French term is something of a catch-all for the natural environment in which something is grown or produced—everything from the composition of the soil to the amount of rainfall to even the slope of the ground. When it comes to wine and the grapes from which it’s made, terroir can help explain the difference in taste between two bottles of the same style made by different vineyards or even between two bottles of the same style from the same vineyard made years apart.

A growing body of research, however, has started to extend that concept beyond wine to other drinks and food, including beer and even bread. And now an American scientist and a team of Irish researchers have found evidence that the environmental conditions in which barley is grown can have a noticeable impact on how Irish whiskey tastes, as well.

The new findings could eventually mean big changes for the whiskey world, from more consumer choice to more market power for individual farmers and distillers. Today’s whiskey lovers might spend three figures for a bottle of the good stuff; tomorrow’s could be shelling out far more for a bottle made in a particularly noteworthy year, à la wine vintage.

“When you drink your glass of whiskey, instead of saying, ‘Oh, this is a Glenfiddich or a Waterford,’ you could be saying, ‘Oh, I’ve got a Waterford 2018,’” says Dustin Herb, a scientist at Oregon State University’s Department of Crop and Soil Science and a co-author of the new paper, published last month in the peer-reviewed journal Foods.

The experiment looked specifically at barley, the key ingredient in most Irish and Scotch whiskies—and not corn or rye, more commonly used in American varieties—but Herb says there’s no reason to believe terroir doesn’t impact those, too. He cautions, however, that there’s still more work to be done on the year-to-year impact of terroir, something he and his partners plan to pursue through their research initiative called the Whisky Terroir Project, which is funded in part by the Waterford Distillery. (Whiskey can be spelled with or without an e, one of the many quirks of a spirit with myriad varieties and classifications that connoisseurs love and copy editors hate.)

The first challenge Herb and his colleagues faced was figuring out a way to minimize the variables introduced by the distilling process and maximize the observable impact of the barley’s growing conditions. “We wanted to focus all of our attention on how it was produced and not how it was processed,” he says.

Ultimately, they planted two common Irish varieties of barley in two distinct parts of the country—in inland Athy and in coastal Bunclody—two years in a row. They then harvested each crop at each site and malted and distilled the barley in the same way, producing several distinct batches of so-called “new make spirit.” (Technically speaking, it can’t be called whiskey until it is aged in wooden casks for several years.) The team then used trained sensory experts—basically professional supertasters—and an analytical lab technique known as “chromatography mass spectrometry” to isolate individual chemicals.

Based on those tests, and some statistical analysis, the researchers found distinct evidence of the impact of terroir. In terms of a spirit’s aroma—a key part of the whiskey experience—for instance, where the barley was grown actually had more impact than which of the two varieties was used. Meanwhile, the spirits from Athy were more likely to be described as earthy or grainy while those from Bunclody tended to be associated with dried fruit. Terroir, in other words, was indeed a real difference maker in the final product.

Herb says he’s excited about what that means for whiskey drinkers, who will have more information about their spirits, and those smaller whiskey makers, who should be able to better compete with those larger distillers who specialize in economies of scale and the more uniform product that comes with it. But he’s also hopeful that such a shift in perception could have a far larger impact on consumers’ relationship with the things they eat and drink.

“What this does is it brings to the front all the people that have had their hands on the product, especially the farmer,” he says. “And the aftermath of terroir also brings forth all the maltsters and brewers and distillers and everyone else who plays a role.”

We are currently doing research on this phenomenon with all natural range fed beef from our ranch in Southeastern Arizona. We have been using GPS locator collars, fecal analysis, gas chromatography analysis of over 50 different plant species found to be a part of cattle diets on the ranch; DNA analysis of plants consumed; and biochemical analysis of lipid compounds that are found in individual plants and also in the fat of beef animals being processed into meat that we market, locally.