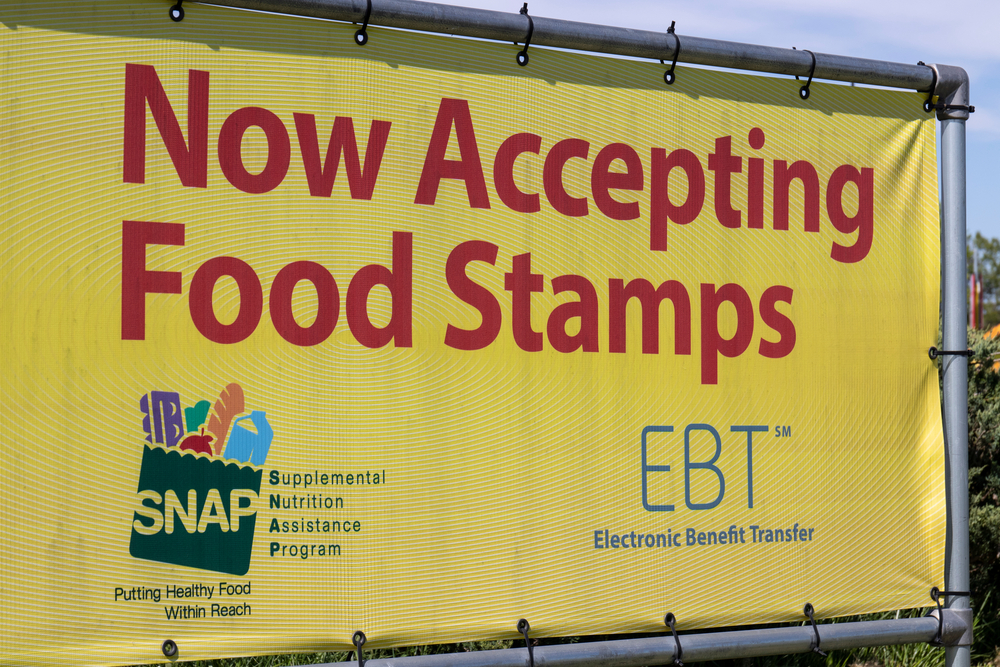 The American Rescue Plan, the first stimulus package passed under the Biden administration, included $23 billion in aid for food and farming.

A substantial amount of that is due for the Supplemental Nutrition Assistance Program (SNAP), sometimes known as food stamps. The USDA announced this week that part of this funding will increase SNAP benefits through September 2021—at which point, hopefully, most of the country will be vaccinated and getting, at least a bit, back to some version of normal.

The increase in SNAP benefits comes out to 15 percent; that means a nationwide average of about $28 per person every month, or just over $100 for a family of four per month. This increase was actually initiated by former President Donald Trump back in December 2020, but it was due to expire in June. Given the disorganized and inconsistent rollout of vaccines, uncertainty about the economy’s immediate future and the basic fact that SNAP benefits are incredibly effective at reducing hunger and stimulating the economy, the Biden administration is extending that 15-percent increase through September 2021.

There’s also some additional work coming from the American Rescue Plan funding. About $1.14 billion is going to states for SNAP infrastructure work, including ramping up online ordering, customer support and mobile payment options—stuff to make it easier for people to use and vendors to accept SNAP payments. And those benefits won’t be exclusive to those in the 50 states and Washington, DC; there’s $1 billion in assistance going to American territories, including Puerto Rico, American Samoa and the Northern Mariana Islands.

The announcement also notes that the P-EBT program, which enabled grocery purchases for families relying on school meals while schools were closed, will be extended through the summer.

The American Rescue Act includes substantial benefits for the food and agriculture industry, including debt relief for minority farmers, increased governmental purchase of food due for food banks and billions to address problems in the food supply chain caused by the pandemic.

Thank you USDA, to all our farmers and migrant because of all of you I get to eat another month. What a Blessing in disguise.

Popular
Is Agroforestry the Key to Hardier Row Crops?Shea Swenson
7 Smokable Plants You Can Grow That Aren’t MarijuanaBrian Barth
Goat Sex: Everything You Wanted to Know But Were Afraid to AskAndrew Amelinckx
Why Don’t We Eat Turkey Eggs?Dan Nosowitz
6 Differences Between Llamas and AlpacasAndrew Amelinckx
Explore Modern Farmer
Related
Environment, Food & Drink
Where Has All the Mustard Gone?Chloe Faure
Animals, Environment, Technology
Alaskan Salmon Face a Stream of New MinesBecki Robins
Animals, Food & Drink, Lifestyle
The Great (Sticker Shock) ThanksgivingLindsay Campbell
States Mull Limits on Foreign Ownership of FarmlandJohnathan Hettinger
wpDiscuz
We use cookies on our website to give you the most relevant experience by remembering your preferences and repeat visits. By clicking “Accept”, you consent to the use of ALL the cookies.
Cookie settings ACCEPT
Privacy & Cookies Policy