Deep in Factory Farm Country, CAFO Critics Are Just Trying to Get Heard

A group of Iowa lawmakers are pushing for a state-wide moratorium on factory farms. Their first challenge? Getting their colleagues to take them seriously. 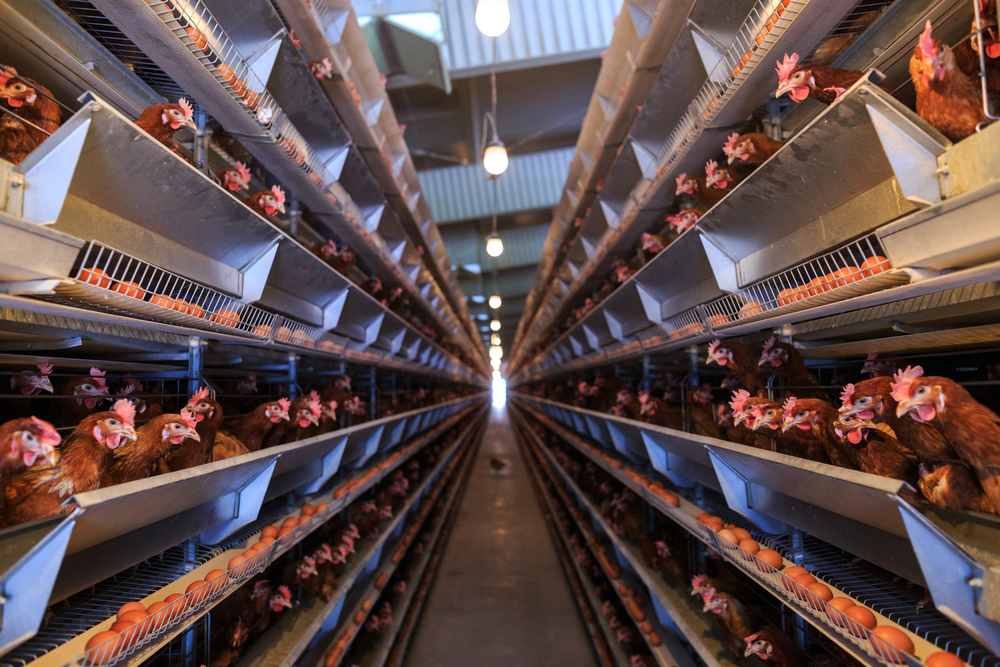 A group of Iowa state lawmakers on Tuesday once again introduced legislation that would effectively ban new large factory farms in the state. But calling their latest bid a long shot would be an understatement by some measure. Even the bill’s backers admit they’d be surprised if their bill goes anywhere this year—including simply to a subcommittee.

“We know we still have a lot of hurdles before we can sign this bill into law,” conceded Rep. Art Staed (D-Cedar Rapids) Tuesday during the virtual unveiling of the legislation. The bill calls for a moratorium on new development and expansion of concentrated animal feeding operations, better known as CAFOs or factory farms, in which thousands of animals can be kept in confined spaces. Another of the bill’s co-sponsors was even franker in her assessment. “This bill probably has no chance of getting a subcommittee or committee [hearing],” said Sen. Claire Celsi (D-West Des Moines). A subcommittee hearing in either chamber is a crucial early step in the lawmaking process and, without one, the bill is destined to remain in legislative limbo.

Such is life for CAFO critics in a state that is home to thousands of these facilities. Iowa’s Republican leaders, who control the levers of power, have made it clear where they stand on even a short-term moratorium. Last week, House Speaker Pat Grassley (R-New Hartford) went as far as to declare the bill “dead on arrival” days before it had even formally arrived. “If you’re going to approach this from a standpoint of a moratorium … you’re never going to have a sit-down conversation that can be a real ‘What are some issues that need to be addressed,’” he told the Cedar Rapids Gazette.

For their part, the bill’s supporters argue that past attempts to secure smaller victories have done little to slow a practice that public health experts warn is a serious threat to the environment and people, particularly the farm workers and nearby residents who breathe air and drink water contaminated by CAFO waste. Groups such as Food & Water Watch, which is working with the Iowa lawmakers behind the bill, estimate that, during the quarter-century between 1982 and 2007, the number of Iowa hog farms fell by 82 percent, while the average number of hogs on such farms jumped 10-fold, to more than 5,000 from less than 500. Likewise, the Midwest Center for Investigative Reporting found that the number of large-scale Iowa CAFOs more than doubled between 2011 and 2018, to 3,588 from 1,648, making the state home to almost a fifth of the nearly 20,000 such operations in the United States.

“We have spent decades asking for incremental change to address the issue of the factory farm industry—where has that gotten us?” said Emma Schmit, an organizer with Food & Water Watch Iowa. Other organizations lending support include the Sierra Club and the Iowa Farmers Union, which have organized a number of activities this week to help rally support with the hope of forcing Republican leaders to give the bill a hearing. Tuesday’s virtual rally, however, was a sparsely attended affair with live viewership on Facebook and YouTube mostly hovering in the mid- to high teens for each stream.

Those viewership numbers may say more about the difficulties of organizing in the age of COVID-19 than they do about support for the moratorium. The bill’s backers like to cite polling commissioned at the end of 2019 by the Johns Hopkins Center for a Livable Future that found that a plurality of Americans—43 percent to 38 percent—support a national ban on new confined feeding operations. The split in the Hawkeye State is even more pronounced, with 53 percent of Iowans saying they support a statewide moratorium compared to 42 percent who oppose it. The pollsters also found that the CAFO critics have a lot to do when it comes to spreading their message. A whopping 87 percent of Iowans said that they had not “seen, read or heard anything” about the moratorium prior to the pollsters asking about it.

Public awareness may have increased at least a little in the year since, although lawmakers also no longer have the novelty of the effort to generate media interest. This latest bill is the fourth time a version of the legislation has been introduced in the statehouse in as many years. While the number of co-sponsors has inched up over that time—to a total of 23 this time around from a total of 11 between the two chambers—the bill has yet to make it to the floor in either the House or the Senate. Given Republicans boosted their edge by six seats in the former and preserved their 14-seat advantage in the latter this past November, it’s hard to imagine that changing anytime soon.

The Iowa effort is not the only one in the nation. State lawmakers in Oregon have pushed a similar ban focused on giant dairy farms in recent years—although they have had similarly disappointing results to date. Short-term local bans have found some success in places such as Wisconsin, where three counties issued a targeted one-year moratorium on CAFOs in 2019. But, at the state level, the anti-CAFO crowd faces the kind of Catch-22 that almost anyone trying to change the status quo does. A ban would by definition have the biggest impact in places with a lot of factory farms; pro-CAFO agribusiness interests hold considerable sway over lawmakers in those same states because they are home to so many CAFOs.

Still, those hoping to put an end to the farming practice have recently found an important ally in Washington: Sen. Cory Booker, the author of the Farm System Reform Act, which would impose a national moratorium on CAFOs and spend up to $100 billion to entice farmers to abandon such practices. The New Jersey Democrat introduced the bill in 2019 when he was running for president, but he’s perhaps better positioned to push it from his new perch on the Senate Agriculture Committee.

But if Booker does take up the cause again, he’ll find that he has something else in common with the state lawmakers behind the Iowa bill: a powerful man with the last name Grassley trying to stop him. In Booker’s case, that would be Sen. Chuck Grassley, the 87-year-old Iowan who sits on the now-evenly split panel and who is grandfather to Iowa House Speaker Pat Grassley.

Popular
7 Smokable Plants You Can Grow That Aren’t MarijuanaBrian Barth
How to (Actually) Get Rid of Fruit FliesEmily Baron Cadloff
What to Do With an Abundance of PeppersShelby Vittek
Yes, the Government Really Does Stash Billions of Pounds of Cheese in...Emily Baron Cadloff
Meet the Former Chefs Growing Restaurant-Driven Produce in Suburban AlbanyKerri Sullivan
Explore Modern Farmer
Related
Food & Drink
Food Inflation Is Eating Up Grocery BudgetsShea Swenson
Animals, MTMF
Paddleboarding Goats Make a Splash on Prince Edward IslandNoah Lederman
New Census of Agriculture to Survey Internet Access, Precision Agriculture and MoreEmily Baron Cadloff
Animals, Environment
Ugandan Farmers Embrace Maggots as Solution to Fertilizer ShortageShea Swenson
wpDiscuz
We use cookies on our website to give you the most relevant experience by remembering your preferences and repeat visits. By clicking “Accept”, you consent to the use of ALL the cookies.
Cookie settings ACCEPT
Privacy & Cookies Policy