The EPA has backtracked after corn producers were outraged by the news. 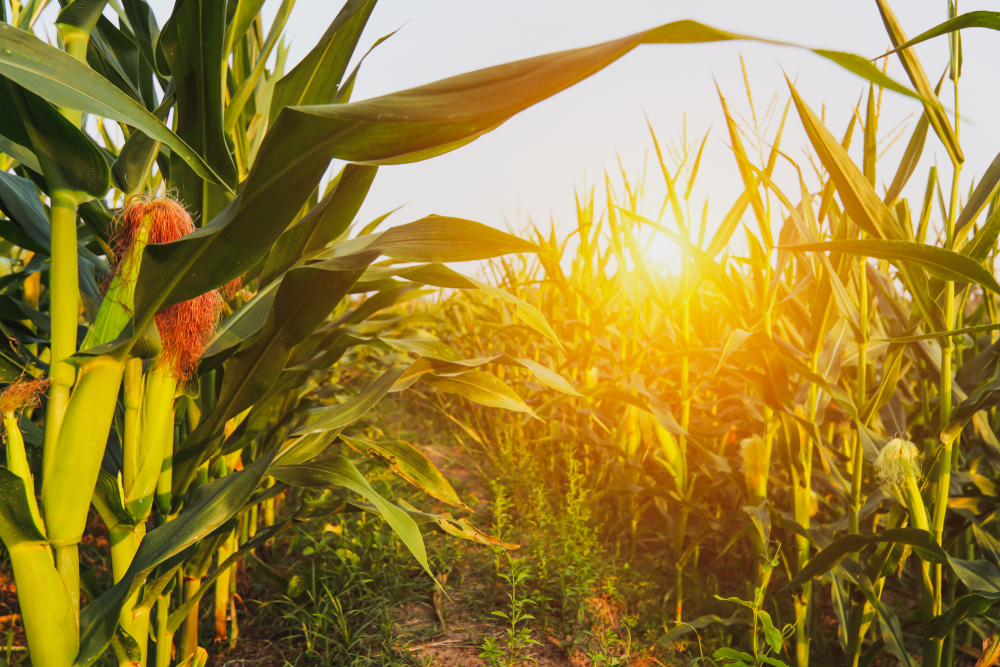 Farmers who produce corn for biofuels were not pleased when they heard the EPA was considering more waivers for refineries.
Photography by Pamas on Shutterstock
Share
Tweet
Pin
Email

In the waning days of Donald Trump’s presidency, the Environmental Protection Agency reportedly has been considering more biofuel waivers for refiners, provoking outrage from farmers who grow corn for biofuels.

In response to that outrage on Thursday, the EPA issued a proposal to extend the deadline for these refiners to prove their compliance with biofuel standards. Biofuel waivers have been an extremely touchy subject during the Trump administration’s single term. Oil refiners are required, as part of a program called the Renewable Fuel Standard, to blend a certain amount of biofuel, derived generally from corn, into their final product. This is a massive market for corn growers; roughly 40 percent of American corn goes into biofuel. But there’s also a part of the law that allows “small refiners” waivers, so they don’t have to use as much or any biofuel.

This is theoretically to help out smaller refiners, as it saves money, but the Trump administration has given out many more waivers than previous administrations—even to the point where some of those waivers have been struck down by courts. Trump’s waivers have been, essentially, a massive money-saver for oil refiners and a huge blow to corn farmers.

In September, during the run-up to the general election, the EPA rejected retroactive exemption requests from 17 small refineries. Corn farmers welcomed the decision but were quick to point out that the Trump administration was still considering an additional 31 waivers at the time.

In response to the news that the Trump administration was considering granting more waivers, a number of biofuels and farming groups, including the National Corn Growers Association and the National Farmers Union, issued a joint statement, saying: “There is no justification for President Trump, Andrew Wheeler, and their allies to award a massive, short-sighted handout to oil companies at the expense of farm communities.”

The Biofuels Caucus in the House of Representatives, which includes representatives from corn-producing states, also asked the EPA to deny further biofuel waivers.

On Thursday, Reuters reported that the EPA will not actually “take a position” on 2019 waivers, citing ongoing litigation, but that the EPA will propose a delay for the due dates for those 2019 compliance reports. It’s not clear whether the Trump administration plans to issue more waivers before the transition of power on Wednesday.

President-elect Joe Biden previously announced his pick to head the EPA, Michael Regan, currently serving as the secretary of environmental quality in North Carolina. There’s very little information out there about Regan’s history with biofuels; nobody in the biofuels industry is quite sure what to expect from his tenure. Biden himself, while he has spoken about the need to transition away from fossil fuels, has repeatedly mentioned biofuel as a necessary “transition” element.

Popular
The Future of Hay Drying in AmericaLindsay Campbell
How to (Actually) Get Rid of Fruit FliesEmily Baron Cadloff
7 Smokable Plants You Can Grow That Aren’t MarijuanaBrian Barth
How to Get Rid of Spotted LanternfliesShelby Vittek
6 Differences Between Llamas and AlpacasAndrew Amelinckx
Explore Modern Farmer
Related
MTMF, Plants
Meet the Modern Farmer Helping Colombian Coffee GrowersLindsay Campbell
Environment, How-To, Plants
How to Get Rid of Spotted LanternfliesShelby Vittek
African Swine Fever Is In the AmericasDan Nosowitz
Plants
There’s a Pumpkin Fungus Among UsLindsay Campbell
wpDiscuz
We use cookies on our website to give you the most relevant experience by remembering your preferences and repeat visits. By clicking “Accept”, you consent to the use of ALL the cookies.
Cookie settings ACCEPT
Privacy & Cookies Policy