Some refineries won’t have to use ethanol at all—a big problem for farmers. 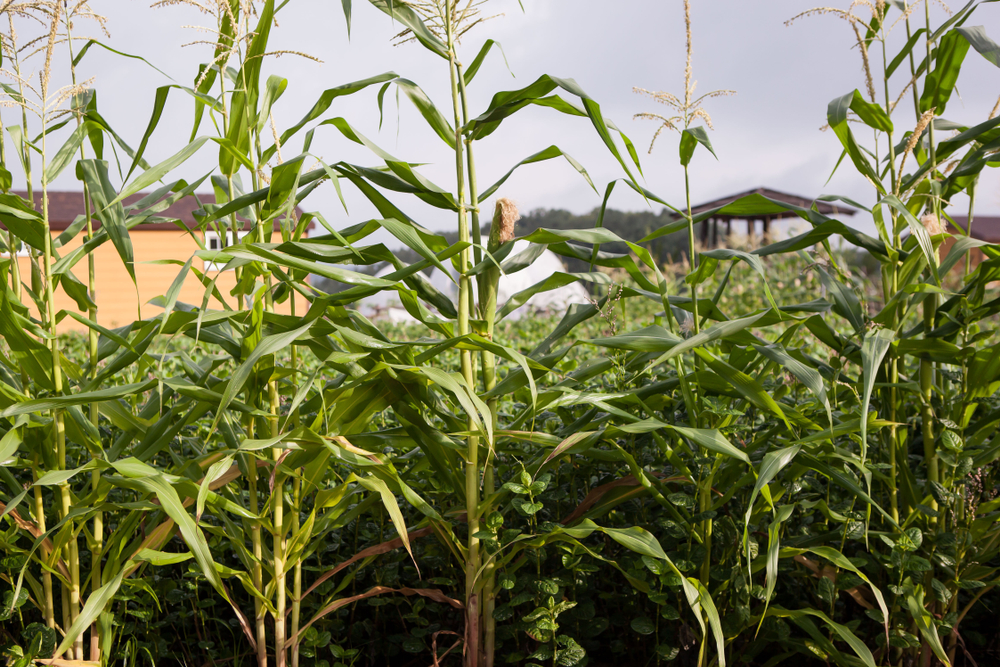 For almost a decade and a half, the Renewable Fuel Standard has forced oil refineries to use a certain amount of ethanol—derived primarily from corn.

But the RFS also allows for certain “small refineries” to receive exemptions, meaning that if a refinery can show it is experiencing “disproportionate economic hardship,” the company can apply for a waiver. With that waiver, the refinery can save money by forgoing the ethanol requirement.

Oil companies love these waivers. Ethanol and other biofuels are expensive, compared with crude oil, and there’s nothing the oil industry loves more than money. According to Reuters, these waivers can save the oil companies tens of millions of dollars.

For pretty much everyone else, these waivers are a ridiculous and unnecessary favor to the oil industry. Those “small refineries” that have received waivers in the past include none other than Exxon Mobil—hardly a mom-and-pop operation.

Farmers and corn-growing operations are furious. These exemptions can total billions of gallons of unpurchased ethanol, which means billions of dollars that isn’t going to American farmers. Nearly 40 percent of the American corn harvest is used for ethanol, and the Renewable Fuel Standard is the law that ensures there’s a buyer for that corn. If oil refineries can weasel their way out of using it? That’s a serious blow to American agriculture’s bottom line, at a time when trade wars, heat waves, and floods are already dealing haymakers left and right.

With cheap oil and electric vehicle ascendance, “gasahol” is a boondoggle. The time of reckoning is here for those who are partaking of that pork.

get rid of ethanol all together..It’s a joke!

Sorry to say, Ethanol as a fuel is a joke. It causes lower mileage , reduction in performance, increased maintaining of the engine.
The ethanol story sounds like a “Brother-in-law ” scam to me.

This is a bit disingenuous: “For pretty much everyone else, these waivers are a ridiculous and unnecessary favor to the oil industry. Those “small refineries” that have received waivers in the past include none other than Exxon Mobil—hardly a mom-and-pop operation.”

There is not an environmental organization anywhere in the U.S. that supports the RFS. It is the one and only topic that environmentalists and oil companies agree on.

I bet the folks being hit hard now were mad at Obama for those measly 15 waivers.

Corn requires extensive irrigation, (water in short supply) fertilizer (high in Nitrogen)produces ethanol which is a loser……do your homework and shift over to hemp, where the action is both financially and environmentally advantageous.

The nasty corn grown for this is GMO, ruining the soil. I drive an 18 wheeler, and everywhere you look, biodiesel is at the pump. It creates a sludge like substance in my filters, which in turn have to be replaced more frequently. So i avoid biodiesel like the plague. My fuel mileage is bad with bio fuel as well.

The tenor and slant of your article could not be more wrongheaded. Lets get some facts straight about adding ethanol to gasoline. It is commonly accepted in the scientific and environmental community that requiring refiners to add corn based ethanol is harmful to the environment. In fact it could be considered an environmental disaster. Marginal land that would have remained out of production is now being used to grow corn. This has significant negative affects including less wetlands for waterfowl and more chemicals leaching into rivers. Of course those chemical fertilizers end up in the gulf adding to the dead… Read more »