It’s a point for worker safety. 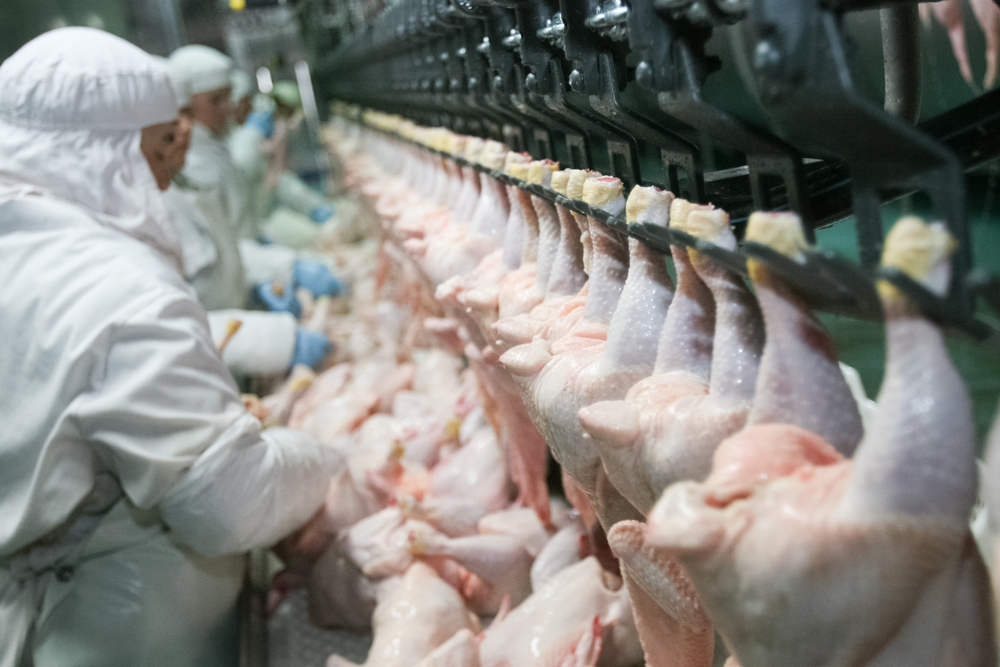 The Trump administration had sought to increase line speeds in the poultry industry.
Photography by Vodograj on Shutterstock
Share
Tweet
Pin
Email
405 Shares

A significant and maligned part of the Trump administration’s work in the meat-processing industry involved line speeds: how many animals a plant can process per minute. The Biden administration, though, announced on Monday that it would be withdrawing one of those proposed rules.

The Trump administration had sought to increase line speeds in the pork and poultry industries, even during the COVID-19 pandemic. The poultry rules allowed for some plants to increase their per-minute processing to 175 from 140. The poultry processors love the idea of increased line speeds; they can make more money in the same amount of time. But workers, labor advocates and public health advocates do not love this idea.

Increased line speeds have been linked to increased rates of worker injury and, even worse right now, the plants that were permitted to increase their line speeds showed a 10-times-higher rate of COVID-19 transmission among workers. (It’s not clear exactly why; part of the issue is that the specific plants involved are particularly large ones or that workers were forced to disregard some safety efforts such as physical distancing in their efforts to work 25-percent faster than before.)

In any case, the Trump administration had proposed allowing this increased line speed rate to more and more poultry plants, and the Biden administration announced that it was freezing this proposal.

The move was applauded by those opposed to the line speed increases, such as the nonprofit advocacy group Food & Water Watch. But Food & Water Watch also noted that: “Given Secretary Tom Vilsack’s record, we must be diligent and aggressive in holding this administration accountable.” The group is referring to Vilsack’s history while he was the USDA chief under President Barack Obama, when he pushed for increased line speeds. That push was based on a pilot program filled with flawed data, according to a Government Accountability Office report. President Joe Biden has picked Vilsack to return to his role at the USDA.

The swamp is filling up again…alas, deja vu…