The USDA Wants to "Modernize Swine Inspection." What Does That Mean? - Modern Farmer
Animals

The USDA Wants to “Modernize Swine Inspection.” What Does That Mean?

Amidst several years of increasingly common food safety scares, the USDA announced a proposal that will...not address that issue. 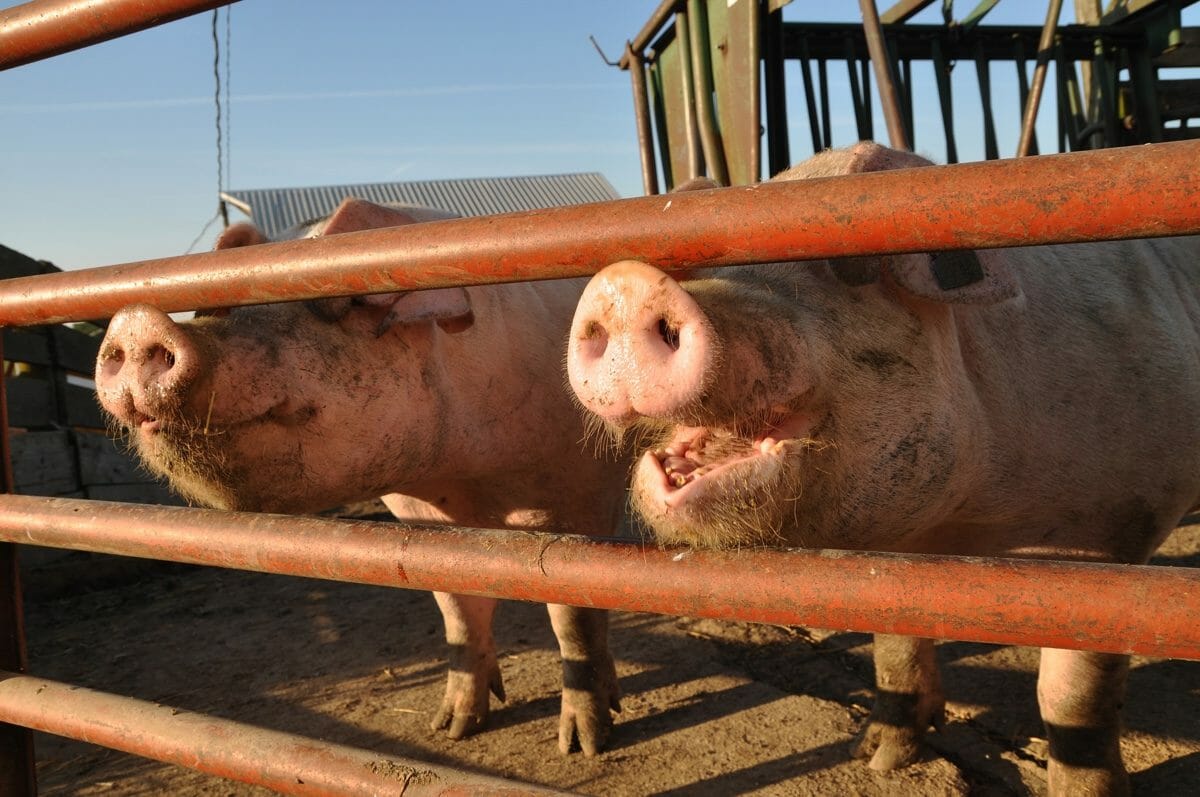 On January 19th, the USDA announced a proposal to “modernize swine inspection.” There are a few different elements to this “modernization,” many of which seem designed to maximize profit and efficiency for pork producers.

One part of the proposal wants to remove limits on line speed – the number of animals that can move through the slaughterhouse in an hour – calling this an “unnecessary regulatory obstacle to innovation.” That could mean an increase in the number of hogs processed by 30 percent, according to Organic Authority. Those limits are for safety reasons; capping this removes the temptation for processors to race through hogs as quickly as possible, which could result in sloppy work.

Another major element would be a new, voluntary inspection program, called the New Swine Slaughter Inspection System. If a plant chooses to opt-into NSIS, as the USDA insists on abbreviating it (shouldn’t it be NSSIS?), they’ll find inspection responsibilities shifted from a USDA employee to one of their own employees, who would be tasked with removing unfit or unsafe animals from the line. The rationale? Government inspectors would have more time to perform “offline” tasks, like checking sanitation compliance. (Offline, in this instance, meaning away from the processing line, rather than away from the internet.)

Interestingly, the new proposal also requires some new sampling: “FSIS is proposing to require that all official swine slaughter establishments develop, implement, and maintain in their HACCP systems written procedures to prevent contamination of the pre-operational environment by enteric pathogens.” (HACCP systems are management systems for monitoring food safety.) Essentially, this requires new sampling – testing for pathogens – on areas that come in contact with the livestock, rather than only the livestock itself. Good!

Except: the requirements for actually sampling the animals have been lessened as well. If a plant passes the test a certain number of times in a row, they won’t be tested as often. (Will this result in fewer onerous inspections, or a sense of complacency that could result in violations which aren’t spotted in time? Who knows?) Furthermore, plants will be allowed various “alternative” sampling plans that allow for the business to effectively choose when, where, and how often to be tested, rather than leaving that scheduling up to the USDA.

Rules like these have been proposed before; as a matter of fact, there was already a pilot program back in 2013 to test a hands-off approach like this. A review from the Office of the Inspector General found an inadequate amount of oversight and reporting, and that the pilot program could thus not even be judged as effective or ineffective.

Food and Water Watch, an advocacy organization, wrote in a release that these proposals are “irresponsible.” From Wenonah Hauter, the organization’s executive director: “It is unacceptable to put public health, worker safety and animal welfare at risk so that the pork industry can run faster lines and inspect itself. We urge the USDA to withdraw this proposed rule.”

You can read the entire proposed rule here. We’re currently in the 60-day period for comment before the rule goes into effect.

Does Donald Trump have anything to do with this?