Tempted to ‘Panic Buy’ Some Chicks? Read This First

We spoke with an expert who told us what first-time buyers should know. 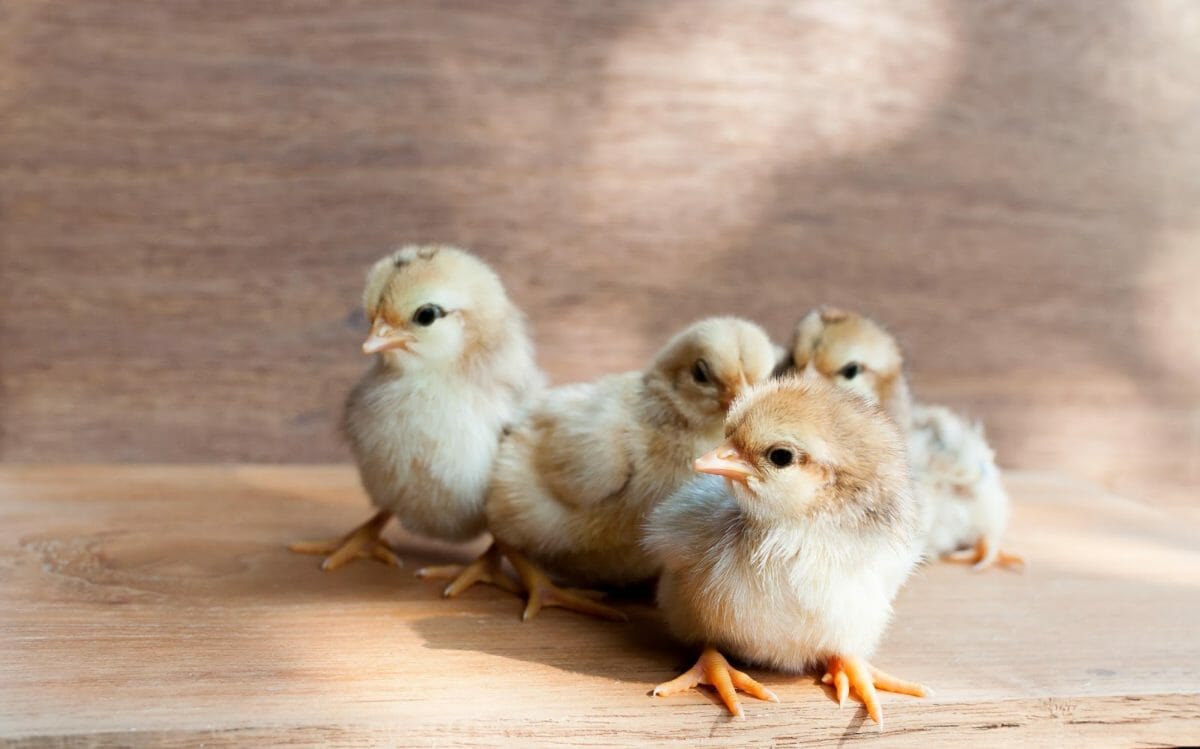 These chicks are tiny, but caring for them is a big responsibility.
Photography by koliw on Shutterstock
Share
Tweet
Pin
Email
630 Shares

The desire to have a steady supply of farm fresh eggs amid scarce supermarket shelves during the COVID-19 pandemic has driven panic-stricken shoppers right to the source: chickens.

Live chicks have started to become a hot commodity across the country, as feed stores from Utah to Florida have been selling out of chicks almost as fast as they come in.

Between finding an activity to make use of extra time in self-isolation and having some food freedom, it might seem like a good idea. But before you snatch up your own bird, there are a few things you need to know. Modern Farmer spoke with Marisa Erasmus, an assistant professor of animal sciences at Purdue University, about what she believes any first-time chicken buyer should know before committing.

Modern Farmer: We’ve seen in the news lately that a lot of people are panic buying chickens to make up for the scarcity of eggs on grocery store shelves. People have been purchasing the birds as newborns, but how long does it take before they actually start laying eggs?

Marisa Erasmus: For most chickens, it can take up to 19 or 20 weeks. So that’s around five to six months before they start laying eggs. Purchasing chicks today is not really going to help with not having any eggs today. It’s going to take quite a few months. I don’t really know how things are going to look in the long-term with the current situation. Things are changing so fast day by day, but for eggs to be produced, it’s going to be a long-term thing.

MF: What are chicks’ nutritional and dietary requirements that people need to know about?

ME: Younger animals will start on something called a starter diet. And then when they get older and they start to produce eggs, they need to transition to a layer diet. These are things that are commercially available. You just want to make sure the label states exactly what it is.

For a layer diet, and a bird that’s started laying eggs, she’ll need about 1290-1315 kilocalories per pound of food. They also have specific crude protein requirements. So between 15 and 19 percent of their diet needs to be crude protein and then calcium is 3.6 to 4.2 percent and then 0.3 to 0.45 percent phosphorus.

MF: What’s an ideal housing environment for chickens, and what conditions allow them to thrive?

ME:  Newly hatched chicks will need supplemental heat. They’re not able to regulate their body temperature very well. Start with the temperature at 95˚F – you should measure this at the height of the chicks, near a heat lamp, then turn the temperature down by 5˚F every week until the temperature reaches 70˚F. Once the birds are older, the ideal environmental temperature is between 64 and 7˚F.

At any age, they still need to have good air quality that’s dry and protected from the elements whether that be in a hoop structure, a shed or a coop. If they’re in an environment that’s very wet with poor air quality with high levels of carbon dioxide and ammonia they can actually develop respiratory problems. We will also see foot pad issues if they’re on wet flooring or wet litter. Chickens that are laying eggs need some type of nest box to lay their eggs in so they’re motivated to lay in kind of a secluded nesting area. And mature chickens need about one and a half to two square feet of space per chickens. 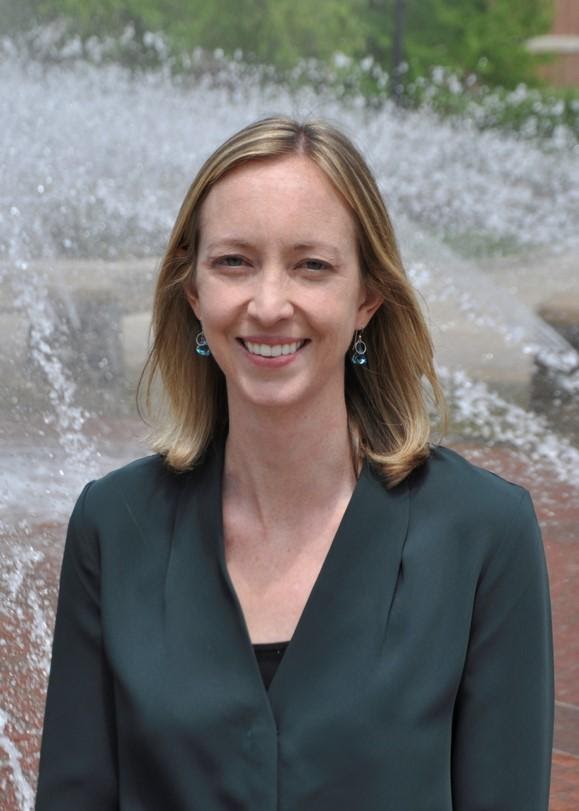 MF: What are the common myths surrounding chicken care?

ME: Some of the most general myths that we see are in relation to chickens and eggs. For example, there does not need to be a male chicken around for a hen to produce any eggs.  She will still lay eggs even if there’s no male present. In that case, those eggs are not fertilized so they’re not going to develop into a chick and hatch.

MF: What are some signs people should look for that would indicate their chicken is ill?

ME: One of the key things is a change in behavior. These changes are things like not eating as much, not drinking as much, not grooming themselves as much, being less active. They might start to look a little dirty. Sick birds tend to isolate themselves from others in the flock. Sometimes other birds can pick on the bird that’s not doing well, so that can make the problem even worse. They may have kind of a depressed look to them. So they’re sitting hunched over and are just not as responsive.

MF: What does an appropriate plan to deal with illness or injury look like?

ME: One of the things to do first is to identify if there’s a veterinarian nearby who can help with poultry or another expert who can help identify specific problems. Be responsive to observing these changes in the bird’s reverse behaviour, but know that since we are in a pandemic, if you get sick and you’re the one taking care of the birds, who can take over from you if you’re not able to

It’s also important to have a first-aid kit on hand: clean towels, disposable gloves,  antiseptic, sprays, syringes, saline solution, electrolytes, scissors, nail clippers, things like that. When they get injured, or something happens, you’ll have some resources that you can use to deal with the situation.

MF: Are there human health concerns people should be mindful of when raising chickens?

ME: Salmonella is one of the common diseases that people can get from chickens. So that’s why having that proper biosecurity and washing your hands after touching any kind of chicken is important. The chickens may not show any signs of having this bacteria, but it’s one of the common foodborne illnesses that we see in humans. And that’s why it’s never a good idea to kiss your chicken.

We also highly recommend having separate sets of shoes and clothing for when you are in with the birds and when you’re not, so that you’re not walking through their environment, bringing it back into your house and vice versa.

MF: Could you give us an idea of how much it can cost chicken-owners to properly take care of these birds? And how much time should people expect to devote to raising their chickens?

ME: It depends on how many animals they have and how long they want to have them for. At Purdue University Extension we’ve put some resources together to help people come up with what some of these costs will be. Other institutions like Michigan State University have crunched some numbers to help people figure out what costs could look like.

For time, you definitely want to make sure you’re checking up on the animals at least twice a day. Just walking through there and checking on them and making sure things are going well. This could take, you know, half an hour to an hour or more. So it’s not a significant time commitment. But again, if things do change with the pandemic situation and people are going back to work, that’s also something they need to be prepared for when they’re not staying home.

Another very important consideration is shelter from predators …both during the day and at nighttime .In any environmental setting whether it be rural or urban one must consider Raccoons,Coyotes , Wild Dogs ,Foxes,Feral and Domestic Cats , Weasels , Rats, Birds of Prey (even crows and owls )…actually the list is endless as there are so many traditional rural animals that have adapted quite nicely and thrive in urban environments . Construction of shelters to prevent predatory digging under the fences and overhead capture can become quite costly . Maintaining the flock in a heated environment during the winter may… Read more »

Don’t start with too many chickens. Once they start laying, you’ll get a lot of eggs; about an egg a day from each hen. If you have 6 hens, that’s more than 3 dozen eggs a week! Egg production takes a a lot of energy, so provide them with good quality feed. A fun and useful book is Uncle Eggbert’s Egg Book. http://eggbertseggbook.com

Also check local ordinances – most cities limit numbers and locations of backyard chicken operations. Some hatcheries will sell full grown chickens at a greater price. Your library is great resource – read a few books on backyard chickens before buying. Yes, most libraries are open for pick-up and return of materrials.

New chicken keepers who don’t want to pay a lot to keep their chickens or give up the option of going on vacation without worrying about chickens will want to take a look at my book on DIY chicken-keeping, called Hentopia: https://www.storey.com/books/hentopia/

Really? You’re suggesting that an area no larger than 18in by 18in is sufficient for a full grown chicken? That’s hardly bigger than the chicken. That sounds cruel to me. Surely more space for them to move around would be better for the chicken’s physical and psychological state.

Popular
6 Gardening Shows to Watch for Backyard InspirationEmily Baron Cadloff
How to (Actually) Get Rid of Fruit FliesEmily Baron Cadloff
7 Smokable Plants You Can Grow That Aren’t MarijuanaBrian Barth
What I Learned During My First Year of GardeningFrank Giustra
Meet the Mangalitsa, the Hairy Pig That’s the Kobe Beef of PorkJake Swearingen
Explore Modern Farmer
Related
Animals
This Enormous, Deadly Bird Might Have Been Domesticated Before the ChickenDan Nosowitz
Can Yogic Farming Help Boost Crop Yield?Aishwarya Jagani
Plants
6 Gardening Shows to Watch for Backyard InspirationEmily Baron Cadloff
Animals, Food & Drink
The Issue of ‘White Striping’ in Store-Bought ChickenDan Nosowitz
wpDiscuz
We use cookies on our website to give you the most relevant experience by remembering your preferences and repeat visits. By clicking “Accept”, you consent to the use of ALL the cookies.
Cookie settings ACCEPT
Privacy & Cookies Policy