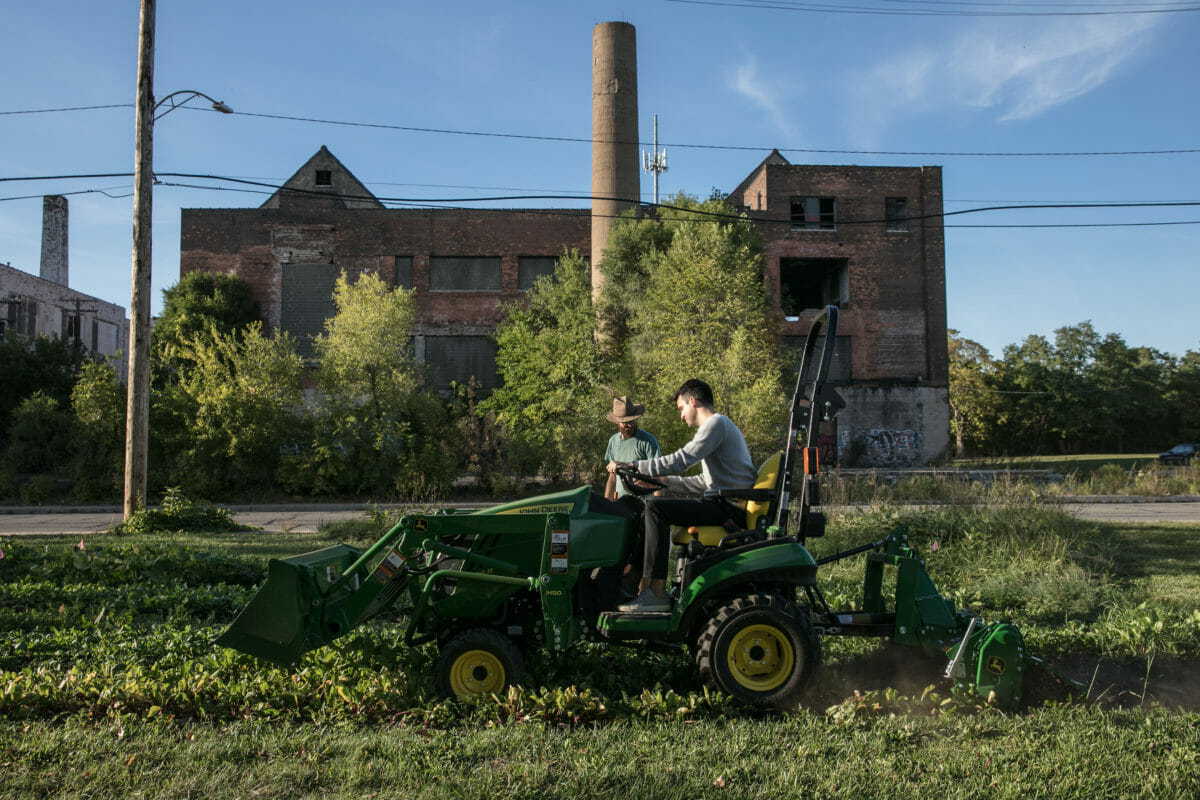 When the opportunity to expand operations opened up for East Fork Cultivars, the family-owned organic hemp farm in southern Oregon turned to Steward for help. Steward, a new online crowdfunding platform, works with small sustainable farms that are typically unable to get the types of loans to which industrial-scale commodity farmers have access.

“Almost all agricultural funding is driven by government policies—either direct government loans or banks through government programs—so if you’re not growing the top commodities at a large scale and aren’t part of the system, it’s really hard to access capital,” says Dan Miller, the founder and CEO of Steward. “Steward was created to be a kind of a flexible form of funding able to adapt to the needs of the farm.”

For East Fork Cultivars, besides being small, there was an additional hurdle. While hemp is federally legal, it’s a crop that many financial institutions still shy away from, according to Mason Walker, the CEO of East Fork Cultivars. Even though the farm, founded by brothers Nathan and Aaron Howard, was creditworthy, they still didn’t have access to conventional financing. “Financial institutions are still being very conservative about lending to what they feel is a volatile agricultural market,” Walker says.

Steward provided the farm with a private mortgage of $640,000 so East Fork Cultivars could purchase 24 acres its neighbor was selling, which allowed it to expand hemp production and helped fund the infrastructure development needed to make it operational. “They’ve just been really strong partners with us as we’ve grown,” Walker says.

So far, Steward has invested more than $2.6 million in 16 different farms, including a livestock farm in Louisiana, two urban vegetable farms in Detroit, and a vineyard in Switzerland. Steward has provided various-sized loans to buy land, improve infrastructure, and purchase needed farm equipment. More than 1,200 farmers have applied so far, according to Miller.

Before launching Steward, Miller co-founded Fundrise, the largest US real estate crowdfunding platform. In September, after a two-year proof-of-concept phase, Steward opened up investment opportunities to any US resident (except those in Florida and Nebraska due to state regulations) who could invest as little as $100 in a fund that supports a variety of sustainable farm projects. (If you live outside the US, it’s a bit more complicated since you have to be an accredited investor with a minimum investment of $1,000.)

There are plans in the works to allow for small international investors for their own domestic markets, Miller says.

Here’s how Steward works on the investment end: In a few steps, all done online, you can invest in the Steward Farm Trust, which earns on loans made to all the farmers on the platform (a projected 6-percent annual dividend paid monthly beginning this year). Steward’s newest opportunity will allow people to invest in individual farms, and it is scheduled to launch at the end of January. East Fork Cultivars is its first project. Loans vary depending on the collateral provided, the farmer’s experience, and the farm’s revenue and cash flow. “Not only can people support regenerative agriculture but they can make a reasonable return in the process,” Miller says.

The main differences between Steward and other agricultural-related funding opportunities, such as Dirt Capital, FarmTogether, and Kiva, are the smaller amount you can invest, Steward’s sole focus on sustainable farms, and that its loans aren’t just for buying farmland. Miller doesn’t see these others as the competition but rather as complementary investment vehicles.

Farmers can apply for a loan on the Steward platform. The Steward team, which includes a network of experienced farmers, handles the applications, sets up “farmer-to-farmer conversations,” site visits, and ascertains the farm’s financial needs and how to best structure the funding. Steward also offers a bookkeeping program that’s $129 a month. Steward takes a one-time 2-percent loan origination fee at the closing that’s rolled into the cost of the loan. Investors don’t pay anything to make an investment but are charged a 1-percent annual service fee.

Miller, whose mother’s family farmed in Maryland’s Chesapeake Bay region for generations, believes it is small, sustainable farmers who have been taking care of the land, providing fresh local food, and building community, while conventional ag has benefitted the most from government financial support. He hopes to “flip it the other way so that the ones doing the work that have positive impacts can get the funding to be successful.”

Corrections: A previous version of this story incorrectly stated that Washington was one of the states, where residents couldn’t invest in Stewards’ opportunities due to state regulations. That version also referred to the CEO of East Fork Cultivars as “Morgan Walker.” His name is Mason Walker. We apologize for the errors.

When will US residents with reserved investments be able to have that money actually invested.

I hope Steward will support farmers in Sierra Leone. I learnt about Steward while I was a Humphrey Fellow at UC Davis.This is innovative funding for farmers.