Transforming a Hawaiian Community Through Farming

Crops aren’t the only things growing at MA’O Organic Farms. 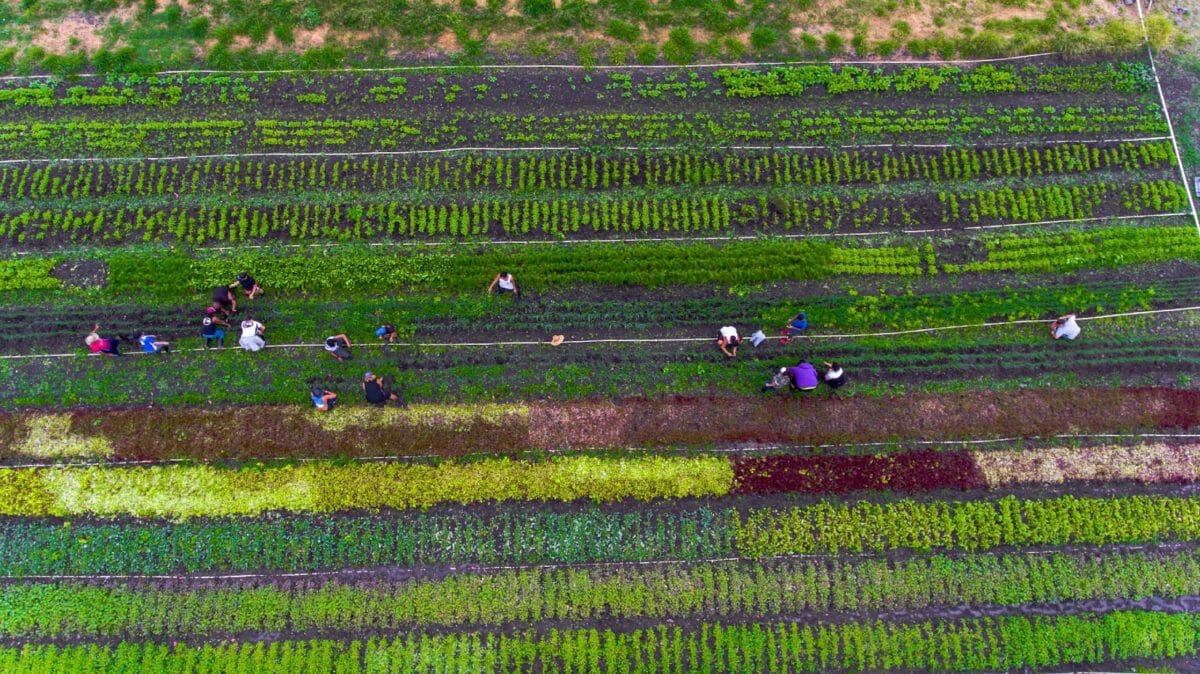 Cheryse Kaui Sana often thinks about how different her life would have been if she hadn’t stumbled into farming.

“I could have gotten a minimum-wage job or something and then who knows,” she says. “I probably would have been one of the negative statistics.”

Sana, a native Hawaiian woman born and raised in the rural community of Waianae, says growing up, people often passed her off as a girl from a slum area. When it was time to decide her path after high school, Sana says, she was without the financial means to pay her way through college. Then a teacher told her about MA’O Organic Farms and she decided she would give it a try.

The nonprofit, founded in 2001, enlists youth in Waianae to work on their farm part-time in exchange for fully covering their tuition costs at a local community college. The students who participate in these farming internships also receive a monthly stipend.

MA’O is a Hawaiian acronym that stands for Mala: garden, ʻAi: food and ʻOpio: young. The organization aims to impart a love and respect for the land on youth  through farming organic fruits, vegetables and herbs.

Twelve years after first stepping foot onto the farm, Sana has a bachelor’s degree, a wealth of agriculture experience and a full-time job as MA’O’s farm manager. One highlight, she says, is mentoring youth who are finding themselves like she did. 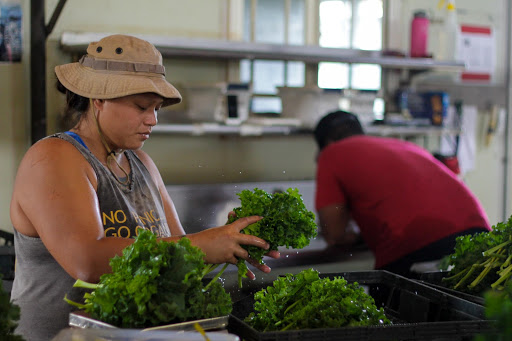 “The growing of food is beautiful, but the growing of people is something that’s more touching and more fulfilling, and to have them both, it’s so amazing,” she says.

The organization sells its produce through a CSA program and in grocery stores, as well as to restaurants. The proceeds go toward supporting the program’s interns and paying the organization’s staff.

MA’O co-founder Gary Maunakea-Forth says he and his wife Kukui started the farm because they were concerned about the future of Waianae and wanted to make a positive impact. The couple had grown up on farms and knew it was really hard work. “But it really informed a lot of decisions and made us who we are later in life,” says Maunakea-Forth. He says it’s important to teach Hawaiians to become self-sufficient in a state that imports 85-90 percent of its food.

Census data from 2017 shows that the community, which is on the west side of the island of O’ahu, has a poverty rate of 27 percent. This is more than double the rate of the rest of Hawaii. Maunakea-Forth says that Waianae is also one of the most food-insecure communities statewide. He says the farm has been causing some positive change in the community over the years to help tackle these problems. More than 300 young people have been through its internship programs, he says, and more than 140 of them have received degrees of some kind.

“Almost all have become employed,” he says. “It’s not that big of a deal when you consider that you only have 2.5 percent unemployment in Hawaii, but even in our community, our unemployment rate is about 10 or 12 percent.”

Tiare Toetu’u-Aipa is a current MA’O intern who has a hope of eventually becoming a radiology technician. Coming from a family of nine, she says it would have been difficult to find the money she needed for her post-secondary career.

While MA’O has helped her get ahead with school, she says she’s picked up historical knowledge about her Hawaiian roots she never knew about before. “I believe that what our ancestors did before really goes hand in hand with what could better our food systems or how we’re living in general,” she says.

Using the knowledge she learned on the farm, Toetu’u-Aipa has been growing food with her family at home. While she doesn’t intend to go into farming as a profession, she says she’ll carry the strong work ethic she’s learned through farming into her career when it’s time to leave MA’O.