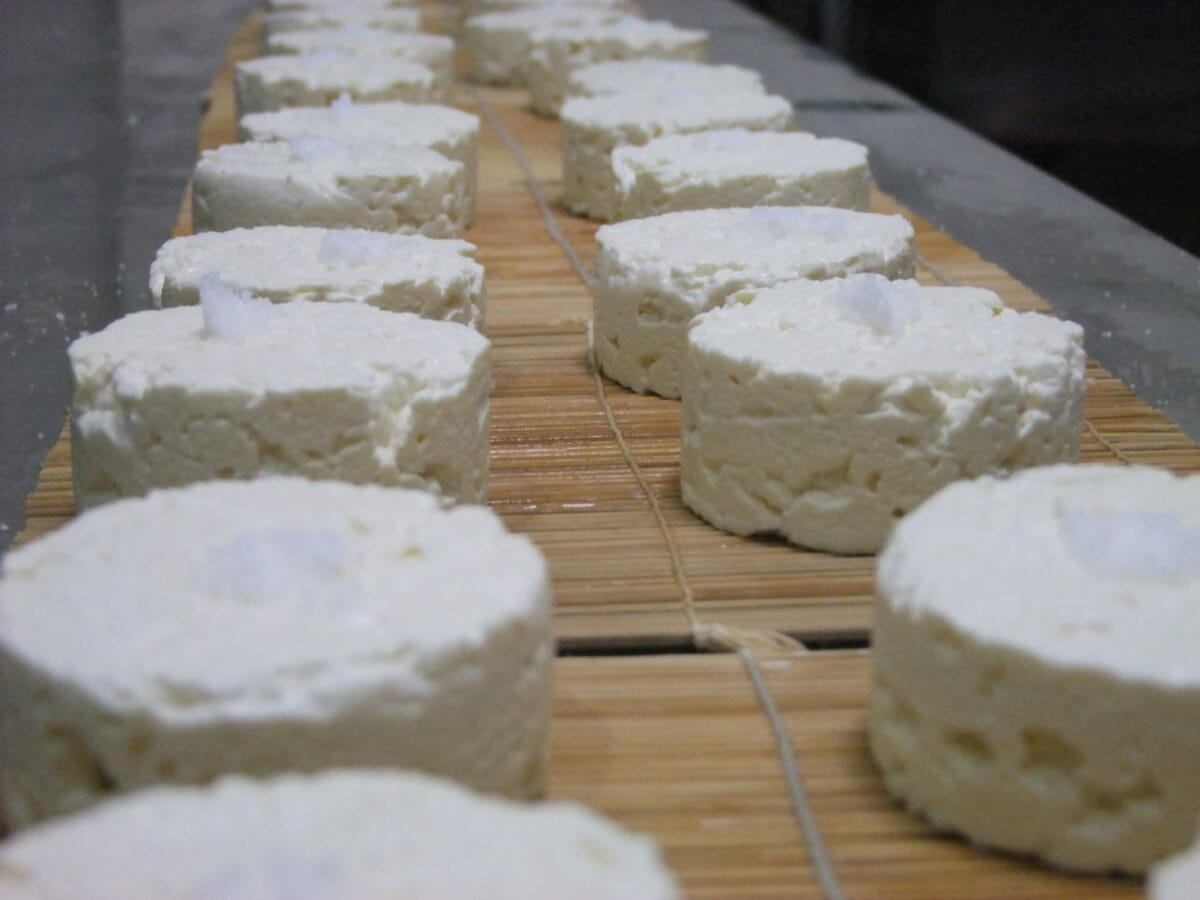 There is a small but growing number of cheese producers in Thailand, a country not known for its cheese.
Photography courtesy Heaven on Cheese
Share
Tweet
Pin
Email
457 Shares

Around 65 percent of the global population has a decreased ability to digest lactose after infancy; among those of East Asian descent, that number hovers somewhere between 70 and 100 percent. With those bleak figures, fostering a dairy industry in a country like Thailand seems pretty risky.

But, it turns out, the cheese stands alone.

“Asians already eat pizza, burgers and fries with cheese,” says Reinhard Matheis, a cheesemaker based in Thailand. “Cheese only contains a little lactose, which goes out with the whey during production or aging.” Lactobacillus, the main culture used in making cheese, changes lactose to lactic acid, making everything from camembert to cheddar, well, easier to swallow.

Along with his wife Chanida Sitthikeson, Matheis is among a small but growing number of cheese producers in Thailand. Matheis started out as a confectioner and baker, first in his native Austria, then in South Africa and on five-star cruise ships. When he met his wife and relocated to Nakhon Sawan, about 160 miles north of Bangkok, he really missed the flavor of cheese. After getting his hands on some fresh local milk, he drew on his twenty-plus years of experience in food production and began making soft varieties. It started as a hobby, and after some trial and error, it turned into a business.

For the past decade, the duo’s company, Heaven on Cheese, has been making around 9,000 pounds per year, sold to locals, visitors and expats. Their cheeses are available at an artisanal market, as well as in Thai hotels and restaurants. The company’s signatures include a double-cream brie studded with fresh truffles and reblochon, a soft washed-rind and smear-ripened cheese, both made with local raw milk. Matheis says the availability of quality milk and a suitable climate for aging the cheese are his greatest logistical challenges. (Though cheese matures best in a high humid environment, which Thailand has in spades, it prefers moderate temperatures of 50 to 55 degrees, which can be tricky in the country’s tropical environment.) 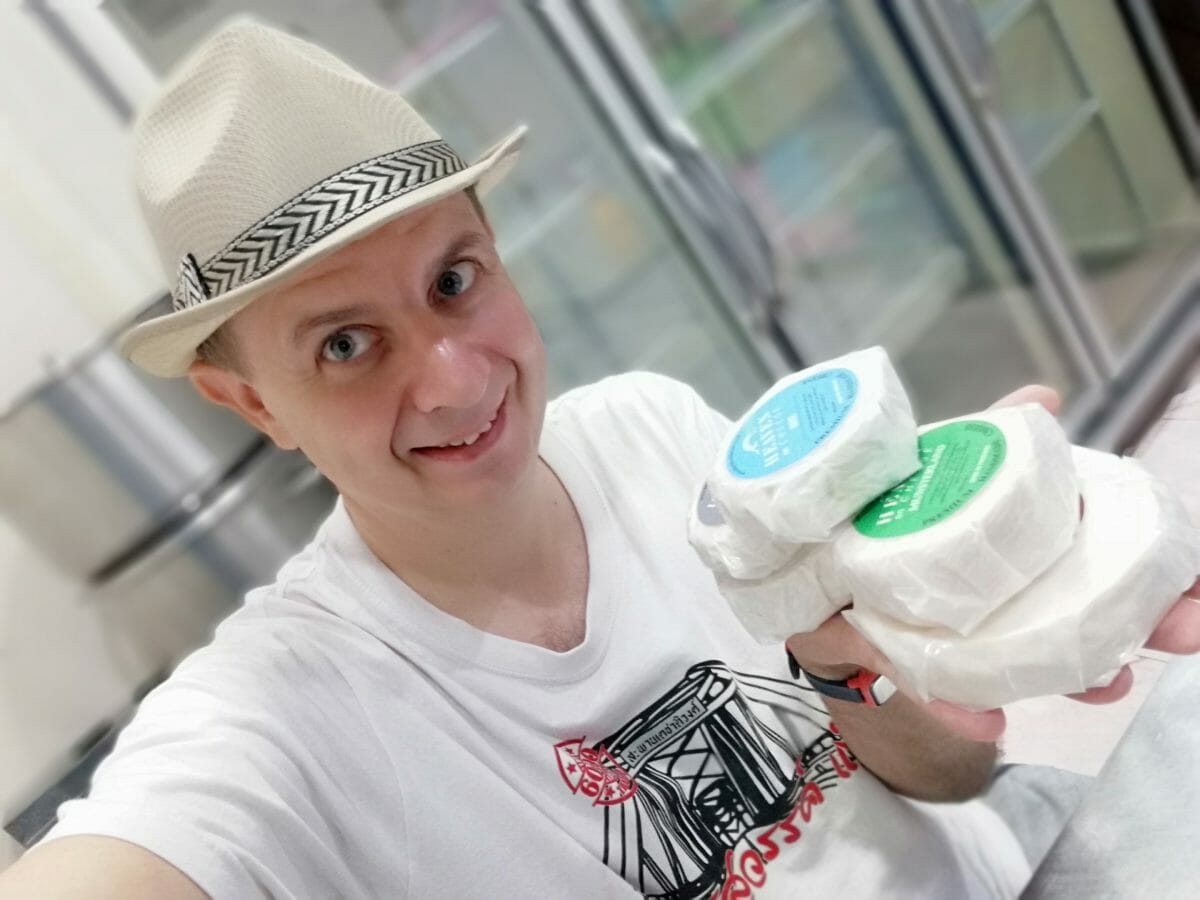 Three years ago, Kai Srikong, a former veterinarian and PhD student, quit her doctoral studies, switched paths and launched a dairy farm and cheesery, Little Goat Farm, in Nakhon Pathom. She had completed a research product identifying a string of DNA unique to one breed of Thai goats that allowed their milk to be more suitable for cheesemaking. “One day, I realized my research result is nothing if it cannot be a product, and a product is nothing if it cannot go to market,” she says.

Her thirty goats produce twenty to thirty liters of milk daily, which are immediately turned into soft cheeses including Khok Phra brie and nourkai, a fourteen-day ripened variety Srikong created and calls a “summer angel” since it can’t be produced during the rainy season. She sells her cheeses to restaurants in Bangkok, hotels including the Marriott, online and in farmers’ markets. Srikong hones her skills by practising, smelling, tasting—and researching on Google. “I believe my hard work will return results to other farmers,” she says. 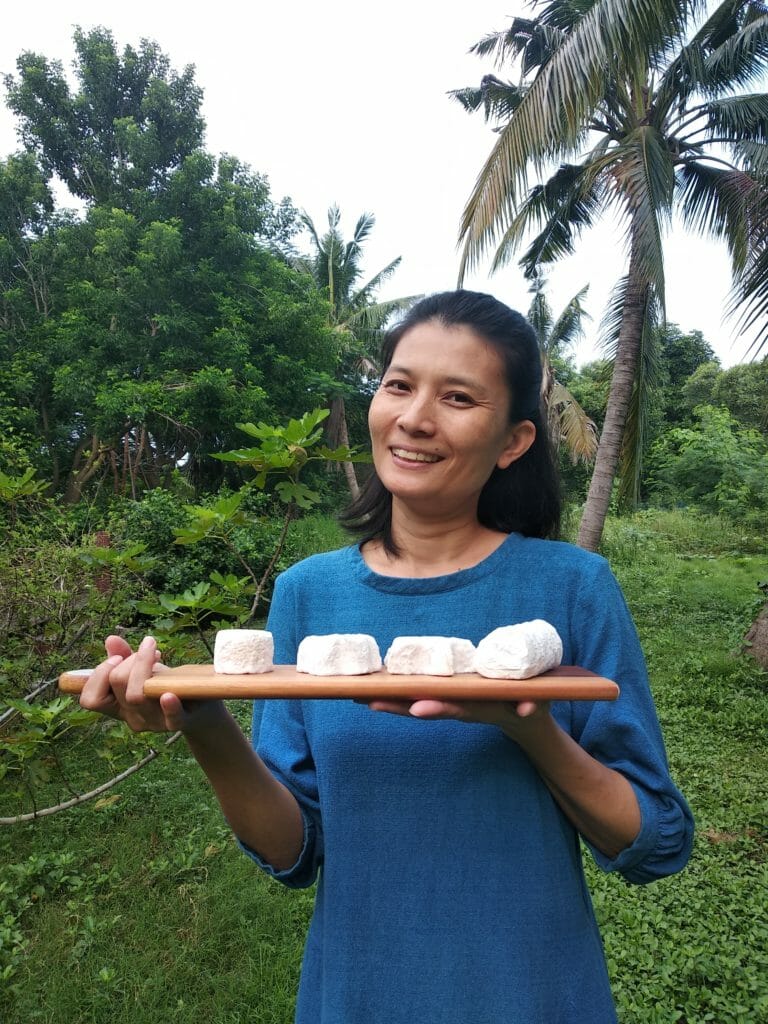 Kai Srikong gave up her job as a veterinarian to start her goat farm and cheesery. Photo courtesy Little Goat Farm.

So keep an eye out on your next trip to Chiang Mai or Phuket: Sweet desserts you expect to see in Thailand like tub tim krob, nam kaeng sai and kaw krep just might be joined by a selection of farmhouse cheddar, halloumi and blue.

CORRECTION: A previous version of this article incorrectly stated that Srikong’s goats produce five to thirteen liters of milk daily. We apologize for the error.

Kai’s service is really bad, and highly NOT recommended. Maybe the cheese are ok, though expensive, but when she makes a msitake at selling the wrong cheese to someone, she does not take responsability and exchange. Make the client wait forever. Anyway, not the type of person nad business you want to promote and support!! remember, your money is your power.