This Gambian farmer applies his generational knowledge to growing rice in an unexpected climate. 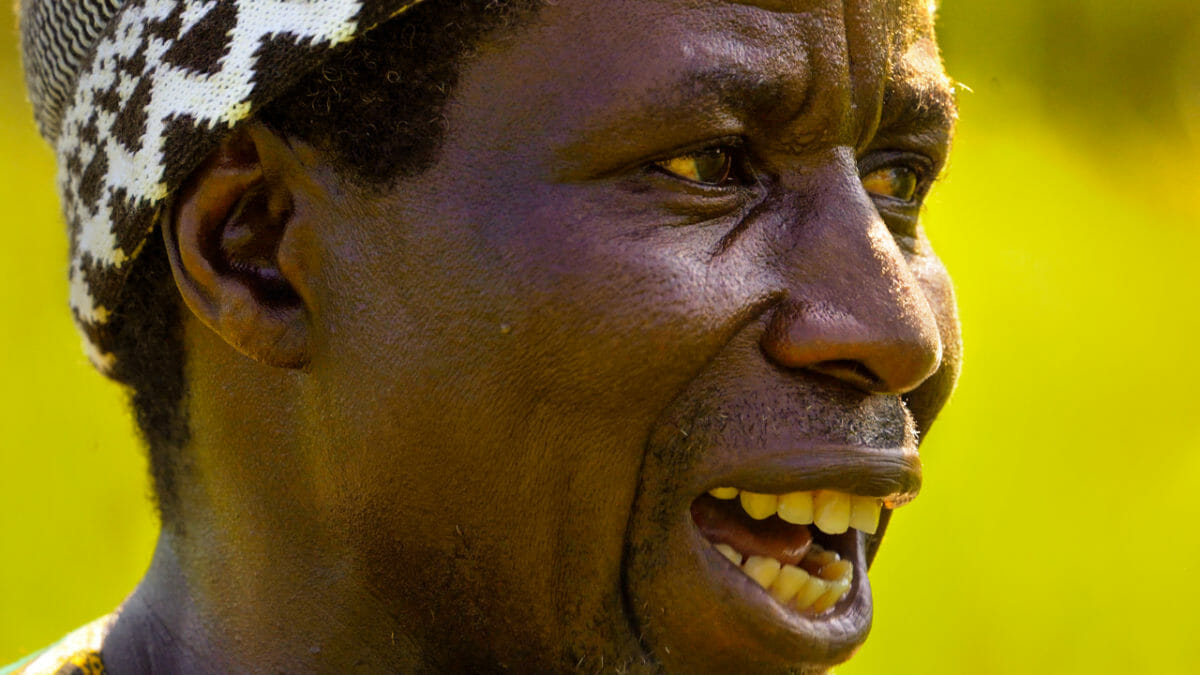 Nfamara Badjie’s parents taught him it’s much healthier to eat what you grow than food you can buy in a store.

The Gambian farmer has brought his generational knowledge across the ocean and is now applying it to growing rice in Ulster Park, New York. Badjie grew up learning the traditions of the Jola, a West African ethnic group that has grown rice for hundreds of years. He moved to the US in 2005, but it wasn’t until 2013 that he bought a swampy piece of land with his wife, Dawn Hoyte, to start a rice farm.

Badjie and Hoyte are among just a handful of commercial rice farmers in the northeast, where its cooler climate is typically not very conducive to growing the crop. But agronomists hope the couple’s innovative operation, Ever-Growing Family Farm, could provide a blueprint for other farmers in the area looking to introduce new crops because of the threat of climate change.

“We can reinvent agriculture even today,” says Erika Styger, an agronomist from Cornell University, who has been advising the couple with their crop. “And if we have that mindset, there is a lot that can be done. We shouldn’t get stuck in how we have done things and we need to adapt to climate change.” 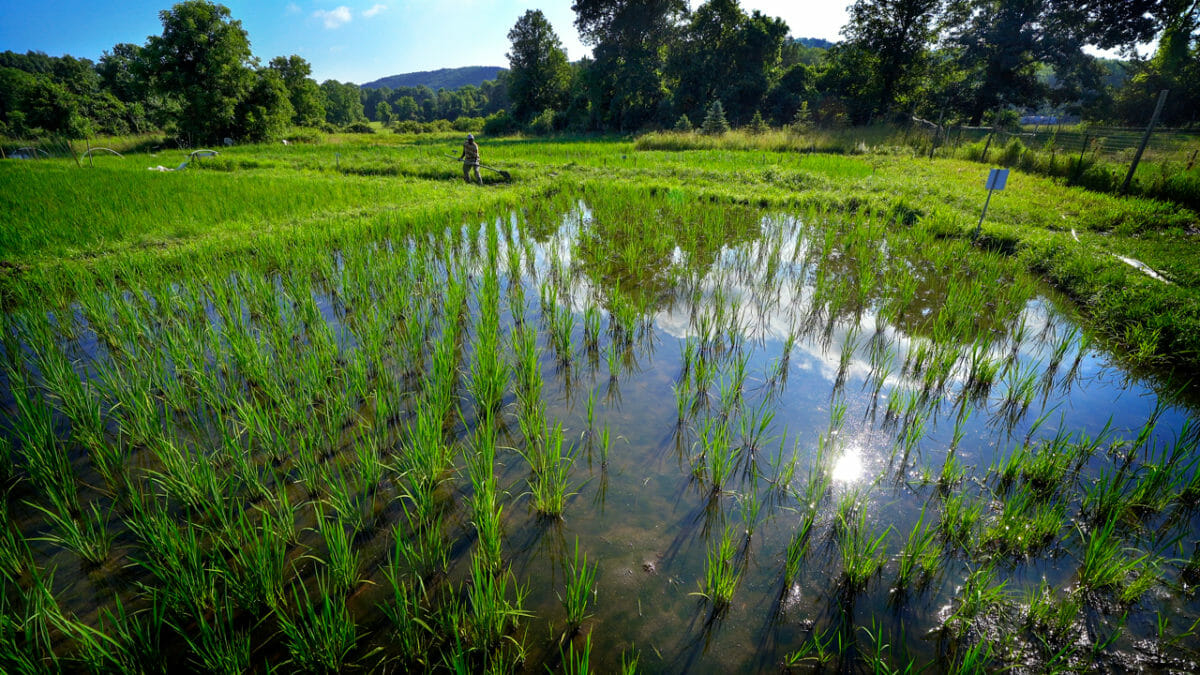 Nfamara Badjie on his rice farm in Ulster Park, N.Y.

Styger has been working with Badjie and Hoyte on a project funded by a $14,000 grant they received last spring from from Northeast Sustainable Agriculture Research and Education. The initiative involved growing an African rice variety called Ceenowa using traditional Jola methods and rice paddies. Styger says what makes the project particularly exciting is that it is led by African farmers using African techniques.

Badjie says one of the challenges of growing rice in New York is that the growing season is much shorter than it was in Gambia. He says that in Gambia, you can usually harvest rice twice in one season. In New York, it’s been a bit of a race against time to harvest rice before the frost arrives in the fall. “The climate is very different,” he says. 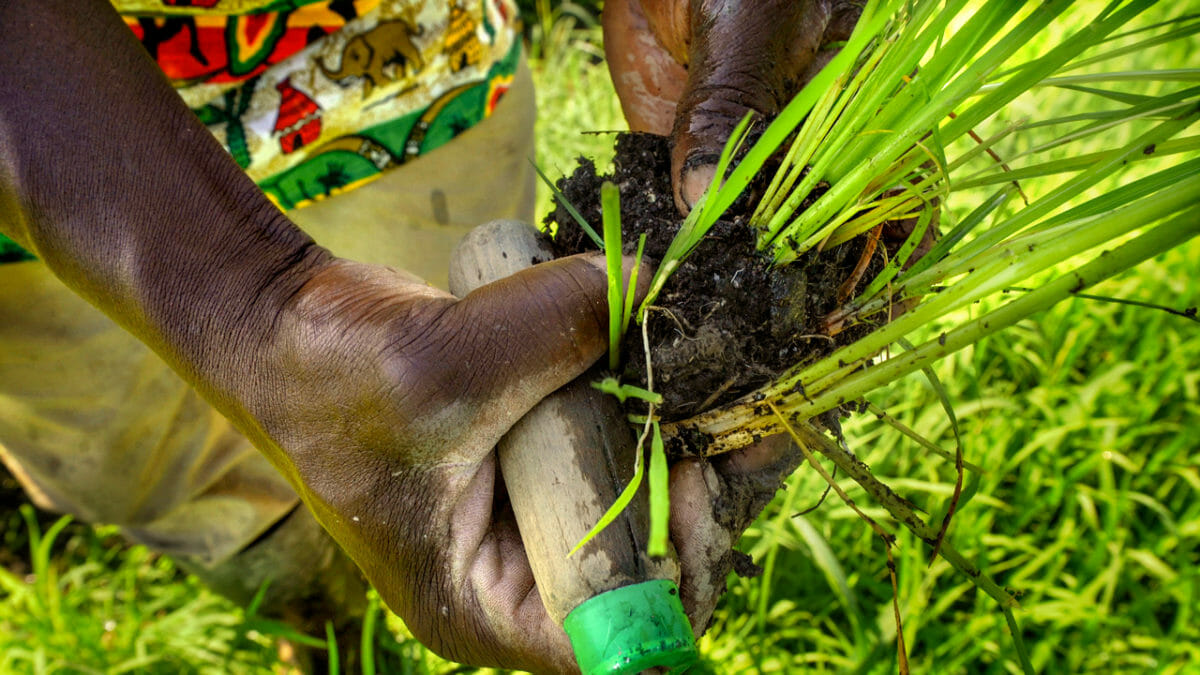 Nfamara Badjie holds a rice plant on his farm in Ulster Park, N.Y.

Badjie, who is a well-known drummer in Gambia, immigrated to the US on a performing arts visa. He now works during the day at a school, and devotes his spare time to the rice farm.

His three sons joined him in America in 2012 and he is now teaching them how to grow rice, as his parents taught him.

“This is what my parents taught me: how to play drums and how to grow rice,” he says.