I Can’t Farm if I’m Dead

A farmer’s essay about her struggles with depression. 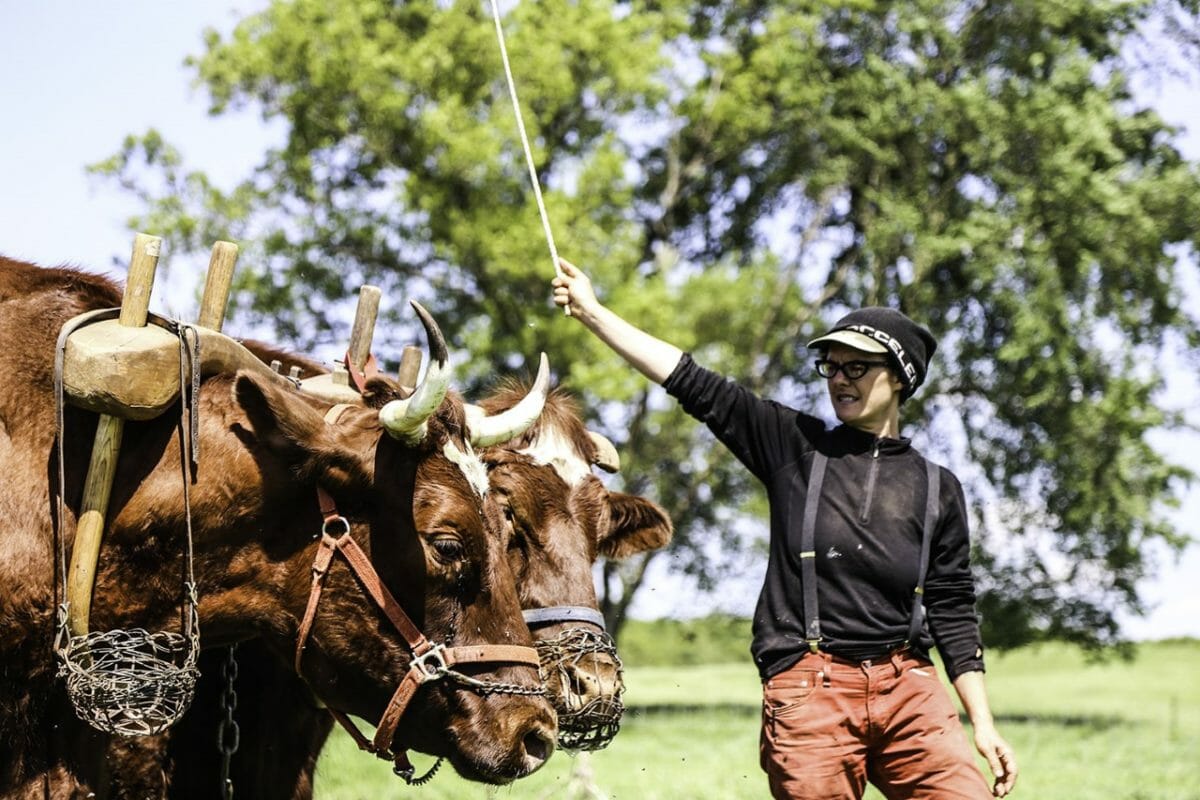 In late July, I was all ready to harvest my field of Turkey Red wheat. Except instead of going up to the barn to pull out the combine, I called my friend and had him drive me to the emergency room. My desire for a high falling number was being eclipsed by my incessant longing to hang myself.

I’ve had chronic suicidal ideation since I was a young teenager. I’ve been hospitalized before, mostly as a break for my brain from my compulsive thoughts of self harm I have sometimes acted on.

But when I’m not in the throes of an existential crisis, I’m farming. Well, I’m farming and I’m wondering if having a chronic illness interferes with my ability to call myself a farmer.

During the six days I was in the hospital this summer, I went through group therapy with 10 other people as stressed out as I was and individual therapy with two doctors (who, hopefully, were not as stressed out as I was). I wrote several times on the back of coloring pages with a magic marker (nothing as sharp as a pencil was allowed) about my fears that my crops might be suffering while I was eating prepared meals that came in plastic containers on a tray and sleeping in an antiseptic-smelling, air-conditioned box. I also wrote about another concern that I have had as long as I have been farming—does my inability to devote myself body and soul to my farming enterprise (because sometimes I need a trip to the doctor, the therapist, the hospital or even just the coffee shop) make me less of a farmer, or not a real farmer at all?

I knew that my friends were all getting up at 4:30 a.m. to go to market, were making hay, were milking cows, were driving horses, and I was taking naps in the boring afternoons, making sure I met my out-of-pocket maximum, and reading an entire 400-page novel in four days. I’m already a woman in what is still so often a man’s profession. I already have limited access to land and capital, which hampers so many first-generation farmers.

Farming requires you to give your all in a way that is both rewarding and also a little scary. In all my time working for other farmers and farming for myself, I have been acutely aware of how thinly stretched we are at times—in terms of labor, in terms of finances and in terms of energy. Making space for a little bit of slack can sometimes seem incredibly difficult.

But farming is also the thing that has propped me up many times. Knowing that my animals are waiting for me always gets me out of bed. Having them walk over to meet me in the morning is one of my favorite things. Those moments when every udder is empty and every mouth is full or when you know you’ve made enough hay for the winter feel so satisfying. Being outside every day in the sun and the wind and the rain—seeing sunrises and sunsets, rainbows and lightning—is something special that I don’t think everyone gets to experience. But I’m lucky, so I do. And the feeling that I am doing an important job—after all, everyone has to eat—has helped me through a lot of days.

“Well,” I scrawled as I lay in a room specially designed to make it incredibly difficult to hurt yourself, “I can’t farm if I’m dead. As long as I am farming, I am a farmer.”  I took that sheet of paper with me when I left the hospital.

It was only after I had returned to the farm, harvested my wheat, and made some hay that I realized that I would be remiss to pretend it was rare that mental health struggles affect farmers. Last year, Agrimark, a milk co-op in New England, to which several of my friends ship, got quite a bit of press when it sent out a list of suicide hotlines with its farmers’ bimonthly milk checks. While farming is an amazing and rewarding profession and there is nothing else I would rather do, you can’t pretend that farming isn’t hard and stressful even on people without a predisposition toward mental illness.

If you were wondering, the wheat quality ended up testing great this year. The grain made its way to the small local milling operation and will eventually nourish a lot of people. The field is now covered with red clover and a few spare clumps of stubble here and there. 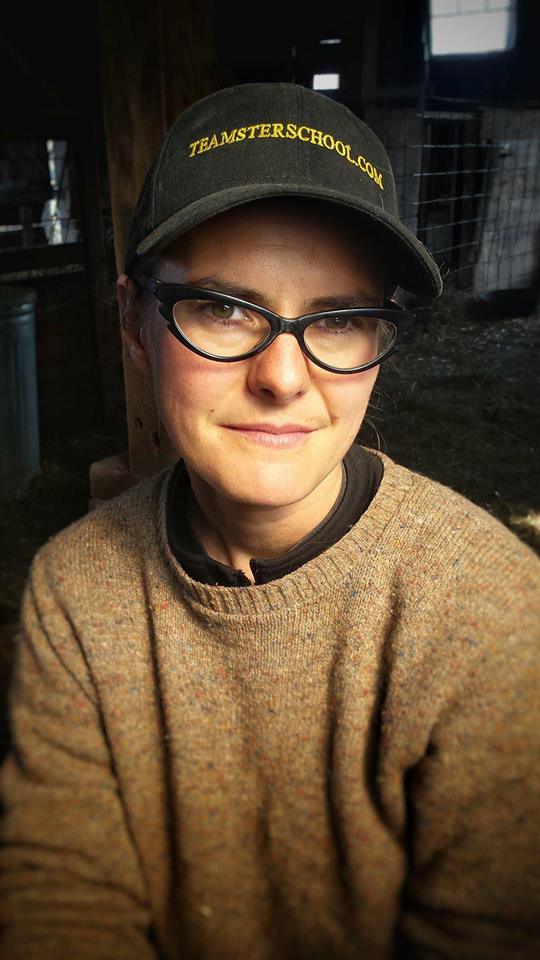 Ivy Pagliari is a first-generation, small-scale, live power grain producer in Michigan. This summer, she had to take a break from her farm for inpatient hospitalization to deal with her depression.

This was beautiful and empowering. Thank you for being brave enough to share your story.

Thank you Ivy for sharing your experience. It took no small amount of bravery to do so, and I hope that all the people who need to read your words do.

This article brought me to tears. Thank you for your courage in writing this article. I am also a farmer (vegetables) and you gave a great description of why I farm – the Joy of life working with the natural world. I’m dealing with a degenerative illness that this year meant I dealt with lots of physical pain. Pain never arrives at a convenient time. I felt very down on myself for not being able to work as hard as needed. Thanks for giving me another perspective. As a farmer there are so many demands on our time that self… Read more »

My animals keep me going too. Thank you for this article.

So glad you shared this, it’s so hard to share such deep feelings. I’m glad you accepted your feelings and acted to protect yourself. So brave! My daughter travels this road regularly and I know the strength it takes to share. Thank you! It helps us both feel less alone

Hi Ivy. I’m a young, female, first generation farmer in Vermont who also struggles with chronic depression and suicidal ideation. I was an Agrimark member when they sent out that letter with the suicide hotlines listed. I have had to leave farming operations because I was unable to be healthy/stay alive if I stayed in them. And I have also been saved by my crops and animals, by the intense peace, connectedness, satisfaction I find in farming. I think had I embarked on any other way of life, I would have struggled more deeply. The land and animals heal me.… Read more »

Thank you for sharing your experience and expressing so eloquently the rollercoaster of emotions of farming.

You are one strong lady. I admire your ability to “work through” and make it back. I have experienced my sad times and picking ones self up and get on with it is really tough.
Enjoy this Thanksgiving and Thank You for sharing you.

We were previously cranberry farmers for 30 years. I forced our “down size” about 7 years ago. So, now we are thinking of putting an offer on a property to start a flower farm. And, we are so excited! It’s part of you. This

Thanks for writing about depression…my 180 chickens get me up in the morning and I’m not sure I’d leave the bed otherwise.